When Scott Gable at Broken Eye Books offered me a review copy of Ride the Star Wind, an anthology that combines space opera with Lovecraftian weirdness, I told him straight up that I’m not really a fan of the Elder Gods, the Great Ones, and the rest. I get why Lovecraft’s shadow is so long (sort of) but honestly his writing never appealed to me, and I think his work is adapted too much, and usually badly. (I make one exception with Jonathan Maberry’s Kill Switch, which is awesome.)

That said… and work with me here, since I’m not supposed to curse… but @#$% this is a great anthology. I mean, after how much I enjoyed Never Now Always by Desirina Boskovich (also a Broken Eye title) I wasn’t really worried, but the stories in here hooked me way more than I expected.

Some are a little too weird for me, I’ll admit, but those are few and far between. If you’re into weird (unlike me) there’s material here for you, particularly Bogi Takács “A Subordinate Set of Principles,” which involves deadly creatures that are literally referred to by square and triangle symbols in the text because they’re impossible to describe. I’m going to have to reread that one. 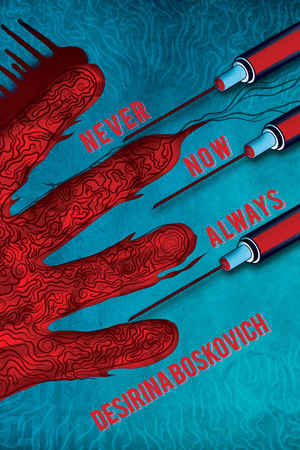 Mostly the stories are just fun rides, with great characters and well-defined worlds. Stories like Desirina Boskovich’s “Cargo” and J. Edward Tremlett’s “Behold, A White Ship” have that awesome space opera feel, with a crew venturing into the unknown and hints of a broadly defined and populated universe that just happens to include some Lovecraftian mystique. Either of those stories I would love to see expanded into a full novel.

And there are a variety of moments akin to Alien where you can’t help but think, “Dude, you really don’t want to do that” or “Yep, you are so totally screwed,” and then you have to keep reading to find out what happens next. “Union” by Robert White does this phenomenally, with a story told from the perspective of a space marine who finds himself trapped between two airlock doors, as a bizarre monster slowly leaks its way toward him.

I don’t look for themes or overarching ideas when I read anything, but you can’t deny there’s a common element in Star Wind of gazing into the unknown – sometimes with disastrous results, sometimes not. In “Sense of Wonder” by Richard Lee Byers, the focus is an explorer who prays to unreal gods to jump between worlds, and just wants to find something more interesting than his fellow humans. In Wendy Nikel’s tightly-written piece “When the Stars Were Wrong,” a captive on a shuttle can’t remember her own name – or why there’s a creature outside trying to get in. And in almost every case, the answers you get by the end of the story are not what you expect.

Like I said, I’m usually not a big Lovecraft fan — but this anthology rocks.

An Ottawa teacher by day, Brandon has been published in On Spec, Third Flatiron Anthologies, and elsewhere. Check out his alternate history story “The Last Best Defense” (Louis Riel meets otherworldly foes) in 49th Parallels: Canadian Alternate Histories and Futures, from Bundoran Press. Learn more at brandoncrilly.wordpress.com or on Twitter: @B_Crilly