Over at the Barnes & Noble Sci-Fi & Fantasy Blog, Jeff Somers has compiled his own list of the top 25 science fiction and fantasy releases for the month. His list includes titles by Stephen Baxter, N.K. Jemisin, Jeff Noon, V.M. Escalada, Daniel H. Wilson, Victor Milán, Cassandra Khaw, Stina Leicht, Beth Cato, and many others. Here’s a sample.

Sometimes you want to read a space opera that makes no apologies about the “opera” part, and this is it: Spencer Ellsworth’s debut novella goes big and refuses to go home as it tells the story of a galactic civil war fought between an all-powerful empire and a Resistance force seeking a long-lost artifact that will help it shift the balance of power in the universe. Did we mention that there are giant space bugs, sun-sized spiders, and entire planets populated by cyborgs? Well then.

Crashlanding on the icy planet Valinda — gripped in a long winter that will soon give way to a deadly summer — Delia Kempf finds herself pursued by the violent, terrifying Skelt. The Skelt want the scientific knowledge Kempf possesses, and Delia is forced to make unlikely allies with friendly aliens to flee south, and make the dangerous crossing over the equator as the temperatures rise. There, they find other survivors of the starship crash, and make a final play for rescue in the valley of Mahkanda, a desperate dash across an unforgiving and unfamiliar landscape. Originally published as two novellas, this bind-up offers the complete story.

Los Angeles, 1970 — James Brimstone was once a child magician, but now steps into the shoes of his recently deceased mentor and becomes a private investigator. His first case comes from an adult film actress, who reports that an older performer attacked her via snake emerging from her mouth. Brimstone smells magic, and proceeds to take the reader on a journey through a pulp-inspired L.A., where magic and the occult are woven into the fabric of reality. Bedding his client’s friends, throwing punches, and dealing with everything from demons to disturbing Japanese pornography, Brimstone travels ever-deeper into the city’s underbelly in pursuit of the truth. 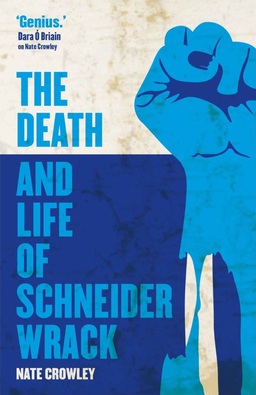 The Death and Life of Schneider Wrack, by Nate Crowley (August 8, Abaddon — Paperback)

Crowley explores the possibilities of reanimation as punishment in a world where convicted criminals are harvested post-execution, reanimated into thoughtless zombies, and put to work. When Schneider Wrack is convicted of a crime he’s pretty sure he didn’t commit, he’s sentenced to zombification. Reanimated after his execution, Wrack’s zombie body is transported to the hellish world of Ocean, where he is pressed into endless labor on a huge ship, working until his undead body simply falls apart. But then Wrack wakes up again, finding himself trapped in his rotting body — and contemplating an uprising of the undead.

Check out these other lists from the B&N Sci-Fi Blog: