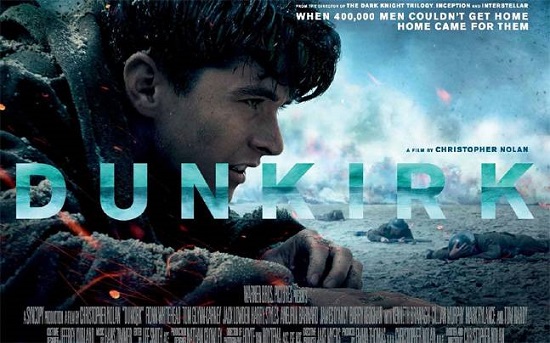 I went to see Dunkirk here in Oxford with a bit of trepidation. Having grown up on war movies, both American and British, I’ve grown weary of the thinly veiled propaganda and nationalism that most of these movies are. I do like a good war movie, but I always find myself squirming in the seat at some of the politics.

Unfortunately there was quite a bit of that in Dunkirk, and yet it is a brilliant film nonetheless. Filmmaker Christopher Nolan (Interstellar, Inception, The Dark Knight Trilogy) has made a film that’s not so much about fighting as it is about the reaction of various individuals to violence and the threat of death. Zeta Moore has already reviewed this film for Black Gate, but I wanted to add my two cents. 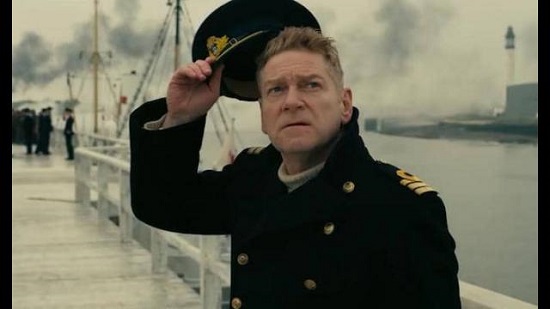 Moore has already spoken of the excellent acting and the visual splendor of this film. What I especially liked about Dunkirk was something that many critics did not — that there was little characterization and no real plot. We do not really get to know the characters beyond their need to survive the moment. They live entirely in the present. There are no flashbacks, no breaks in the fighting to talk of loved ones back home, the action is relentless and the characters do not get a chance to show much individuality. While that’s a creative risk, it’s also realistic. The troops stuck on the beaches of Dunkirk had only one thought — to live. Nolan’s film accurately captures that.

I also like that there is very little heroism in this film. While the RAF pilot is a hero straight out of central casting, and the civilian boat captain shows a quiet sense of duty, all the squaddies stuck on the beach are looking out more for themselves than God, King, and Country. They are ruled by fear, not a sense of patriotism. At times they behave abominably.

Even the jagged juxtaposition of the three different narratives that caused confusion among some viewers works quite well in my mind. The movie really is confusing at times, but then again so is war, and the way the three stories tie together at the end is pure brilliance.

I did have one major problem with this film. There is virtually no representation of the large number of French colonial troops at Dunkirk, the three companies of Indian troops on the beaches, or of the colonial crewmen who made up about a quarter of the crews of the merchant vessels who saved them, something the media has picked up on. Nolan seems to forget this was a world war and that democracy was saved just as much by those who didn’t get to enjoy the fruits of democracy as it was by those defending those rights for themselves. This was also my main problem with Saving Private Ryan, an otherwise great war film where Tom Hanks and his buddies manage to travel across the entire front without coming across a single African-American soldier in their segregated army.

Complaints about Dunkirk have been branded “political correctness” by some of the conservative media here in England, but it isn’t about political correctness, it’s about historical accuracy. Just as the American Civil War was about slavery, Nazi Germany was defeated by people of all colors and there were a whole lot of black and brown faces at Dunkirk. By not recognizing these inarguable facts, we are succumbing to the same racist attitudes that our grandfathers were risking their lives to defeat.

Despite this unacceptable historical whitewashing, there is no denying the film’s artistry and emotional impact. This is a gripping film that any fan of war movies absolutely must see. I just wish Nolan had hired some Asian and African extras or even (gasp!) put one in a speaking role to make his film even more realistic.

As to SAVING PRIVATE RYAN, a unit of U.S. Army Rangers on the front line would not have encountered any black troops. The 93rd Division had been sent to the island of Bouganville in the Solomon Islands and then withdrawn after poor performance. The division was used as stevedores in New Guinea. The 92nd Division arrived in Italy in late 1944. It had the distinction of breaking and running from Italian troops in February 1945 when the war in Europe was almost over. Most black troops were used in engineering (i.e. construction) and supply units. More detail here: http://www.history.army.mil/books/wwii/11-4/index.htm.

The 320TH Barrage Balloon Battalion Battalion landed at D-Day. The 761st Tank Battalion saw extensive and distinguished combat in France, although not until autumn so perhaps slightly later than the movie’s timeline. As for the engineering units, they were often right up at the front bridging rivers, clearing roads, etc. They took fire on a regular basis.