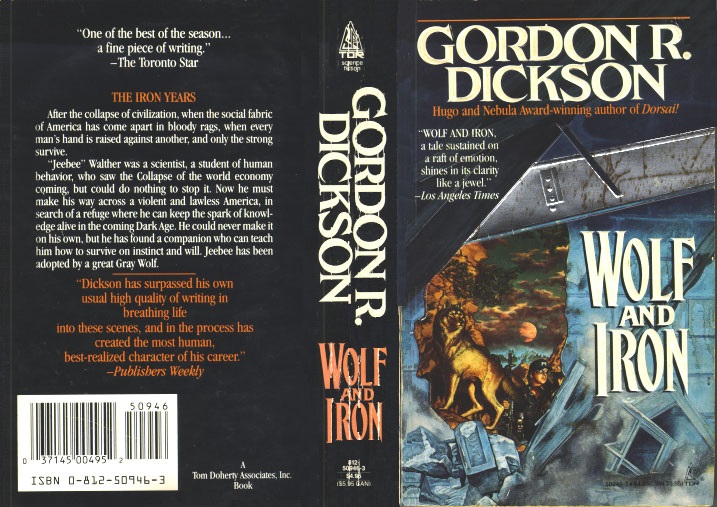 sidekick, n.
…3. orig. U.S. slang. A companion or close associate; esp. a loyal assistant of a more important or powerful person; (also) a partner in crime, an accomplice.

Last spring I published my first novel, Guile. It’s a YA fantasy in which the main character, Yonie, has a talking cat named LaRue for her best friend and quasi-sister. Writing their scenes together made me think about other animal sidekicks I’ve loved in fantasy literature.

Human sidekicks (or humanoid, like Chewbacca) tend to have defined roles such as friend, colleague, or employee. With animal sidekicks the relationship is often closer. They may enjoy a unique bond with their human, sometimes even sharing their thoughts. Their emotional closeness is often reflected physically — an animal sidekick may act as a steed for a human, or if it’s small it may ride on the human’s shoulder.(*)

Here are some of my favorite books that have animal sidekicks, broken down roughly by intelligence level of the animal. I’m focusing on sidekicks, but please take it as given that these books also have wonderful settings, original ideas, and main characters to cheer for!

Animal sidekicks don’t need to be superintelligent to be supercool. Gordon R. Dickson’s Wolf and Iron tells the story of a man and a gray wolf making their way across a shattered, post-collapse America. Wolf is not magical or science-fictional — his only unusual trait is that he was raised by humans, and so is predisposed to accept the main character, Jeebee, as a traveling companion. A big part of the book is how Jeebee comes to understand wolf behavior and how the two form a bond of loyalty for mutual survival. Wolf is an unusual example of a just-plain-animal sidekick who has an equal relationship with a human. Jeebee calls Wolf his partner, and they both make decisions in their travels.

The Magic Ex Libris series by Jim C. Hines features a “fire-spider” named Smudge who was plucked from the pages of a book by the magic of libriomancy. Though Smudge isn’t terribly bright, he can warn of approaching danger by heating up dramatically. This comes in handy for his owner, who has learned to keep Smudge on a fireproof pad to avoid accidents. 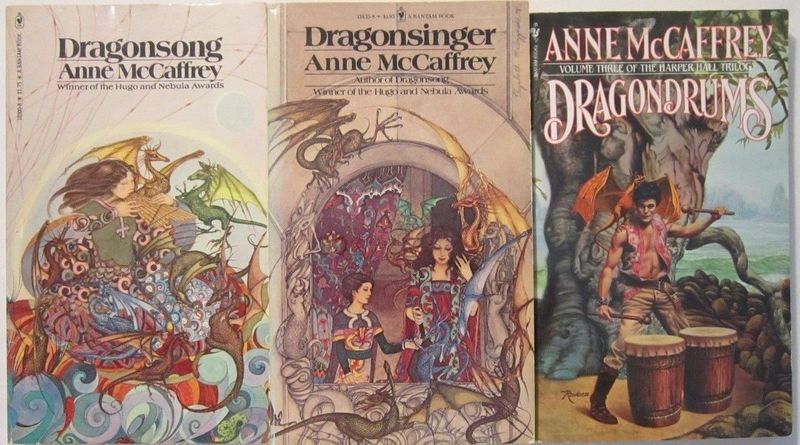 The fire lizards of Anne McCaffrey’s Dragonriders of Pern series are probably less intelligent than a German Shepherd, but they can share simple images telepathically and can teleport, which makes them ideal for carrying messages. Think Harry Potter messenger owl, but with extreme loyalty and singing talent. 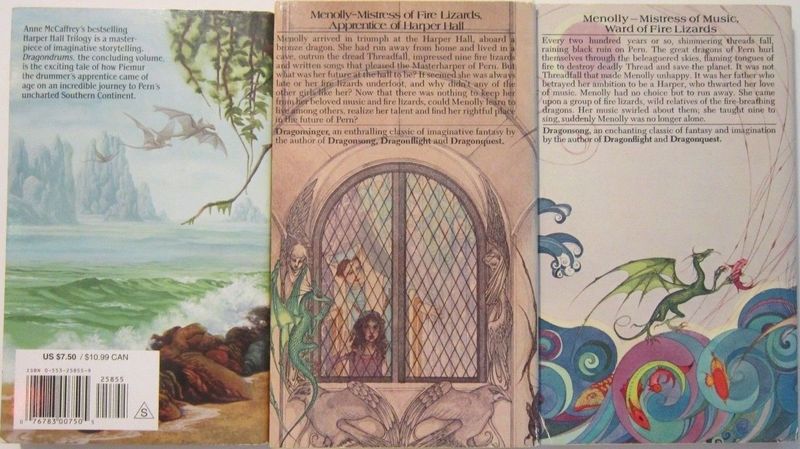 Fire lizards aren’t bought and sold, because at hatching they imprint upon a single human and remain loyal to them for life. (Humans, however, can have multiple fire lizards.) 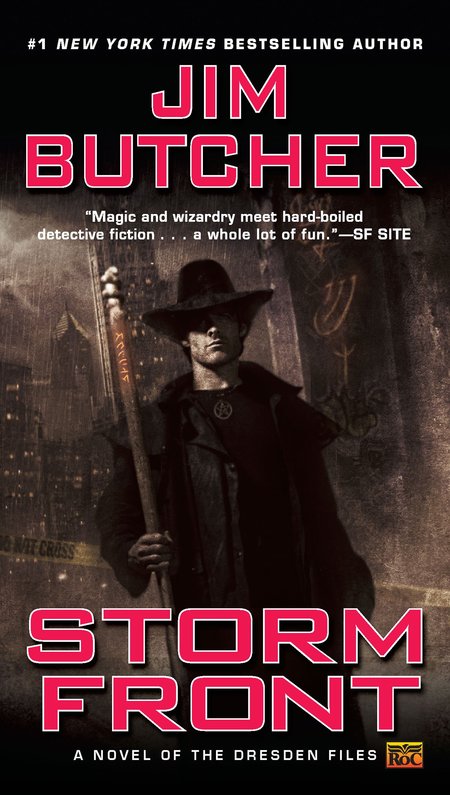 Some animal companions don’t have human-level intelligence, but they’re not your ordinary animal either. In The Dresden Files by Jim Butcher, the main character is a modern-day wizard who partway through the series adopts a young Tibetan temple dog that turns out to be the descendant of a guardian spirit. The puppy, originally named Mouse after his coloring and small size, soon grows immense–and immensely awesome. Although Mouse can’t talk, he can understand human speech remarkably well and is deeply committed to fighting evil.

Smart as a Human (But Mostly More Loyal)

Coming back to Anne McCaffrey’s Pern, we find that the bond of fire lizard and human is only a pale shadow of the partnership between a dragon and its rider. Pernese dragons can talk telepathically with their riders and with each other. They can also teleport while carrying humans, which makes for exciting travel possibilities. The dynamic of brave humans teamed with powerful, loyal dragons to protect their planet is what made the Pern series snuggle in close to my heart back when I was a teenager. However, it’s clear that humans have the power in the relationship. If a dragonrider dies, the dragon will commit suicide. If a dragon dies, its rider — well, they’ll be devastated at first, then somewhat melancholy for the rest of their life. 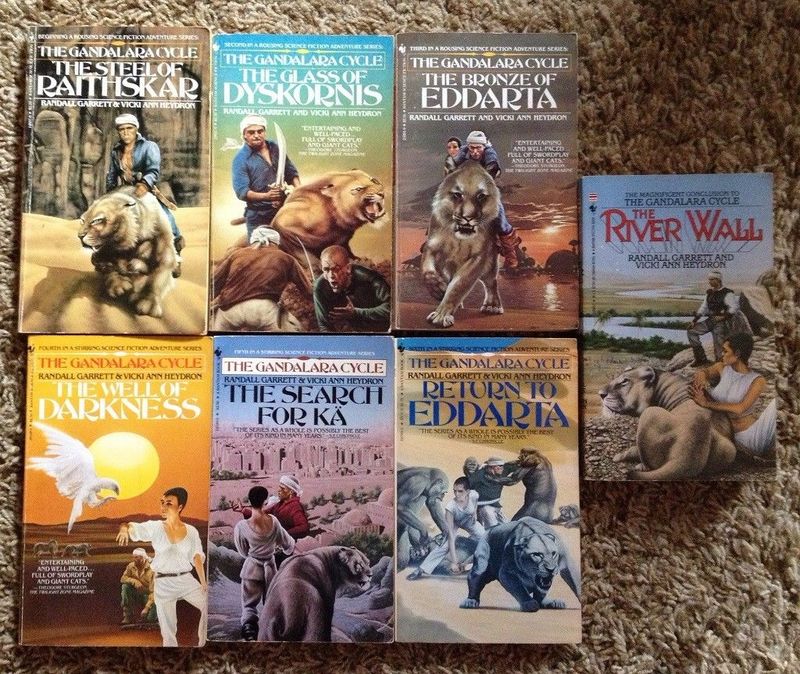 All 7 volumes of The Gandalara Cycle

The Gandalara Cycle by Randall Garrett and Vicki Ann Heydron gives us the “sha’um,” giant sabertoothed cats who share thoughts with their riders while loping across the desert sands. Like the dragons of Pern, sha’um bond with one person early on. 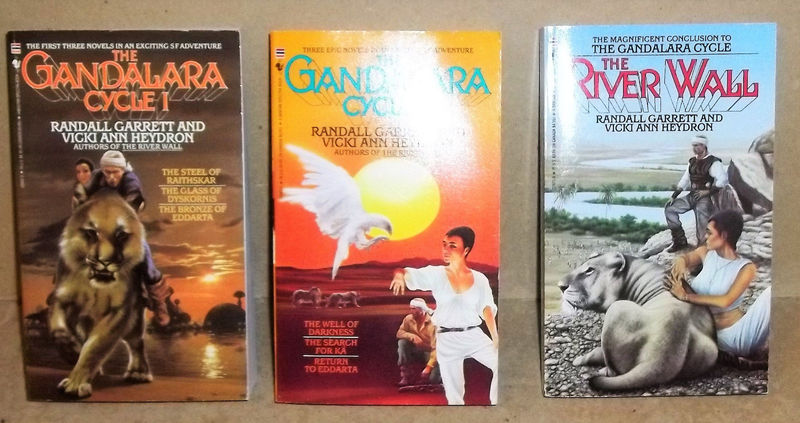 But interestingly, the books explore whether the cats are partners to their humans, or subservient to them. The main character, a man from our world transported into a humanoid Gandalaran body, struggles with this issue and ends up having an unusually egalitarian relationship with his cat.

Some sidekicks have supernatural abilities that outstrip their human companion’s. One such is the Disreputable Dog from Garth Nix’s Old Kingdom series. The Disreputable Dog, best friend to the girl Lirael, is a magical creature of great age and wisdom who nonetheless never loses her own charming dogginess. The same series also brings us Mogget, a cantankerous cat who is also far more than he seems. In both cases the dynamic is shaped by the fact that the animal is much older and more knowledgeable than the human.

LaRue, the feline sidekick from my novel Guile, also possesses arcane powers that her human friend Yonie lacks. These are marketable skills in a human but considered an abomination in an animal, which is why Yonie poses as the skilled one in their slightly fraudulent business plan. They have a fairly equal relationship, but there is the wrinkle that LaRue has essentially been shaped by forces beyond her control — the “guile” in the local water–to be the perfect companion for Yonie. What’s more, LaRue knows this, and in the course of the book needs to resolve the challenge that this poses to her loyalty.

The closest sidekick relationship of all occurs in Philip Pullman’s His Dark Materials. In the main world of that trilogy, every human has a daemon — an animal companion that is an outward manifestation of their soul. The main character, Lyra, is a child, so her daemon Pantalaimon changes frequently from one type of animal to another to suit her mood, her wish for new experiences, or the practical requirements of the moment.

Yes, animal sidekicks are wonderful! Now if you’ll excuse me, I’m feeling a strong urge to go pet my cat.

(*I first imagined LaRue as a majestic cat of large proportions, in keeping with her voice. But I got worried that she’d be trampled or be unable to see the action from low to the ground. Eventually I made her ride on Yonie’s shoulder, and since I didn’t want Yonie to develop back problems, I changed LaRue to a featherweight cat with a queen-sized attitude.)

Constance Cooper is the author of the YA fantasy novel Guile (recently released in paperback!) which grew from a short story published in Black Gate. Her work has also appeared in Asimov’s Science Fiction, Strange Horizons, Lightspeed, and most recently the anthology To Shape the Dark. Constance has worked as a linguistic researcher, a website developer, a software engineer, and for one memorable stint, a professional balloon twister. She lives in the San Francisco Bay Area with her husband, two children, a cat, and a baby corn snake. Her website is www.constancecooper.com.

I enjoyed this article. I love a good sidekick. I’ll even stick with a series I’m on the fence about if I think the sidekick has possibilities. I’ve made a note of The Gandalara Cycle for future reading.

Two other sidekicks worth mentioning I think are Kaladin’s “Honor Spren” Syl in Brandon Sanderson’s The Way of Kings, and the Irish wolfhound Oberon in Kevin Hearne’s Iron Druid series.

Oh, The Gandalara Cycle is wonderful. It’s been a very long time since I read it and must soon do so again. Your book also sounds great, and I’ll be giving it a try.