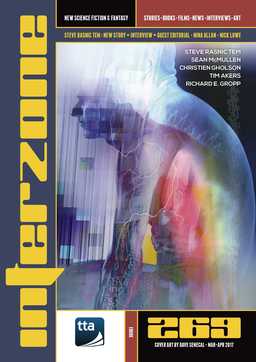 This issue of Interzone brings us five substantial short stories… The illustrations in this magazine also deserve a mention – Richard Wagner has created some absolutely gorgeous images to accompany the first three stories in particular….

In “Still Life With Falling Man,” by Richard E. Gropp… we meet Julian, whose job is to hunt down “nexûs” — places where time has inexplicably slowed so much that it almost seems to be frozen, sometimes trapping people with it. We learn that ten seconds for such victims would last a little over twenty-seven million years, giving them (from their point of view) a speeded up journey to end of the universe. This story is a really clever take on the notion of relativity, and also tackles themes of relationships and the difficult idea of accepting oneself as a tiny part of an infinite reality. This was very much my favorite story in this issue…

“The Common Sea,” by Steve Rasnic Tem (who also writes the editorial in this issue) is set in a near-future where sea levels have risen so much that Tom and his extended family are living in a house sitting in water, raised up on stilts. The only form of travel is by boat. One day he sets off the “the Dock” — a collection of floating barges and platforms connected to a small strip of land. The normal trajectory of such a tale would be to describe a hopeless, dystopian future where everything is awful and everyone is downtrodden and depressed. It’s refreshing that Rasnic Tem doesn’t take this route — instead choosing to reflect on the triumph of the human spirit over adversity. A pleasing end to this issue of Interzone.

“The Influence Machine” by Sean McMullen
“A Death in the Wayward Drift” by Tim Akers
“Still Life With Falling Man” by Richard E. Gropp
“A Strange Kind of Beauty” by Christien Gholson
“The Common Sea” by Steve Rasnic Tem

Here’s a peek at the TOC. 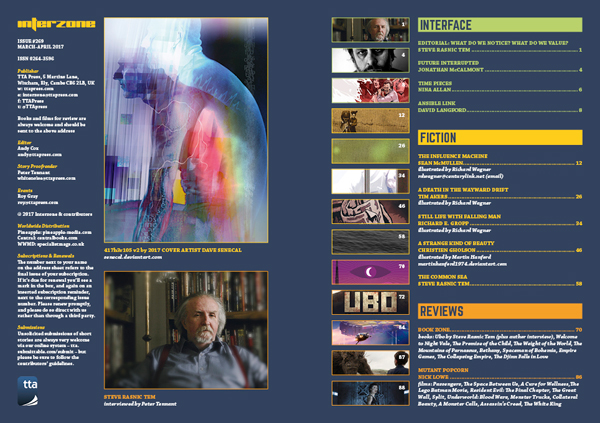 Interzone is the sister magazine of Black Static, both are published by TTA Press in the UK. The distinguished Andy Cox is the editor of both.

Interzone is one of the few remaining fiction magazines to include illustrations — and, as Kat pointed out in her review, great illustrations at that. Here’s the opening spread for “The Influence Machine” by Sean McMullen, illustrated by Richard Wagner. 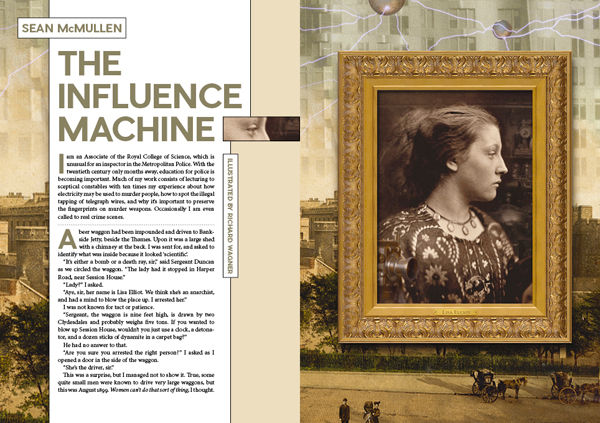 And “A Death in the Wayward Drift” by Tim Akers, illustrated by Richard Wagner. 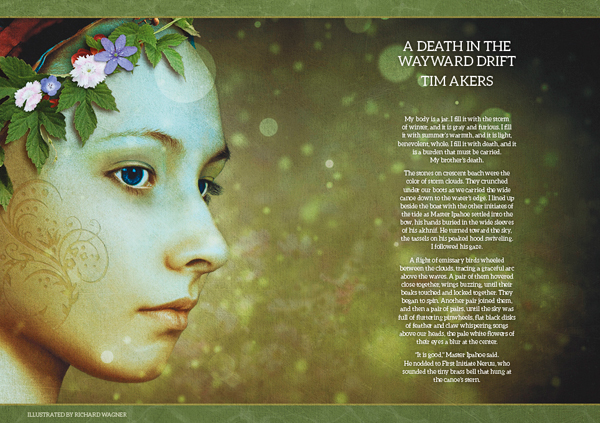 And “A Strange Kind of Beauty” by Christien Gholson, illustrated by Martin Hanford. 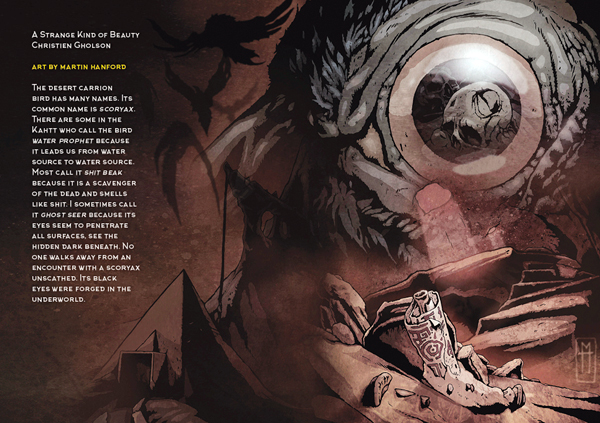 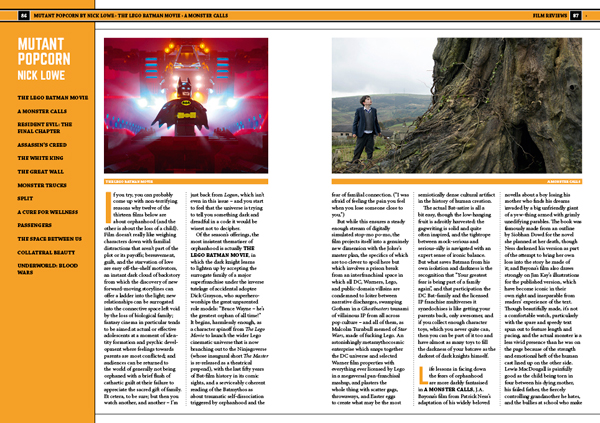 As we’ve mentioned before, magazines like Interzone are completely dependent on fans and readers to keep them alive. I hope this one survives for a good long time — but it won’t without reader support. If it sounds intriguing, I hope you’ll consider buying an issue next time you find yourself browsing the magazine rack.

See more details and excerpts from issue 269 at the TTA website.

Interzone is edited by Andy Cox, and published by TTA Press. It is 100 pages, priced at £4.99. The cover is by Dave Senecal. Copies are usually around $9.99 here in the US. A six-issue subscription is £27 (UK) and £33 in the US. Order right from the TTA Press website.

We last covered Interzone with Issue 267.

See our Late March Fantasy Magazine Rack here, and all of our recent Magazine coverage here.