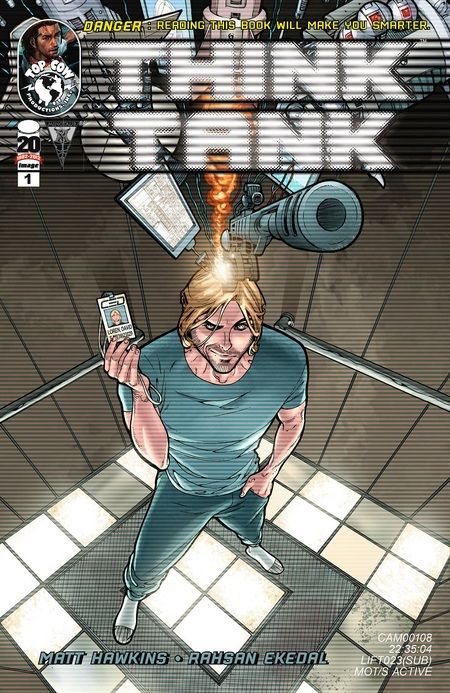 Recently I’ve been reading Think Tank, by Matt Hawkins and Rahsan Ekedal at Top Cow (under Image Comics). It’s a series that started in 2012, ran for about a dozen issues, has had subsequent small series since, and as of 2016, was under movie development.

It looks like a comic that was written for me.

Warning and apology: There is *no* fantasy in this post or in this comic. The story is based on the technology of right now, and what is easily plausible in the next decade or two. Strictly speaking, I would be hard-pressed to call it science fiction. It’s now, just the parts we don’t see.

But in a very real sense, it fits into the aesthetic of fantasy in that we are looking into an unfamiliar world through a story that tells us a lot about ourselves. So, sorry.

So, Think Tank is the story of Dr. Loren, a young guy who got recruited by the US military at 14 years old because of his genius. He and other people like him work in a super-secret set of labs and he designs military tech: drones, mini-drones, micro-drones, invisi-suits, bioweapons, etc. 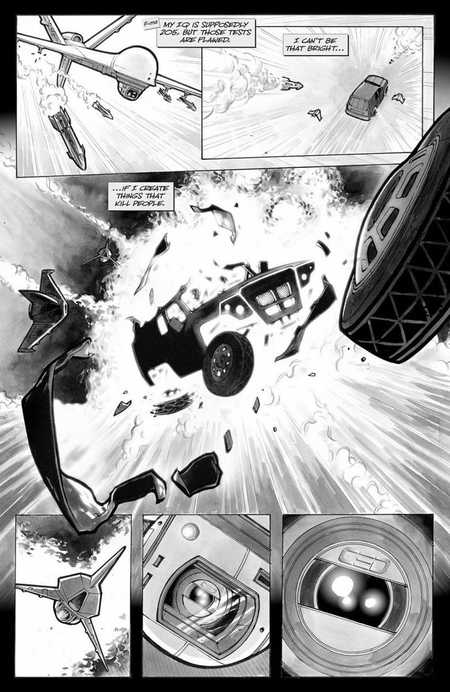 One day, as he watches another test of his stuff in real life, he sees someone else murdered (obviously an enemy of the USA), and he has a change of heart. He’s sickened by what he’s designed and done and he wants out.

Except he can’t get out. He’s a strategic security asset with a dozen years experience in designing the most secret things in the world for the US military. The first issues are about him breaking out and how he does it. It’s all really cool. I won’t tell you how he ends up back in the lab for the second arc, but when he’s there, he develops some bioweapon that’s so bad it’s designed to get oversight attention to get him out.

But why did I say this comic was written for me?

Firstly, most of you probably know I’m a science fiction writer. However, I don’t think it’s common knowledge that for my masters degree in molecular biology, I built genetically-engineered viruses for gene therapy. I’m not saying that because you need an advanced degree to read this book (Quite the opposite. I’m surprised at how accessible Hawkins makes Think Tank!), but because I love science. 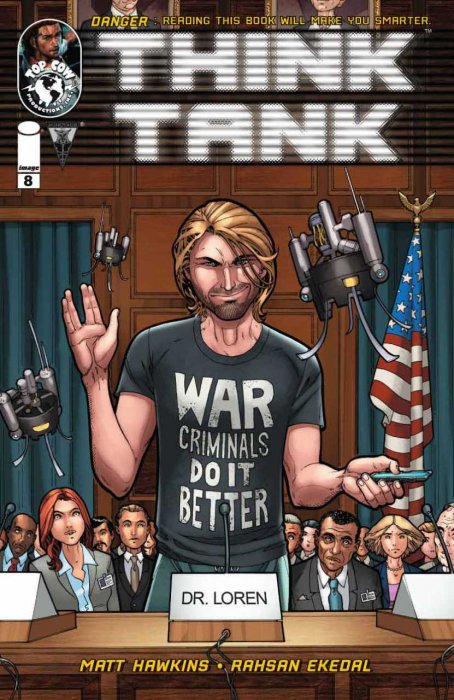 Not only is the story about the technology, at the end of every issue, Hawkins treats us to 3-4 pages of “I didn’t make any of this stuff up” bits – describing the real-world tech of flying drones, underwater drones, the US industrial complex, the geo-political backdrop to the foreign assassinations, and so on. It’s fascinating.

Secondly, for the last 5 years or so, I’m pretty sure that I’m going to die by some Terminator-esque, DARPA-developed robot. This sounds stupid, but have you seen those robot dogs and robot giant snakes? (Click on the links — they even added menacing music!) The dogs are to carry stuff in combat, but how complex will it be to mount automatic weapons on those things? And the giant snake? Ugh… 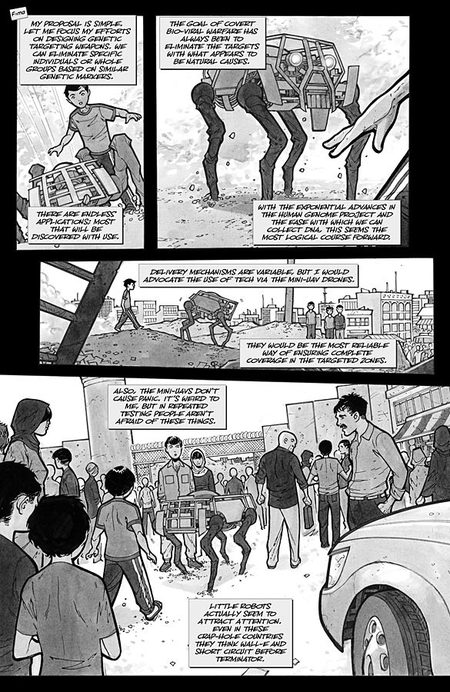 The scariest part of the comic is not the weapons or the tech, but the plausibility of all of the politics. That the US would conduct surgical strikes on people in foreign countries is beyond dispute. 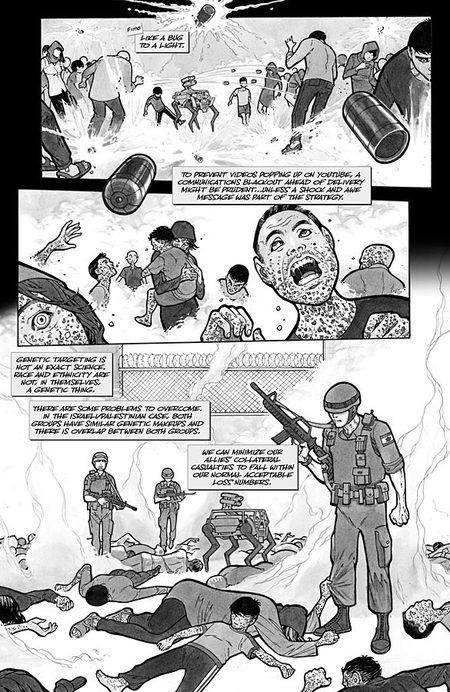 Seeing the implications dramatized is deeply disturbing. And not to be a conspiracy theorist (I am not one), do we believe that every soldier and politician and public servant is always going to think of the greater good?

Think Tank is a great series and would make a great movie. It asks us, overtly and subtextually what would be done if governments had even more military power than they do now, the godlike power to strike down individuals and families, and the cold calculus that goes into the godlike decisions. I recommend it. It’s available at Comixology.com and in comic shops.

Derek Kunsken writes science fiction and fantasy in Gatineau, Québec. His latest story, Flight From the Ages, was published in Asimov’s Magazine and will be reprinted in Gardner Dozois’ Year’s Best Science Fiction, Volume 34.

That robot eel is creepy as all get-out. I can imagine way too many ways to use it for nefarious purposes. (It’s probably best for everybody that my D&D alignment is lawful good.)

This sounds like just the kind of comic book to get me back into the medium. I kind of fell off when I was a broke grad student. Now that I’m a broke writer… Hm, that’s not an improvement for purposes of comic collecting, is it?

Yeah, price became the great limiter when I was in university. But comixology has a few options – they have sales where digital versions are deeply discounted (so that comics are $1-$2) and they’ve got kind of a membership where you have access to a lot of their 6+ months old stuff (kind of like Netflix for comics) for a monthly fee. Where I’ve been finding some very economical deals lately has been humble bundle. Top Cow had a bundle in December (including Think Tank) and in January Image had a huge one. I paid $20 to image (and charity) and got maybe 25+ digital trade paperbacks (so maybe 120-150 comics?). I missed a few humble bundles so now I got onto their mailing list.