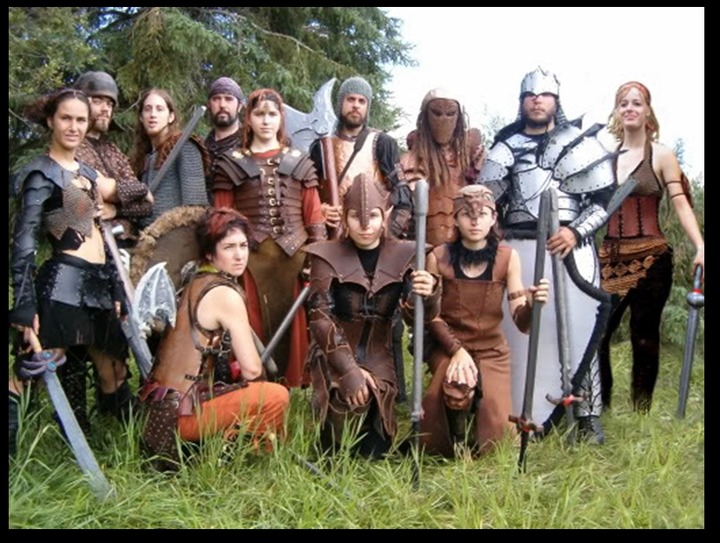 The conversation in the office at my day job was, for once, interesting this week. I overheard several of the engineers discussing LARPs, meaning Live Action Role Play, an activity with which I only have a nodding familiarity. The topic occasionally comes up at the various Cons we cover each year, in the context that cosplayers are sometimes also LARPers.

As there was no way I was going to blow my Black Gate cover by jumping in the middle of the engineers’ discussion, I decided to do a bit of investigation on this topic. I became curious to know how popular LARPs actually were, what type of scenarios are explored and who were the people engaged in the activity?

First, to begin as they say, at the beginning…

LARP is described as one-part improvisational theater, one-part reenactment and one-part role playing game. As you may have guessed, it owes its structure origin to Dungeons and Dragons. Like D&D, a game master or GM (vs a dungeon master) determines the rules and the setting of the game, and may also influence events or act as a referee during play. Unlike D&D where players build and describe their characters through a narrative, LARP players take on the physical role of their player character (PC) and act out the storyline in a real environment. 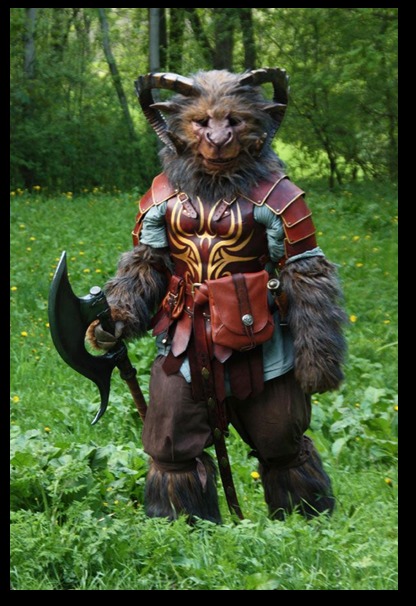 Though there does not appear to be a single point of origin, I was a bit shocked to learn the earliest organized LARPs trace their history back to the late 1970s and a group called Dagorhir that focuses on battle games inspired by Lord of the Rings. Today Dagohir has chapters all over the world and boasts thousands of members. Then came the IFGS or the International Fantasy Gaming Society established in 1981 by a group of friends in Boulder, CO but which now boasts chapters in ten states. According to their web site:

IFGS games emphasize opportunities for our members to utilize their own imagination, either by writing a story, playing out a role or by helping create an environment through settings, props, or special effects. Our games are usually team adventures, where each team is competing against the story rather than against other players.

Unlike Dagorhir which contains full contact combat (with elaborate weapons made from foam by the way) but no magic, IFGS has extensive magic elements and the IFGS rule book is primarily devoted to characters with “spell-caster” capabilities.

The most commercially successful published LARP is White Wolf Publishing’s Mind’s Eye Theater which takes place in WWP’s World of Darkness universe. This is where I first became acquainted with LARPs having trailed after a friend to attend a session of Vampire: The Masquerade being held in a Catholic church which had been converted into an event space.

The flavor-du-jour these days are “School of Witchcraft and Wizardry” varieties, all capitalizing on the Harry Potter universe and our secret desires to attend Hogwarts. 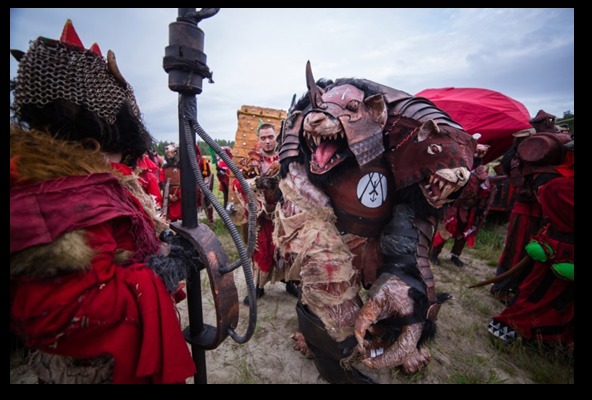 However, LARPing is far from a kid’s pursuit, or at least primarily aimed at kids. What I found is that most LARPer are adults and many LARP organizations have an “over 18” rule, though there are those like IFGS who have “family friendly” games. The target demographic seems to stem from GM’s wanting the freedom to take the game in any direction without fear that it is too violent or contains too many adult themes. From the photos and YouTube videos I found, it may also be due to the availability of expendable income. Though most LARP organizations state that they welcome all levels of involvement, photos of LARPs contain some of the most elaborate costumes to ever grace a cosplay convention. The Harry Potter-esque LARPs inevitably take place in historic castle locations over a three-day weekend and cost upwards of $1500 per person (meals in the great hall and dorm rooms included).

So who are LARPers?

The magical question of how many people participate in LARPs each year is elusive, with estimates reaching upwards of one million people worldwide. However the top reasons people gave for their love of LARPing is totally logical and align with those of gamers and cosplayers alike; friendship, storytelling and entertainment. 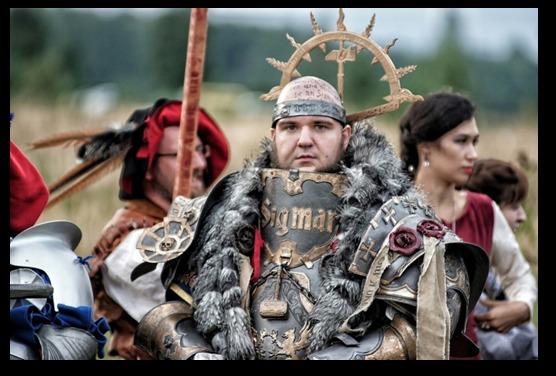 And lest you think LARPing is all magic and Warhammer, there are LARP games being organized around every interest including Downton Abbey LARPs, Holy Grail LARPs, French Revolution LARPs just to name a very few.

I must admit, the concept is intriguing; especially as I discovered there are several horror-themed LARPs, mostly aimed at monster and zombie stories rather than Saw and Hostel stories…thankfully.

But I’m still curious though, which is where you come in. Are Black Gate readers also LARPers? Have you ever participated in a LARP and if so, what was the theme and what did you think? If you’re a persistent LARPer, what about it do you enjoy most? Post a comment or drop a line to sue@blackgate.com.

I have been an occasional LARPer, mainly with the good folks of Wilmark Dynasty and Days of Knights game store, Newark, DE. I had played tabletop role-playing games and attended conventions for years, and I first went “live-action” at RuneQuest-Con 2 in 1995. Not long after, I met with some of the Days of Knights crew whom I knew from East Coast conventions and decided to play in their 3-day Labor Day weekend LARPs.

The LARPs in which I participated were mostly fantasy (high/epic), though the themes were varied (pirates, Hercules/Xena, Renaissance/Machivelli intrigue). I liked the sense of immersion that was achieved, but I did find a heavy dose of “blocking” (bending of rules or play choices in overly “defensive” manners), as much or more than in tabletop games. I switched from playing to assisting in running LARP games to avoid much of the blocking behaviors, as players do not perceive referee NPCs as threats and are more willing to go along with suggestions or ideas.

Still, it was a lot of fun, and fairly amusing and ego-boosting at times (such as playing Bacchus and actually being worshiped).

I’m currently involved in HEMA (historic European martial arts). Whenever I tell people about longsword practice they immediately ask if it’s the same as LARPing or going to medieval fairs. Since HEMA is a serious activity, the association with LARPing is sort of annoying.

I LARP, but I don’t do boffer-style, only Theater-style.

I got my start with White Wolf (ran a couple of LARP campaigns, played in many more), then migrated over to theater-style (attended Intercon (a big larp con) a couple of times, too.)

Well who knew indeed! This is truly fascinating. For those of you who don’t know, “boffer-style” refers to the aforementioned combat games using elaborately crafted foam weapons.

I had to go look up HEMA and I now understand why JMc could get a tad miffed at his group being confused with LARP. HEMA refers to groups are engaged in attempting to reconstruct Historical European Martial Arts using various training methods (think fencing, etc). It’s not fantasy role-playing but actual combat methodology and technique, sans a story line.

And Eugene being worshiped as Bacchus? Let’s ponder that for a moment…

Sue: “I now understand why JMc could get a tad miffed at his group [HEMA] being confused with LARP.”

After re-reading my post that may have come too rather strong. I don’t hate LARPers or anything, and I can even see the attraction to it. But yes, what we do at HEMA is *not* LARPing.

That being said, I know some of my fellow HEMA members are former LARPers and some of them actually do longsword demonstrations at medieval fairs.