I was reminded of something while perusing Thomas Parker’s laudable Master List of Fantasy, Science Fiction, and Horror Literature last week ( or “The List” — posted HERE on Black Gate).

Each of us likely has a book or two (or ten) we adore – absolutely cherish and consider indispensible – that will never appear on any of these lists (unless we compile our own list).

These are gems worthy of our love, yet they are just not that well known, or they have been overlooked or mostly forgotten. Some books, after all, are trees that grow for hundreds of years, while others are flowers that bloom in glory and then are gone.

Later on I might mention a few that I admire, but I will not be arguing that any of them should be on Parker’s or any of the other lists. My thesis here is simply that there are far more great books than can be squeezed onto a top 500 or top 700 or top 5,000. And that’s wonderful news, isn’t it?

Put another way:  If some horrible cosmic accident occurred in the multiverse that wiped out all 700 of the books (and book series) on Parker’s list – suddenly none of them existed here on our version of Earth – much of our great fantasy, science-fiction, and horror literature would be lost, granted. Still, I believe we could, from what remained, start right back at square one and compile another list of 700 books just as worthy  and strongly representative of the genres.

Of course, why we even need such lists is simple: One reason there are so many great books and so many good books is because there are so many books. Period. (With between 600,000 and 1,000,000 new ones being added each year in the United States alone.) And, as you might guess, the ratio of the good to the bad, mediocre, ambivalent, hackneyed, limp is, well, daunting. If you try to find the great or the good without guidance, the odds are stacked against you. Like going alone to Manhattan without a map and just assuming you’ll walk around and stumble into the best places. 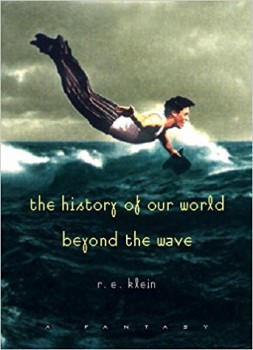 How many of you have read – or even heard of — R.E. Klein’s fabulous novel The History of Our World Beyond the Wave: A Fantasy (an evocative mix of Chestertonian fable and Hodgsonian horror)? It was nominated for the Mythopoeic Fantasy Award for Adult Literature in 1998. You can still get it on Amazon from third-party sellers, but it’s no longer in print. According to Amazon’s ranking, 4,014,939 other books have outsold it on the site — 131,467 if you limit it to fantasy books. So I’ll wager very few of you have. But I’m glad I discovered it, and it has a secure place on my shelf.

More of you are probably familiar with James Stoddard’s joyously fun The High House, which won the Compton Crook Award for Best First Novel in 1998. (It also was nominated for the Mythopoeic Fantasy Award for Adult Literature that year. Hmmm, maybe I should go back and see which book beat out both Klein and Stoddard for that award in 1998.) The High House was a tribute or homage of sorts to some of the authors whose names do appear on the lists (Fritz Leiber, Joy Chant, Mervyn Peake, and many others), while itself making an original contribution to Great Places to Visit in the Imaginary Realms with its marvelous setting and all the colorful characters who reside there. 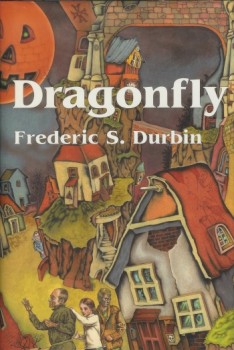 Or how about Black Gate fiction contributor Frederic S. Durbin? I consider his novel Dragonfly (first published by Arkham House in 1999) to be a classic – as his latest novel, A Green and Ancient Light, may well be on its way to becoming.

As to the disappointment a contemporary reader sometimes feels after tackling a “must-read” Golden Oldie: I think this is to be expected; don’t you? The young reader laments that it was not “all that” or “It just didn’t do it for me.” In general (and with numerous exceptions), we should assume stories written closer to our own time will be more accessible to us (and, not contradictorily, sometimes more engagingly “challenging” in bringing new concepts or combinations to the table), if the literature is progressing and “keeping up with the times.” The young fan probably entered fandom reading contemporary authors who  have “stood on the shoulders of giants” by casting new stories in the genres those older writers created or shaped. The old stuff is competing with strong stories built on what came before and aimed to the tastes and sensibilities of a contemporary audience. 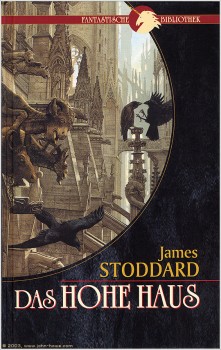 But don’t get me wrong. I am by no means saying “newer is better.” There was more formulaic, pot-boiler crap written back in the day than not, and the very same holds true now. To find that one flower, you may have to cross a field that is choked with weeds.

Again to my thesis, which I think is a positive one. There is so much great stuff out there, yet one needn’t get hung up on whether one will ever read all of it. It’s not an assignment. If you are a true fan of a genre, you’ll naturally want to hunt down other stuff that delivers the same quality of wonder or frisson or terror or suspense as the books that got you hooked.

If you’re a person who only reads one book a month (or one book a year), you can be certain that you will never run out of material that will deliver. Lists compiled by others with like-minded tastes who are more broadly read can help steer you to a solid pick when you choose what that next book will be this month or this year (but if you’re only getting one book read a year, have you thought about audio books?).

And if you’re the voracious-reader type who clears out shelves before they can be restocked, you can rest assured that you’ll never run out either. Given that you read so much, statistically you will stumble across more duds and disappointments, sure. You’ll find yourself wondering in the thick of a book whether you’ve read it before because the formulaic plot is one you’ve muddled through a dozen times. But the good stuff will never run out.

For every book that makes a 700-entry-long list like Parker’s, I’d reckon there are at least 7 other books out there just as good (with, of course, one or two exceptions. Nothing else is as good as The Lord of the Rings. Sorry.). Conversely, for every book on the list there are undoubtedly about 70,000 that are pretty bad, or just mediocre or redundant, but that’s why we keep compiling, honing, pruning these lists.

Love that German cover of The High House! And I’m reminded that I need to reread that series, especially now that the third book is actually out …

I know — I came across that cover while searching for images for this article and I had to include it. Really captures the setting well.

Doing the (I suppose) typical thing, which is to look at any list and think “no, not that one, and why not this one”, the one book from the original list I still think was a terrible omission is THE EARTHBOOK OF STORMGATE by Poul Anderson. It certainly meets the personal-favorite-others-might-not-know you suggest at the beginning of this post.

The funny – or not so funny – thing is, I do the “no, not that one, why not this one” thing myself all the time, especially with that portion of the list that includes books I personally selected. In putting the list together, I realized that every act of inclusion is also an infinitely larger act of exclusion, which I suppose is why the damn thing refused to stay at a manageable size.

Re “no, not that one, why not this one”: Right! We all have the “first-tier” books that are set firmly in our literary constellations, but when you start delving into the second or third tier it gets tricky.

So, germane to your point, the longer a list is the harder it is to fill (you’d think it would be easier, because more slots means you can add more favorites). It’s not harder because there’s a problem of finding enough material; it’s harder because once you get past the undeniable masterpieces you have to start juggling and judging between a lot of books that have similar merits and valid claims to a spot somewhere on the list.