He and I stared at each other. Was this what culture was? Were we now men? Did freedom always include the freedom to mistrust, to fear, to hate?
— Cordwainer Smith, “Alpha Ralpha Boulevard,” p. 300

Such are the questions set in the context of Cordwainer Smith’s utopian, futuristic society where people are seeking to go back to being “human” again. But this is only one small time slice and representation of Smith’s massive mythos in The Best of Cordwainer Smith (1975). This volume was the fifth installment in Del Rey’s Classic Science Fiction Series, and the first to be edited by someone other than Lester Del Rey (1915–1993). John J. Pierce (1941–) edits this volume and provides a very fine introduction. Pierce is a science fiction critic and was once a very outspoken pundit against the 1960s New Wave in science fiction.

Whereas the cover art of the first four volumes was done by the late Dean Ellis (1920–2009), the cover for this book was by the late Darrell Sweet (1934–2011). Sweet’s artwork here is very reminiscent of Ellis’ work on the Classic Science Fiction Series. This is interesting, seeing how Sweet’s later artwork is very different from Ellis. (See this Black Gate memorial post to Sweet for later examples of his work.) It seems Sweet was attempting to keep with the aesthetic feel that Ellis had already established. 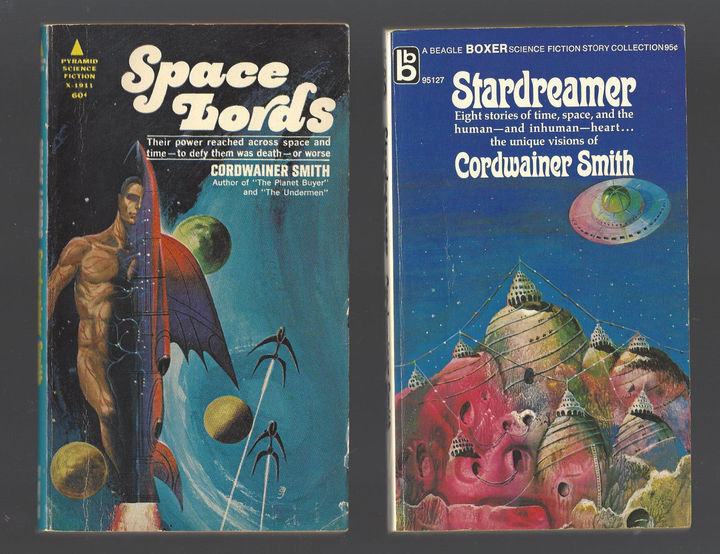 “Cordwainer Smith” is the most famous pseudonym of Paul Myron Anthony Linebarger (1913–1966). Linebarger was a political scientist, U.S. military adviser, and a noted East Asia scholar. He was a very popular science fiction writer in the 1950s and 1960s until his unexpected death at age 53. He was a regular contributor to the popular pulps of this era, most notably a recurring author in Galaxy Magazine.

Cordwainer Smith definitely fits my picture (perhaps my caricature) of classic science fiction: spaceships and space travel, high technology, engineering details, etc. However, at first, I did not find him as enjoyable as previous authors in Del Rey’s Classic Science Fiction Series. But by the end of The Best of Cordwainer Smith I found several of his tales to be excellent, and thus found Smith to be a very interesting writer as well.

As J. J. Pierce discusses in the introduction, Smith placed most of his stories within a centuries- and universe-spanning mythology. This mythology is so big and so expansive it was very difficult, especially at the beginning, to figure out what was going on most of the time. Pierce provides a meta-timeline of Smith’s universe and, though that helped a little, it was Pierce’s little mini-introductions for each story that were really helpful. But, frankly, the details were often lost on me. 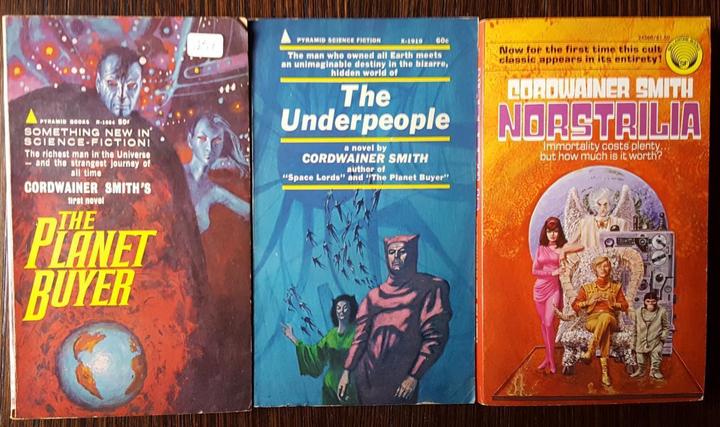 Smith begins many of his stories by dropping the reader right into the middle of a full-blown milieu, complete with obscure details and history, as if the reader supposedly knew what was going on. Here’s a small, but typical, example:

You already know the end — the immense drama of the Lord Jestocost, seventh of his line, and how the cat-girl C’Mell initiated the vast conspiracy. But you do not know the beginning, how the first Lord Jestocost got his name, because of the terror and inspiration which his mother, Lady Goroke, obtained from the famous real-life drama of he dog-girl D’joan. It is even less likely that you know the other story — the one behind D’joan. The story is sometimes mentioned as the matter of the ‘nameless witch,’ which is absurd, because she really had a name. The name was ‘Elaine,’ an ancient and forbidden one.
— “The Dead Lady of Clown Town,” p. 124

Did you catch all that? Yeah, neither did I. And like I said, this is typical of Smith’s writing! I got through the first half The Best of Cordwainer Smith with the dismal thought that I still had the other half of the book to go.

In fairness, perhaps Smith assumed that his original readers knew enough context from his other stories to get their bearing. And in a further attempt to read him charitably, perhaps Smith thought this approach wetted the reader’s appetite. Nevertheless, its effect upon me was simply frustrating — more so since continuing to read any story in particular rarely helped to shed light upon many of these bewildering details.

As I continued to truck on through the book, I found that Cordwainer Smith could actually be a very intriguing and enjoyable writer. One glimpse of this early on was the story “The Lady Who Sailed The Soul” about a famous young space ship pilot, Helen America, as she voyaged into space pursuing a romance with another well-known pilot. This story was interesting due primarily to the details of the romance. What at first seemed like an older man’s daydream fantasy turned into a genuinely heart-tugging tale. But, since “The Lady Who Sailed The Soul” was embedded with typical Cordwainer Smith obscurity, this didn’t initially impress me. 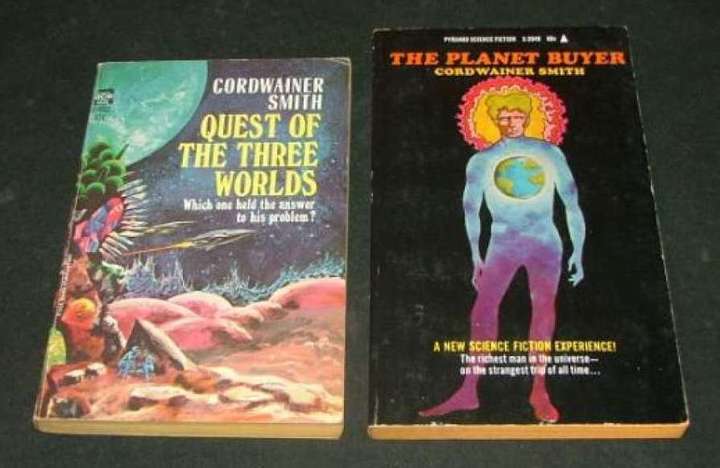 The first story that began to really change my outlook was about midway through the book, “The Dead Lady of Clown Town.” Again, this story was frustrating in many ways, but Smith introduces two characters: Elaine, and a robot named Lady Panc Ashash (Smith’s names are incredibly trying as well) who has a long dead woman’s consciousness imprinted upon her electronic brain.

It was here that I began to see Smith’s excellent ability to paint very lifelike and intriguing characters with seemingly real-life issues. I was truly enmeshed in these characters and their story. And though “The Dead Lady of Clown Town” was one of the longest stories in The Best of Cordwainer Smith, it read very quickly since Elaine and the “dead lady” — along with other characters such as Charly-is-my-darling, Crawlie, and D’joan (again those names!) — were so engrossing.

One of the most moving tales was “Alpha Ralpha Boulevard,” about a couple seeking a computer called the Abba-dingo, which supposedly can answer any question. There are several very poignant episodes as the couple goes through something of an Edenic “fall” as they seek to re-obtain humanity. It’s a very moving tale, with some incredibly interesting and philosophical insights. 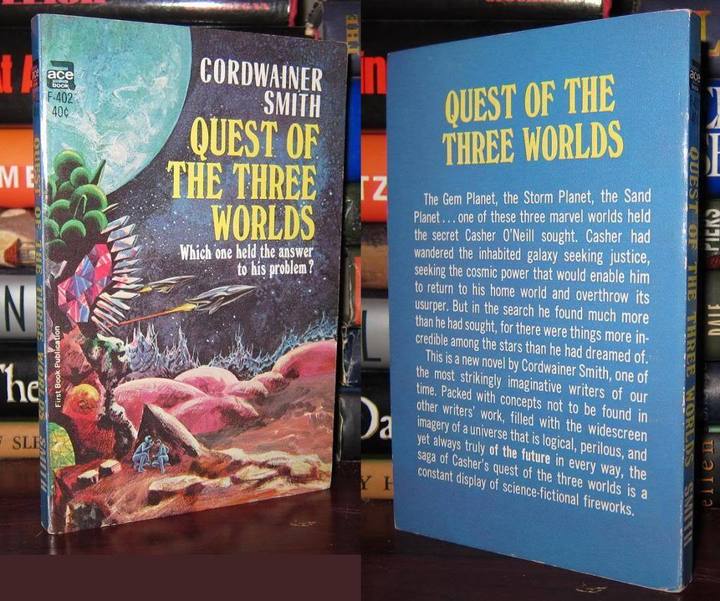 I found ““The Ballad of Lost C’mell” and “A Planet Named Shayol” to be similar. Compared with the earlier stories of the book, these later stories seemed to me to focus more upon characters and real-life, existential issues. This is when I think sci-fi is at its best: using sci-fi tropes and elements to highlight deep and interesting issues. By the end of the book I was deeply impressed with Cordwainer Smith.

Another story, which I greatly enjoyed, and very different from all the others, was “Mother Hitton’s Littul Kittons.” It’s a space-age espionage tale about a spy seeking to steal a greatly sought for drug, stroon, that is kept, protected, and hidden upon the planet Nostrilia. Mother Hitton is in charge of security for Nostrilia. And let’s just say that her “kittens” are hardly tame and innocent. Given the rest of the stories within The Best of Cordwainer Smith, this incredibly interesting story came out left field — a real page-turner with an ending I did not see coming.

I have really enjoyed the previous volumes in the Del Rey Classic Science Fiction Series. And The Best of Cordwainer Smith was no exception. But, as I’ve tried to explain here, Smith was not exactly my cup of tea at first. Nevertheless, by the end, I found him to be a science fiction writer well worth reading. I believe Cordwainer Smith’s fiction reveals a keen mind with a deep interest in investigating historical, social and psychological realities.

This was surely no easy feat. He is worth being remembered, enjoyed and admired by readers even today. 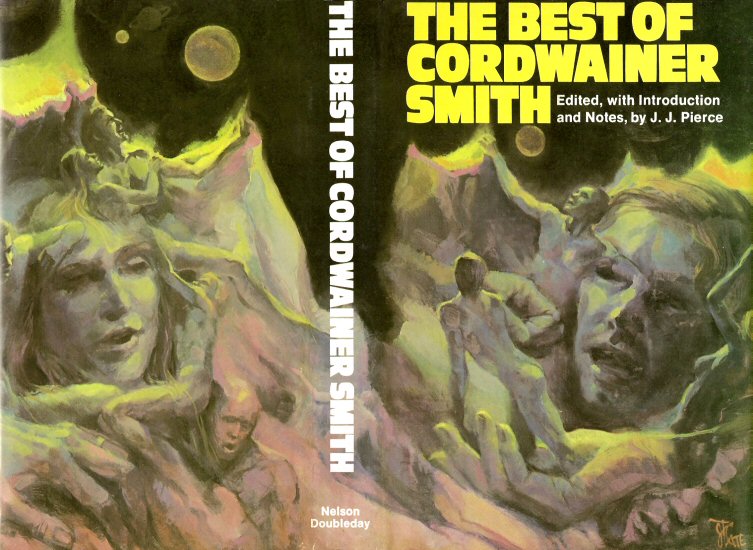 It had several later editions, including a 1999 SF Masterworks edition from Millennium/Gollancz (retitled The Rediscovery of Man), and a 1985 Del Rey reprint with a different color scheme. 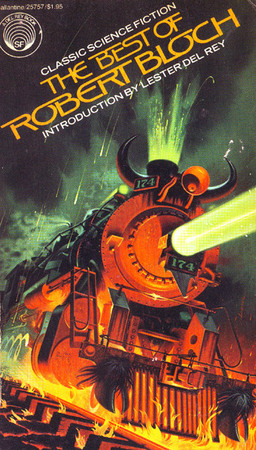 Our previous coverage of the Classics of Science Fiction line includes (in order of publication):

I love this collection. “Scanners Live in Vain” and “The Game of Rat and Dragon” are two of my favorite sci-fi stories.

Smith’s stories are confrontational in their weirdness of prose and setting, giving almost no easy footing for a reader. The payoff, though, I find amazing.

I also have early paperback by the great C Smith called You will never be the same. Regency 1963. R Silver erg helped edit. Would love to upload cover pic but no photo affordance here.

I first read “The Game of Rat and Dragon” in 80s anthology about cats. I remember liking it then, but I really struggled to follow it this time. I get your point about payoff though. I felt that I was really hitting a Cordwainer stride by the end of the book. Very much an acquired taste.