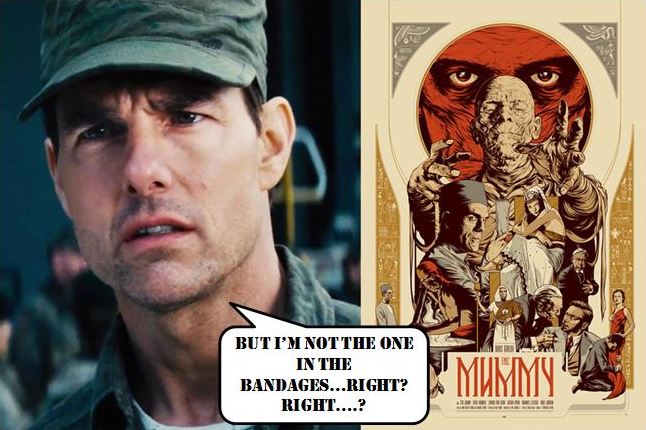 In the midst of my favorite time of year, I must hang my head and sigh over the undeniable fact that Universal Studios plans to continue its reboot vendetta against its own iconic monster catalog.

This, in spite of the proverbial box office stake being driven straight through the heart of Dracula Untold back in 2014.

Never heard of it? Nope, and you probably never will after this.

Still, to date we have pseudo-confirmations of everything but The Mummy, which has a confirmed release date of June 9, 2017.

Why you ask?  Or at least that is what I ask as I mix up another pumpkin spice martini.  I mean, its one thing for Hollywood to be bereft of any novel ideas, and quite another to mess with classics of this magnitude.

What next?  A reboot of The Birds…?

Forget I mentioned it, please.

After all, these black and white gems are actually the most colorful and unique characters in the history of horror, and their tales have been used as inspiration in hundreds of others since they first appeared on the (literally) silver screen.

So how in the world can Universal now do something different with them?

I know!  Politically charge their stories with modern issues and give them strong social relevance! 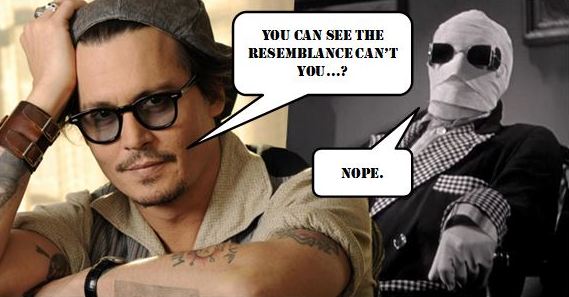 Apparently Jurassic Park screenwriter David Koepp is doing just that with his interpretation of Bride of Frankenstein, revealing that his Bride will be the protagonist in a feminist tale where men attempt to “control” the monster.

Steve Weintraub from Collider.com recently spoke to Koepp for the screenwriter’s latest film, Inferno starring Tom Hanks and Felicity Jones.  During their conversation, they talked about Bride of Frankenstein and Keopp confirmed that he did a draft of the script, but he doesn’t know when the film is getting in front of cameras:

It’s one of my favorite scripts I’ve written in years because if you reimagine the ‘Frankenstein’ story, it gets into so many issues of men trying to feel dominant over women, To create someone who then says, ‘You don’t own me,’ it becomes a tale of liberation. It was great. It was really fun, and I hope it gets going soon because I think it’d make for a great movie.

How fun it is and how liberating it is. Narratively and stylistically to write a character who’s dead. She’s not a zombie. She’s a super-intelligent creature, but she’s dead, and that changes a person’s perspective.

When asked if this movie is meant to be more in line with other Universal monster movies or if it has the freedom to be its own thing, Koepp replied:

You get some of both, and I think they’re figuring that out as they go. I was in touch with the other people who were making The Mummy and in touch with Universal and getting a sense of what they’re doing, because they can’t be wholly different movies, but each one is characterized by the personality of its creature. So the stories are dictated by the creature. In ours, the Bride is essentially a sympathetic figure. This tragic, hunted figure. And obviously the Mummy is a very bad entity that must be stopped. That’s not us. The troublemakers are the ones who would try to control her. To answer your question, we’re all from the same tree, but different kinds of fruit.

Speaking of social relevance, in an article from The Hollywood Reporter earlier this year, it was speculated that Universal’s tactic in greenlighting Angelina Jolie’s train wreck of an “art house” film By the Sea, was supposedly because they want Jolie to headline The Bride. 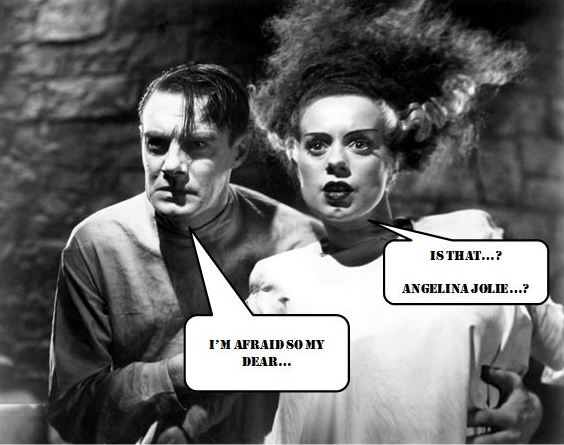 I guess that’s no more blasphemous than Tom Cruise playing the hero in The Mummy.

Universal’s original (and forever most awesome) Bride of Frankenstein was directed by James Whale and starred Boris Karloff as the Monster with Elsa Lanchester as the Bride. It continued the story that began with 1931’s Frankenstein.

There’s no doubt Koepp is an exciting writer who showed he could bring a fresh angle to the well-worn Jurassic Park story, which is indeed saying something.  He also seems to have proper respect for the iconic source material.

It’s not about whether or not these movies could be well done or excite a new generation of fans.

It’s about whether putting a shiny, high-resolution, ultra HD, CGI gloss on these classic tales will ultimately doom the originals to obscure, cinematic history.

Are the best scares the low-tech ones that rely on the story and acting to suck you in?  How do you feel about the monster reboots? Talk among yourselves then post a comment here or drop a line to sue@blackgate.com.

Even before Dracula Should’ve Stayed Untold, didn’t we learn our lesson with Van Helsing?

I have never seen the original mummy so the reboot with Arno Vosloo & Brendan Fraser is my only point or reference. That movie I thoroughly loved and it has aged well I think. Even so it is relatively recent so why make another one? Kind of like the constant rebooting of spiderman movies, just confusing and pointless IMO.

With this slate of monster movies in rapid succession, I wonder if they’re trying to do something like the Marvel Cinematic Universe, but with monsters.

I was horrified to see The Mummy remake announced, as I love the 1999 version. So if they’re going for horror, congrats!

Tiberius, check out the Hammer Studios version of The Mummy (conveniently on TCM on Monday night), an excellent version of it. I also like the Karloff version, although I find that it is not everyone’s cup of tea.
At least Hollywood’s obsession with pointless remakes will never stop people from watching the classics. I doubt I will watch any of the upcoming remakes, but I love the classic Universal monsters and have been trying to explore the Hammer monster movies a bit more lately.

Can we not mention Van Helsing please? It causes me to throw up in my mouth a little. And yes, Brendan Fraser’s version of The Mummy did have some nice eye candy which I didn’t mind at all. But thinking of this lineup and the actors Universal is attaching to them makes me need to have a lie down.

Do I think they’re going after the super hero movies? Absolutely.

Are they within their rights since they almost single-handedly introduced monsters to the very early movie-going public? Sure.

But it doesn’t mean we have to like it.

Hey, just to remind everybody of exactly how powerful an old Universal horror movie could be, here’s a scene from the original Karloff Mummy from 1932.

For my money the best, basically Lovecraftian, depiction of a mind blasted by supernatural horror ever caught on film…

John Hocking, I love that scene. Probably my rather offbeat sense of humor. “He went for a little walk. You should have seen his face.” Great stuff.

Well, if they want to make horror films, I can’t think of anything more horrifying than adding a political subtext.