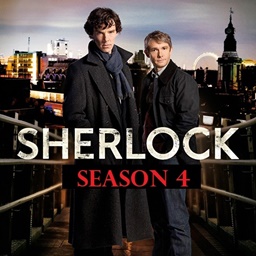 So, episode 98 of Elementary aired weekend before last. That, of course, is the modern day Sherlock Holmes show, set in New York City, featuring Johnny Lee Miller as the brilliant, socially challenged detective, and Lucy Liu as a female Doctor Watson. The show, which began in 2012, just kicked off season five.

Meanwhile, on January 1 of 2017, BBC’s Sherlock FINALLY airs season four. Set in modern day London, it has launched Benedict Cumberbatch to superstardom and also escalated Martin Freeman’s (that Bilbo guy) career. There have been nine episodes since the show began in 2010, plus one television movie, The Abominable Bride. It’s no surprise, with two year and eleven months between episodes, that rumors abound that season four will be the end.

Do you want the bad or the good first? The bad? Ok, we’ll open with Sherlock. Among my top five all-time favorite shows after season two, season three was a self-indulgent, “we can do better than Doyle” and “look how clever we are” claptrap. Somehow, The Abominable Bride won an Emmy for best television movie. The ending of it was worse than Matt Frewer’s Hound of the Baskervilles.

I think Sherlock is now a bad show and hope that it gets put to rest after these three episodes.

The first episode of season four will be called The Six Thatchers. That certainly brings to mind “The Six Napoleons.” In that case, someone was smashing up busts of Napoleon. Watson, less than helpfully, suggests it’s the work of a monomaniac with an idee fixe on the French emperor. Holmes fares a bit better in solving the case. Perhaps this one will involve some landscaping?

Next up will be The Lying Detective. That would seem to be based on one of the lamest stories in the Canon, “The Dying Detective.” Holmes spends the entire case lying in his supposed deathbed. The villain generously visits and tells all.

And, because this show must keep us waiting for SOMETHING (and keeping people talking about it), the final title hasn’t been released yet. It is expected that Tom Hiddleston (Loki) will guest this season as Sherlock’s other brother, Sherrinford. That was Doyle’s original name for Holmes and William Baring Gold, the great fictional theorist (did I just make that up? I think I did!), created another brother using that name. I like Hiddleston and I hope he can salvage the season.

I was at a Holmes conference a few years ago and a now well-known Holmes author gave a presentation, talking about how smart and well done Sherlock was, while tossing in several barbs at Elementary, indicating that it was for the low brow. And that’s exactly the smug, superior demeanor that the Sherlock team has. And it’s resulted in what was once a fine updating of the great detective becoming a self-absorbed production that can’t look beyond its own ego.

Sherlock used to be popular with almost all Holmes fans. Season three split the base into two large groups. I’m in the one that hopes this is the end. Though it wouldn’t be a huge surprise to see them drag the rumor mill on for a few years as well. 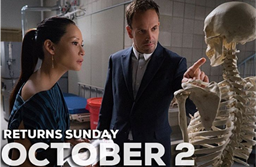 I said early on that Elementary is a police procedural with a Sherlockian overlay. So, you can find bits of the Canon here and there, but it isn’t truly a Sherlock Holmes series. And as such, I don’t expect as much Holmes out of it. Johnny Lee Miller manages to convey Holmes’ lack of social skills without being an obnoxious jerk like Cumberbatch. And Watson, who was a brain surgeon, is an inexperienced but very competent assistant detective. They’ve toyed with the Holmes world (heck, Watson’s a woman!), but because it wasn’t really Holmes, this doesn’t come across as jarring. Lucy Liu has now played Watson more times than any other actor. How about that?

We’ve already seen season-long story lines involving Holmes’ brother Mycroft, their father, and Moriarty (she’s a woman too). I don’t know what’s in store for this year, as the opener didn’t look to be an arc (though Joan is searching for ways to help people: not just put them in jail). But I know I enjoy watching Elementary every week and I don’t want it to end.

The other big Holmes project out there (and one that should be credited with reviving the character as a viable screen franchise) is movie three in the Robert Downey Jr. series. Script revisions have been going on for some time, but RDJ seems quite happy to make another film. With his on screen Iron Man role coming to an end relatively soon, returning to Baker Street seems like a natural move.

I saw the first series which I thought fun and clever – if you’ve read and re-read the Holmes stories, it was fun watching the scriptwriters put a fresh spin on very familiar storylines. For whatever reason I missed the intervening series and the next episode I saw was the one actually set in Victorian London (I think Holmes is tripping?) – it was pretty dire. The plot made little or no sense (nor did it seem to have anything to do with the original books) and Moriarty….well, the less said, the better.

Aongus – sounds like you missed seasons two and three, then you saw The Abominable Bride special (which ended up being a disappointment).

If you saw season three, you’d get the Moriarty tie-in, though it would still be incredibly stupid and a fine example of why this show isn’t good anymore.

I do recommend season two, though. It was as good as season one.

Thanks for this, Bob. I’ll definitely check the second season out.

A Scandal in Belgravia was (for me) the last time they “turned things on its head” in an amusing way before it all became self-absorbed and full of itself.

The Hounds of the Baskerville was pretty neat.

There was enough good in The Reichenbach Fall to keep me wondering how they were going to handle things in season three. But looking back, I can see how they started to go off the tracks with this one.

But the dropoff from two to three was HUGE for me. I will say that Martin Freeman is still a pretty darn good Watson throughout.