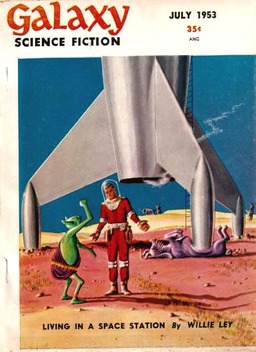 The July, 1953 issue of Galaxy Science Fiction is bereft of a serialized novel, so a curious reader could jump into it without feeling a need to commit to something larger. I suggested the same thing for the June, 1953 issue as well, so here are two issues to choose between. Or read them both.

“Kindergarten” by Clifford D. Simak — Peter lives in the country, having moved out of the city after being diagnosed with cancer. He lives a simple life until he discovers a strange machine on his property. When he touches it, it dispenses a remarkable piece of jade.

Other people discover the machine soon enough, and with each touch, it dispenses an item specific to the person. As word spreads, the police become involved, followed by the military. The machine, though clearly alien, isn’t too disturbing until it begins laying a foundation for something much larger.

Simak’s story works really well. I think he did a good job with Peter’s character — showing his pain with cancer. And I like that the source of his pain or why he lived in the country didn’t come out immediately. I expected after reading it that nothing else in the issue would top this story, but I later found something else that edged it out as my favorite.

“Caretaker” by James H. Schmitz — An exploring party visits the planet, Cresgyth. A man named Hulman crashed on it over twenty years ago — the lone survivor of his crew. He was saved by other humans — the only humans known to exist beyond Earth. Those humans, however, are threatened by other humanoid creatures that Hulman calls snakes. The humans won’t fight back, and Hulman believes the humans will become extinct unless something is done about the snakes.

I like the way this story built toward the conclusion. I didn’t expect where it led, though it made perfect sense. Nicely done.

“Home is the Hunter” by C. L. Moore and Henry Kuttner –Bellamy is a Hunter, trained to kill other Hunters who dare to enter Central Park. By killing, a Hunter earns his victim’s head along with all of the other heads the victim had collected throughout his career. Those with the largest collections were honored with wealth, status, and privilege. Bellamy is on the verge of becoming the greatest Hunter, if he can lure the right Hunters into the Park.

The story felt somewhat like Highlander, where killing is the purpose of life. It’s a great premise for a story with an interesting narrative; the main character is essentially speaking to himself. 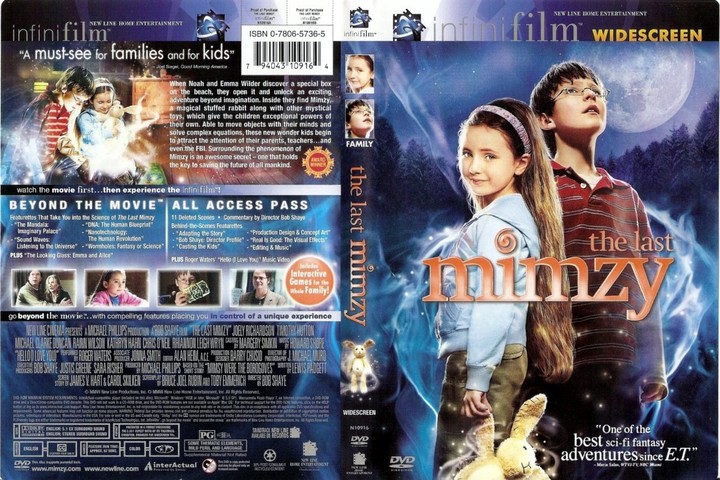 Catherine Lucille Moore wrote fantasy and science fiction and was born in the same city as me — Indianapolis, Indiana. She married Henry Kuttner in 1940, and they wrote multiple stories together, including “Mimsy Were the Borogroves” in 1943 (which was used as a basis for the film titled The Last Mimzy in 2007). After Kuttner died in 1958, Moore wrote for some television shows, such as Maverick and 77 Sunset Strip, but she didn’t publish any new short fiction.

“The Weather on Mercury” by William Morrison — A crew of men go to Mercury to search for an explorer named Kalinoff. Since the planet is tidally locked with the sun, they land in the Twilight Zone, a habitable stretch of the planet between the side facing the sun and the side that’s frozen. Finding Kalinoff is one problem; finding a possible traitor among themselves is another.

Being written in 1953, the story has some obvious misinformation about the planet, but if you’re used to reading older fiction, you just smile and forget about science for a moment. I wasn’t drawn into the story much, and I think it’s because the characters didn’t stand out that much, for the most part. 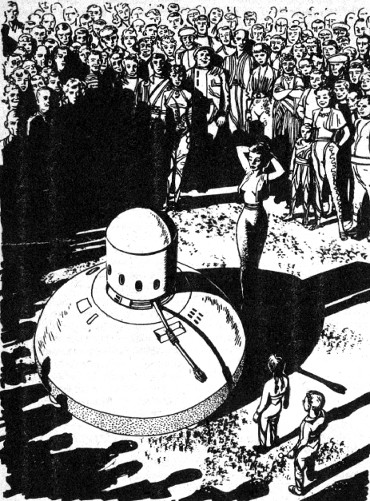 Emsh art for “A Bad Day for Sales”

“A Bad Day for Sales” by Fritz Leiber — Robie the robot solicits sales from an amazed crowd. The newest form of a vending machine, it’s programmed to interact with people using well-proven sales tactics. Unfortunately, it’s not programmed for selling to a crowd that’s within the detonation zone of a nuclear bomb.

This was an unexpected yet not unwelcome piece of dark humor. I was actually hoping for something longer, given the direction it took, but it works. 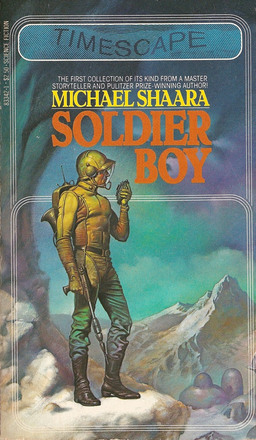 “Green Grew the Lasses” by Ruth Laura Wainwright — Helen and her husband Robert have been a bit on edge since her cousin, Dora, arrived at their home. Combined with the heat and a malodorous fog, things are becoming unbearable. The breaking point comes when the women inexplicably turn green.

Wainwright’s story is fun and lets the audience in on the details before the characters, simply because the characters don’t believe the obvious explanation that a science fiction reader would. Wainwright’s only other publication that I know of was “Mint, in d/j” in the June, 1954 issue of Fantasy & Science Fiction. I’m not sure what happened to her after that.

“Soldier Boy” by Michael Shaara — Humanity is slowly retreating throughout the galaxy. The army was scaled down over the years due to a long period of peace and anti-war conditioning. But an alien race is pressing them, taking advantage of the dwindling military.

Captain Dylan leads a crew to help evacuate a small colony off a distant world before the aliens come in force. Defense is out of the question; fleeing is the only option, provided they can find enough space for everyone on the few spacecraft available.

I absolutely loved this story. Dylan has depth — a recently-promoted captain who only knows a life of isolation in space, with nothing helpful to offer the people, other than evacuation. Yet he grows fond of the people and realizes that he is still part of humanity and society. And then when things turn dire, he’s forced to take a brave, selfless role, and it really brings him to life.

“Soldier Boy” was the title story of his 1982 Timescape collection, which gathered 16 stories published in various SF magazines between 1952 – 1976.

Shaara was an author of multiple genres, including sports fiction, historical fiction, and science fiction. He won the Pulitzer Prize for Fiction in 1975 for his novel The Killer Angels.

Matthew Wuertz’s last retro review for us was the June 1953 issue of Galaxy.

We recently discussed Shaara’s SF career in another forum … He was a really promising writer who became disillusioned by the constraints of the field, or by his limited acceptance perhaps, and he turned to other fields — with plenty of success, as evidenced by his Pulitzer, and by his posthumous FOR LOVE OF THE GAME, which became a movie. Died young (at 59), probably because of his smoking (his first heart attack was at the age of 36). His son and daughter are both novelists.

I remember being pretty impressed by “Kindergarten” as well.

Rich, that’s interesting about Shaara. I think the fact that he spanned multiple genres (with success) shows how strong of a writer he was. I don’t recall reading much historical fiction, but I’m intrigued by his novel that won the Pulitzer. He wrote that long after “Soldier Boy”, so I can only imagine how much he’d improved his craft by that time.

Overall this was a very good issue. Simak’s story stands out to me. A simple, almost whimsical beginning turns into something completely unexpected and profound. I enjoyed each story this month. Thanks, Matthew for your thorough and thoughtful review!

Glad you enjoyed it, too. 🙂