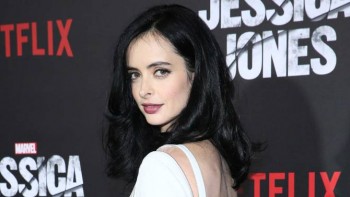 It’s late. The rest of my family has gone off to bed. I, however, have some busy work to accomplish. Folding laundry, perhaps. Packing up some gifts to send to my nephews. So what form of media do I power up to help me pass the time? Netflix, of course. As of now, it’s movie night. And why not? Netflix knows precisely what I want to see. Right?

Based on my previous viewing habits, Netflix has provided a sumptuous spread, a whole raft of tempting suggestions. There’s even a section entitled “My List,” which confuses me no end, because several of the titles (Atari: Game Over and The Act Of Killing among them) are ones I’ve never heard of, much less added to a playlist.

In theory, Netflix knows me well. But do they? The first lineup of choices is headed “Because I watched Jessica Jones,” and because I delved into all things Marvel and fantastical, I am now expected to sample Daredevil, which I don’t plan to do because I generally don’t care for super heroes (Jessica Jones was well done, but overlong, and I never finished).

Sense 8 pops up next, a slick show with terrific performers, but its Matrix-makers have only one solution to all problems, and that’s force. Season one will do for me. Flash, no. Arrow, no. More superheroes! Blacklist? I saw the pilot, and I adore James Spader, but sometimes craft can swallow heart. I wasn’t tempted to watch episode two. 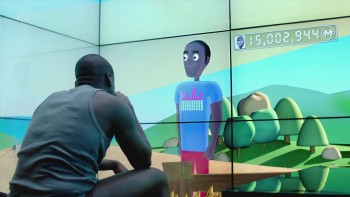 So it turns out that no, Netflix knows nothing about me. At all. It doesn’t understand that the best TV I saw in the last several years came courtesy of the Brits behind Black Mirror, and it certainly doesn’t realize that my favorite film of the new millennium isn’t fantasy or science fiction, it’s the German film, The Lives Of Others, searing and honest and coiled like a cobra.

Nor does Netflix realize I have an MFA in film, which means I saw George Melies’ A Trip To the Moon thirty years ago, long before Scorsese resurrected it for his mechanical homage, Hugo –– so no thanks, Netflix, I don’t need to see that again, at least not tonight.

Poor Netflix. Because I keep it at arm’s length, it’s at a permanent disadvantage. It can’t possibly know the reverence I hold for The Lives Of Others, because I watched that film via a DVD borrowed from the library. Netflix is operating on insufficient information.

But what if Netflix, with all its clever algorithms, its mind-boggling ability to play “Six Degrees Of Kevin Bacon” with past viewing, had access to what I’ve actually taken in over my long and mostly analog movie watching career?

And what if I really played along and took the time to rate (stars, stars, always stars) the films I consume on my Netflixable down time?

If I did that…

Well. I stand convinced already. Netflix is the machine that can read my mind.

Or could even, in obeisance to who knows how many sci-fi tropes, actually take over my mind. 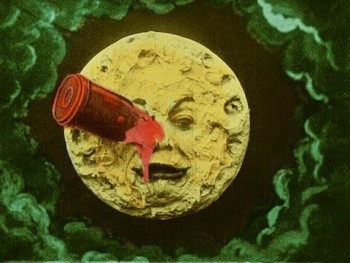 But I’m not going to let that happen. I don’t want Netflix, or any other service provider, doing its job. Why? Because I believe in accidental discovery. I believe in stumbling onto new, previously hidden gems without having them handed to me. I believe in the recommendations of friends, and critics. I don’t want to be caught in the downward cycle of my own taste. That’s a whirlpool of navel-gazing, narcissism reduced to TV consumption patterns.

Accidents, intentional critical reading, and good conversations with friends are how I bumped into nearly all my favorite films and books. From Elizabeth Moon to Michael Moorcock, from The Mote In God’s Eye to Little, Big, from Dark Star to Farscape, I made my discoveries because I went out and beat the bushes, not because a machine “analyzed” my “viewing habits.”

So I’m secretly (or maybe not so secretly) pleased to discover that Netflix thinks I’ve never seen the original Star Trek series. It doesn’t know I can quote whole episodes –– and I bet you can, too, right? –– and they don’t know I’ve already seen every Twilight Zone that’s ever aired. It doesn’t understand that I dislike zombies (far worse than super heroes; what film producing overlord crackpot keeps insisting that the risen dead have to be malignant?), and perhaps most importantly, Netflix will never understand why I will never again watch Saving Private Ryan.

(But. Step close, and I’ll tell you, gentle reader –– provided you don’t go blabbing to Netflix. That scene in the tower, with the sharpshooter, where they wrestle for the knife, and the German wins, and he stabs his former friend, a Jew, ever so slowly, in the heart? No. Never again. I’d rather eat Jabba the Hutt.)

But, it’s getting late. I’d better make my choice. Something spur of the moment, something

that’ll confuse the heck out of Netflix’s synapses, really give it something to chew on. How about V For Vendetta? Never seen that. Or Bring It On? There’s nothing inherently, ethically wrong with cheerleader movies. Is there?

Wait, I’ve got it. It’s time to re-watch The Exorcist. Because I’ve never yet been able to understand why such a powerful demon would bother invading Linda Blair. What’s to be gained? Is a Georgetown attic really the best base from which to conquer the world?

Catch me if you can.

Mark Rigney has published In the Wake Of Sister Blue along with three stories in the Black Gate Online Fiction library: ”The Trade,” “The Find,” and “The Keystone.” Tangent called the tales “Reminiscent of the old sword & sorcery classics… once I started reading, I couldn’t stop. I highly recommend the complete trilogy.”

Away from Black Gate, he is the author of the supernatural quartet, The Skates, Sleeping Bear, Check-Out Time, and Bonesy, all published by Samhain and featuring his semi-dynamic duo of Renner & Quist. His short fiction has been nominated for a Pushcart Prize and has appeared in Lightspeed, Unlikely Story, Betwixt, Black Static, The Best of the Bellevue Literary Review, Realms of Fantasy, Witness, The Beloit Fiction Journal, Talebones, Not One Of Us, Andromeda Spaceways Inflight Magazine, Lady Churchill’s Rosebud Wristlet and many more. His author’s page at Goodreads can be found here, and his website is markrigney.net.

I’m not sure it’s clear in the movie, and it’s a long time since I’ve seen it, but in the book it’s made clear the target is the priests. The demon hopes to drive them to despair and a loss of faith.

Bring It On is actually really smart and funny, with some nicely unexpected turns and a big heart. I would never have expected to like a cheerleader movie, but this is one of my favorite comedies.

Fletcher – If that’s the case, it was certainly lost on me in my earlier viewing. But I find it reassuring to know that demons are petty to the nth degree. As in, “Hey, you dug me up in a desert and disturbed my nap, so now I’m going to torture you by turning a little girl you’ve never met green! So there!” Yep. Demons. Not the brightest can in the six-pack. : )

Sarah – Good to hear. But do any of them turn green, spew vomit, and crank their heads around three hundred and sixty degrees?

I think that is one of the things that makes humans so fascinating, and algorithms, probably not so much 😉

…But what if the “zombies” were inhabited by possessive spirits? Would that make them any more palatable? I thought Peter Hamilton took a really credible crack at this in his “Reality Dysfunction” series!

One category I’d love to hear more entries in: When some stalwart writers/producers/directors take an existing “so-so” body of work, and turn it into something amazingly better than the original. Two examples: The Battlestar Galactica reboot, and HBO’s True Blood show. (Personally, I could not read past page 5 of the first Sookie Stackhouse book. I was not a rabid fan of the show, but it was a sight dang better than print!)

I readily admit that with zombies, the drama is on evil’s side. If the risen dead all turned out to be choir boys, it would be (dare I say) deathly dull.

I’ve never seen True Blood. Not enough time in the day. And the original Battlestar Galactica was so ham-fisted, it’s been impossible to work up enthusiasm for the remake. Even if they’ve got the very best of boots.