Tachyon Publications released The Best of Michael Moorcock, edited by John Davey and Ann & Jeff VanderMeer, back in 2009, and I finally bought a copy last month. I don’t know what took me so long.

Moorcock has an enormous back catalog of fantasy; so vast I’ll never be able to read even a fraction of it. But this book finally gives me the opportunity I’ve wanted for years: to sample the full range of Moorcock’s storytelling craft in one compact volume, with some of his most famous stories — including his famous 1968 Nebula Award winning novella “Behold the Man,” the Elric tale “A Portrait in Ivory,” and the Jerry Cornelius story “The Visible Men.”

The book received rave notices when it first appeared. Bookgasm says it “Serves as a superb introduction to the boundless imagination of this unique and fascinating author,” and The Guardian calls it “A long-overdue retrospective.” And Booklist says it’s “A wild, fascinating batch of stories fairly balancing the fantastic and the nearly ordinary, and showcasing Moorcock’s talent very well.”

The Best of Michael Moorcock was published by Tachyon Publications on May 1, 2009. It is 403 pages, priced at $14.95 in trade paperback. There is no digital edition.

Does this volume contain the whole novella of Behold the Man?

Yes, it does. (Why wouldn’t it contain the whole novella?)

Given the size of the book, I thought Behold might take up too much room to include the whole thing.

“Behold the Man” takes up 49 pages, and in the notes the editors say that the version presented here is “pretty much as it appeared in New Worlds” in September 1966.

Moorcock expanded it into a novel in 1969, but this version is the original novella.

I don’t have my paperbacks of Behold in front of me (I have an American and a British version of the novella), but I know both are longer than 50 pages. I would guess they’re both around 120 pages. Maybe that’s why I was wondering if the whole text was in this Tachyon volume.

Behold the Man is 160 pages in my Avon “Equinox/SF Rediscovery” oversized paperback. (I love those editions, by the way. Some John or other should do a piece on them one day…)

> Behold the Man is 160 pages in my Avon “Equinox/SF Rediscovery” oversized paperback. 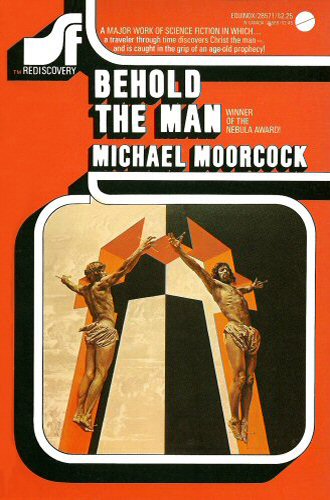 It shares the Bob Foster cover art from the 1970 Avon paperback. 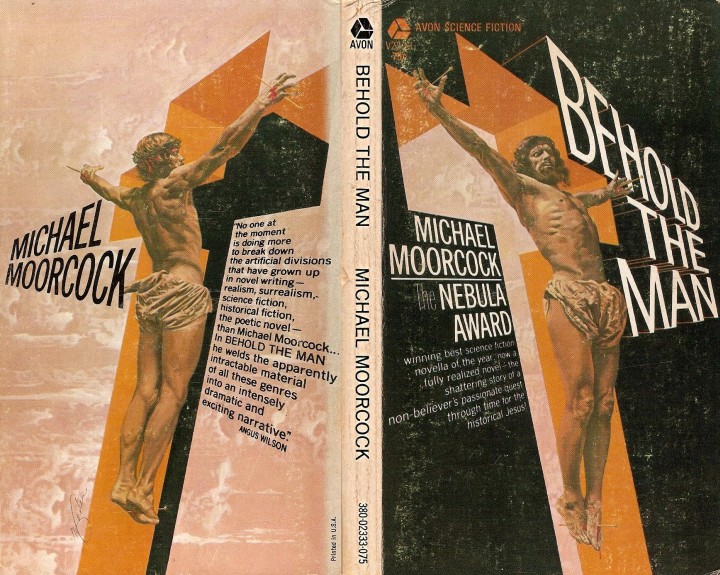 I’m trying to figure out if there’a longer version of the novella (between the novel, and the New Worlds edition).

> (I love those editions, by the way. Some John or other should do a piece on them one day…)

Agreed! I only have a handful of them though, so I have some collecting to do first!

My Mayflower edition (Granada Publishing in England) has 142 pages. I also have the Avon edition that John has pictured.

I’m sure the Tachyon edition puts a lot more words per page to get this down to 49 pages.

James, the magazine version was a lot shorter. It’s just a novella, not a novel.

Moorcock expanded the original magazine version into a novel in 1969. But what the Taychon book reprints is the original short version.