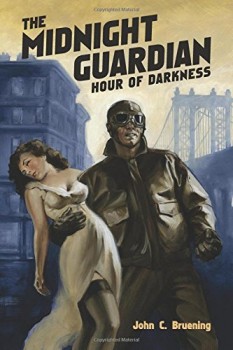 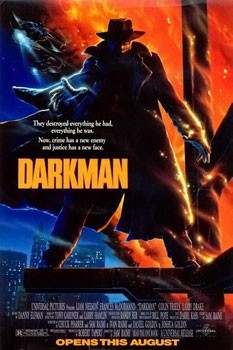 John C. Bruening makes a smashing debut as a novelist with a hardboiled pulp yarn that is so good, it immediately makes you set the author to one side with a handful of other standouts currently working in the New Pulp field.

The Midnight Guardian: Hour of Darkness frequently put me in mind of Sam Raimi’s underrated 1990 film, Darkman in that it is likewise evocative of The Shadow and Doc Savage and is set in a world familiar to readers of Dashiell Hammett and those who love old Warner Bros. gangster pictures of the 1930s (and Universal horrors and serials of the same decade). While much of The Midnight Guardian is the work of an author well-versed in the vocabulary and mythology of the pop culture of the last century, it is also the creative construct of a first-rate storyteller who has denied himself and his audience for far too long.

Pulp means a lot of things to different people. For purists, it is exclusively the fiction (adventure, crime, thriller, western, romance, war, humor) published in pulp magazines (not slicks) in the 1920s through the 1950s. For others, pulp fiction is any fast-paced, action-packed story with stock characters and situations set in a world decidedly less sophisticated, but much more visceral  than our own.

The passage of time has altered the meaning so that some of the authors who were primarily or exclusively published in the slicks are now considered pulp while some legitimate pulp authors are now accepted as literature and escape the bourgeois snobbery affected by those who consider pulp anti-intellectual. Bruening straddles both camps here, producing a work that is both hard-boiled and literate as well as chock full of pulp escapism.

The book has many virtues, but it is Bruening’s complete absorption in his place and time to produce a work that reads authentic rather than just a well-written period piece that is his greatest accomplishment. The titular hero is the augmented alter ego of assistant district attorney Jack Hunter who is sworn to bring down megalomaniacal crime boss Nicky Dynamite. Bruening does a nice job drawing as many parallels as contrasts between hero and villain.

Neither character is one-dimensional as both represent a more nuanced approach to the genre. This is a hefty volume clocking in at over 400 pages, but Bruening paces his story well and the character developments leave the reader eager for a sequel. 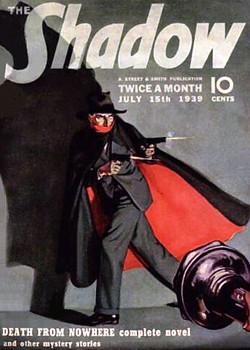 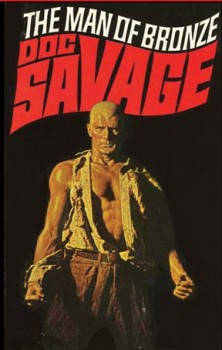 When I was a kid, I saw names like Roy Thomas, Don Glut, and Will Murray in books and comics I read and I knew precisely what I wanted to do when I grew up. I wanted to write amazing stories like they did that built upon the worlds established by the pioneers of the preceding generation. Somewhere, someone is going to read The Midnight Guardian: Hour of Darkness and think to themselves, “this is what I want to do, too.”

I’ve known John C. Bruening for the better part of a decade now. We’ve had many conversations at conventions and online. I never imagined he had something like this book inside of him, but thank God he found the courage and perseverance to finish this book and get it published. This one is a beauty and easily one of the best books of the year.

For the still hesitant reader, I can only say the following: Get this book. New Pulp doesn’t get any better than this. By way of a message to John C. Bruening: never again doubt your very obvious gifts. Keep at it. Your audience is going to keep growing the more you write. You’re too damned good to deny yourself. We want more Midnight Guardian and whatever else you have creeping around the shadowy corridors of your mind.

I’m in! Really liked Darkman back in the day, and am definitely ready for some well-written pulp 🙂

…Just finished “The Black-Eyed Blonde,” which was a recent follow-up on Chandler’s Philip Marlowe character, set in the late 1940s. Quite good.

I finished it a couple of days ago, after buying it based on this review. I thought it was good, I enjoyed it, but could have been tightened up and cut to about half it’s length. The original pulp boys would have done. I also had a problem with one bit in it, a fall from height that seemed impossible. Still, a fun book.