I’ve been hearing about Robert Reed’s Greatship stories for a very long time. The tales of a vast spaceship relic that is larger than worlds, and which contains thousands of alien species, the Greatship stories appeared first in F&SF and Asimov’s Science Fiction in the mid-90s, and were frequently reprinted in Best of the Year anthologies.

By the last decade Reed was producing ambitious novellas in his Greatship universe, and they were appearing primarily in anthologies — especially the novella-friendly anthologies from the Science Fiction Book Club — such as “Camouflage” (in Down These Dark Spaceways, May 2005), “Rococo” (Forbidden Planets, May 2006), “The Man with the Golden Balloon” (Galactic Empires, February 2008), and “Alone” (Godlike Machines, September 2010). There was also at least one standalone chapbook, Mere, from Golden Gryphon Press, and three novels: Marrow (2000), The Well of Stars (2005), and A Memory of Sky (2014).

Three years ago, Argo-Navis press produced the first collection, The Greatship, which gathered a dozen short stories and novellas written over the past 20 years (including Mere and all four novellas mentioned above), along with additional connecting material and an introduction. At $31.99 in trade paperback it’s a bit pricey, but it’s well worth it to have so much great material in one place. 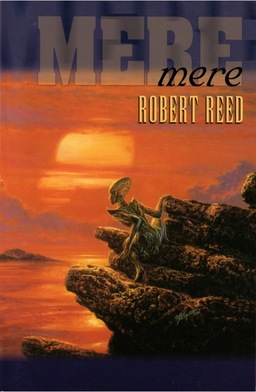 The front and back cover can’t seem to agree whether it’s “Greatship” (one word) or “Great Ship” (two words).

I’ve read two, perhaps three, of these and it’s always been referred to as the Great Ship series.

Surely this isn’t just sloppiness. What am I missing?