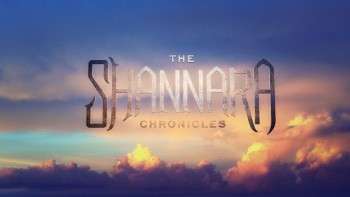 Back in January, I wrote about the then-in progress Shannara Chronicles miniseries on MTV. I was less than overwhelmed. Even though Terry Brooks was involved, and while it did some things nicely, it most certainly was not the Shannara project some of us have been waiting decades for. Granted, it was decent enough that I stuck through all ten episodes.

While the main storyline got closure in the final episode, others (which had nothing to do with The Elfstones of Shannara, the book the series was based on) were left wide open.

I missed this, but back in April, MTV signed on for a second season, though I haven’t come across any kind of timeline.

The show did extremely well in digital format, with over 16 million streams and becoming the most downloaded single-season show ever for MTV. Since it was aimed at the teens and twenties crowd, that’s a good sign.

I liked it enough that I will watch season two, where I’m sure we’ll get more pretty people and lots of the angst, which is the hallmark of the target age group.

Terry Brooks has said that the story is leaning towards The Wishsong of Shannara (which followed Elfstones), with some of Sword of Shannara mixed in.