Earlier this week I summarized the results of the annual Locus Awards vote for Best Magazine, as reported in the July issue of Locus magazine. I was very proud to see that Black Gate came in at #8 (out of 27 magazines). I was also surprised to see that Tor.com had placed #2 on the list, beating out magazines like Fantasy & Science Fiction, Clarkesworld, and Analog. Locus readers tend to favor the fiction magazines over media sites and online blogs…. but then again, Tor.com has gradually become one of the top sites on the internet for genre fiction.

Witness the month of May and early June at Tor.com, which featured brand new fiction from Genevieve Valentine, Brian Hodge, Nisi Shawl, and many others. There’s plenty here for adventure fantasy fans, including “Orphan Pirates of the Spanish Main” by Dennis Danvers, an SF tale featuring Stan and Ollie, orphans who receive a mysterious postcard from their father, who disappeared decades ago into the deadly Abyss in New Mexico; P. Djeli Clark’s “A Dead Djinn in Cairo,” in which Special Investigator Fatma el-Sha’arawi, in an alternate 1912 Egypt, faces rampaging ghouls, saucy assassins, and clockwork angels in the ancient ruins beneath Cairo; and Theodora Goss’s “Red as Blood and White as Bone,” a dark fantasy about a kitchen girl who lets a ragged woman into the castle during a raging storm, certain she is more than what she appears to be.

Links and brief descriptions for May-June fiction at Tor.com are below.

“The Pigeon Summer” by Brit Mandelo
Wed May 11, 2016
edited by Patrick Nielsen Hayden
Dark Fantasy, Horror || Talking to ghosts has its dangers — and its rewards.

“A Dead Djinn in Cairo” by P. Djeli Clark
Wed May 18, 2016
edited by Diana Pho
Alternate History, Science Fiction || Egypt, 1912. In an alternate Cairo infused with the otherworldly, the Ministry of Alchemy, Enchantments and Supernatural Entities investigate disturbances between the mortal and the (possibly) divine. What starts off as an odd suicide case for Special Investigator Fatma el-Sha’arawi leads her through the city’s underbelly as she encounters rampaging ghouls, saucy assassins, clockwork angels, and a plot that could unravel time itself. 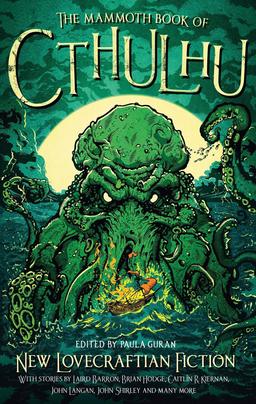 We last covered Tor.com with their April fiction. See the complete fiction catalog at Tor.com here.

You can also sign up for a weekly email from them that includes links to interesting articles as well as a link to their weekly new, short fiction. That’s the only way my old brain remembers to check it out regularly.