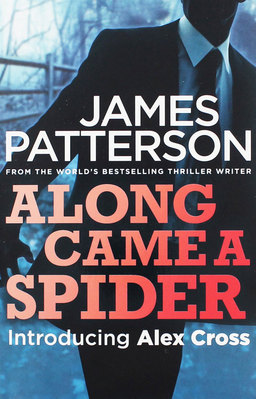 Forbes magazine is out with its annual round-up of top-paid authors. There aren’t a lot of surprises — but they also estimate the earnings for each writer on the list, and there are some eye-popping numbers. Here’s the top names on the list, as compiled by Natalie Robehmed:

Robehmed also notes which authors dropped off the list this year… and who may be on their way out:

Newly off the list are Gone Girl‘s Gillian Flynn, The Hunger Games‘ Suzanne Collins and mystery novelist Janet Evanovich, who all saw sales of their catalogs take a dive.

Even George R. R. Martin may be on his way out: HBO has confirmed its Game of Thrones series will conclude after next season. Martin has already spent a half-decade writing the hotly anticipated sixth installment of A Song of Ice and Fire and without a new book, his earnings may falter next year.

Apparently I’m not into the popular authors. I’ve read a fair amount of Grisham, but not for several years now.

And I liked Angels & Demons and the Da Vinci Code.

Never cared much for the Stephen King I’ve read and except for maybe a GRRM short story, that’s it. Not one book from the rest of the list.

With the many co-written books, surprised to see Janet Evanovich going down.

That is one heck of a gap between the top 2!

Anyone know how long it’s been since Dean Koontz was on the list? I know he made tons of money during the 90’s, his backlist is still readily available at Barnes and Noble and Books-a-Million, and his new books seem to still be fairly popular.

For me, the shocking thing is the gap between Patterson and, well, everybody else. But I know he’s a) incredibly prolific and b) not afraid of the “collaborations”.

> Apparently I’m not into the popular authors. I’ve read a fair amount of Grisham, but not for several years now.

I felt the same way when I first saw the list. I’ve read Rowling, Martin and King extensively, and a little from Jeff Kinney (Diary of a Wimpy Kid) and Rick Riordan (Percy Jackson), but that’s it. There are names on the list I don’t even recognize! (Who the heck is Paula Hawkins?)

Isn’t it? I don’t remember the gap between Patterson and the rest of the list being so pronounced…. but perhaps that’s because in past years JK Rowling dominated.

> Anyone know how long it’s been since Dean Koontz was on the list?

> For me, the shocking thing is the gap between Patterson and, well, everybody else.

Patterson has turned writing into an industry, with a highly trained staff of co-writers. It’s something that hasn’t been done successfully since the pulp era. The question is, can others copy his model?

I waiting for the FORBES list of BIGGEST EBAY SF PAPERBACK BUYERS. John, you’ll be near the top of that list!

Paula Hawkins is the author of “Girl on the train”, which supposingly is the new “Gone Girl”. I guess a single worldwide besteller is worth ten Million. Good to know…

(Ive read Gone Girl and while Im not into thriller, found it pretty original, but too depressing for my taste. I havent read Girl on the train, because Im neither into thrillers nor into books that are the “new” version of a different book 😉

So, does James Patterson actually write anything? My impression is that he might just come up with an idea, and then he hires one of the legion of writers who desperately need work to write it for him. And stands back and rakes in the bucks.

I’ve read a few things with Patterson’s name on them and didn’t think they were too good.

> So, does James Patterson actually write anything? My impression is that he might just come up with an idea,
> and then he hires one of the legion of writers who desperately need work to write it for him.

Well, I have no insight into how much Patterson actually writes. But if I could make $95 million a year by coming up with ideas, and just farming them out to writers who desperately need work, I would be the greatest literary genius in history.

More likely Patterson had nurtured a team of extremely talented writers who suit his brand well, and can execute on the guidance he gives them (however much that is).

I don’t read Patterson, but I’ve learned over the years not to scorn writer just because they’re popular. Patterson is the top-selling writer — by a huge margin — because he has more loyal readers than anyone else in the world. He earned their loyalty, and they keep coming back. I respect that a great deal.