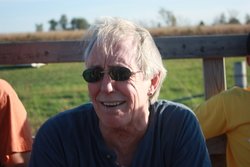 Dick Enos has proven himself one of the most prolific New Pulp writers since he emerged five years ago.

What sets Dick apart from many of his contemporaries is his unwavering vision to create original pulp characters. Until recently, I was only familiar with Rick Steele, the adventurous 1950s test pilot who has appeared in seven novels thus far. Rick is cut very much from the mold of the classic newspaper strip, Steve Canyon and OTR and Golden Age of Television favorite, Sky King.

I was vaguely aware that Dick had launched a second series featuring an original character, a female private eye called Lara Destiny. I immediately thought of Max Allan Collins’ Ms. Tree and Sara Paretsky’s V. I. Warshawski. Female private eyes were a rarity in hardboiled circles thirty years ago, but what could Enos offer in the way of a new twist? The fact that Lara Destiny was born Lawrence Destiny is a good starting point.

There are five books in the series thus far starting with The pink Kitty Killer (2014) which introduces former police detective Larry Destiny who now identifies as a female private eye called Lara Destiny. Larry is still male biologically, but he is, for the most part, happier and more successful since he has let Lara out. 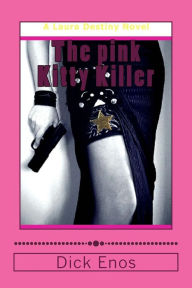 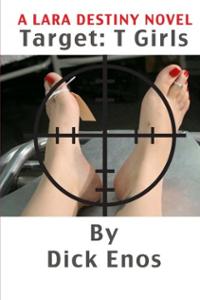 These two distinct personas often interact as separate identities within the same body. However, the series isn’t charting the course of a character with a personality disorder so much as it is defining identity for an individual seeking to feel comfortable in his own skin, but not necessarily his own clothes.

The situation is complex, but never farcical though the complications have several more twists than Victor/Victoria ever imagined. Lara is not interested in gay men, realizes straight men are out of the question, and ends up falling in love with the female Assistant D. A. who thinks she might be a lesbian.

As the series continues, their relationship quickly becomes the heart of the series for the man who feels best as a woman and the woman who thinks she might like other women are very much in love with one another. Exactly who and what they are is the sort of sniping they endure from others all the time, but what they are is happy with each other.

While the outward search for identity, personally and within society, is very much at the forefront of the books; they are very much hardboiled detective novels with a twist that fits the series to a tee. The first book, The pink Kitty Killer sees Lara hired by a husband to find out if his wife is having an affair and then a corpse turns up. The plot may sound right out of Chandler until you learn the wife’s lover is another woman.

Along the way, the abduction and abuse of innocents in a world of addiction where life is cheap even when sex and the consequences are expensive has grown into a multi-billion dollar industry whose clients include scumbags in the ghetto as well as expensively dressed predators who answer to titles such as senator, governor, and president. 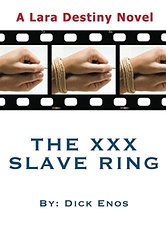 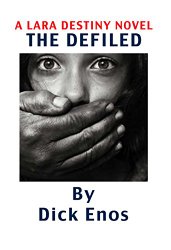 From dealing sympathetically and realistically with the victims of the dregs of degradation, we come to the fifth and latest title in the series, Vacation Hoodoo (2016) which takes Lara and her girlfriend out of their element for a vacation in a tropical paradise where they become embroiled with a voodoo cult. By comparison, the pulp fun of the latest title is a light relief (almost) from the last two titles and, in many ways, is the most accessible to traditional New Pulp crowds and fans of the author’s Rick Steele series.

As always, Dick Enos remains a literate, sympathetic author who engages his reader with involving prose that doesn’t shy away from the harsh realities of life. Hardboiled fiction has long been the province of males quite sure of the projected tough guy image that makes a man. Enos isn’t afraid to challenge that for, at heart, all mysteries involve restoring order to chaos by answering the questions posed by identity whether the victim or the perpetrator.

Enos isn’t the first hardboiled mystery writer to explore the detective’s own psychological identity through his cases (Ross Macdonald got there first with the Lew Archer series), but Enos is carving his niche in this predominantly male genre by asking what it means to be human.

While Larry Destiny may have found his identity as Lara Destiny, you can be certain Dick Enos has found his identity as a storyteller who understands the complexities of real people in a society where the line between predator and victim and male and female frequently blurs. Enos will be at Pulpfest July 21 – 24 in Columbus, Ohio signing and selling copies of both the Rick Steele and Lara Destiny adventures.