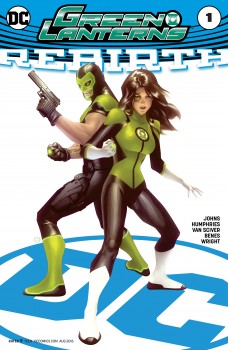 Rebirth still sounds a bit weird to say, like I’m saying DC was born in Kenya or something. In reality, I’m continuing from my last post which started my look at DC Rebirth, what I’m referring to as a corrective reboot.

To recap: DC seems to be explaining the discrepancies of the last 5 years (called the New 52) by saying that there’s a plot afoot and everyone in the DCU got their memory reprogrammed. This is comic books, so I’m ok with suspending belief over that one, because I’m intrigued as to who would be powerful enough to fiddle with the memory of everyone in the DCU and why they would do it.

So in the last two weeks, DC has unfolded more of Rebirth through a series of one-shot issues designed to propel readers back into the regular monthlies, some of which have already started under their “rebirth” banners. Here are the seven one-shots:

Batman Rebirth: Bruce gets a new helper. I don’t know yet if he’s a sidekick or not. That will roll out in the coming weeks. The fact that this new hero is a black guy certainly helps with diversity of voices DC will have to tell stories.

I liked the thematic concern too. This issue was about what superheroes do and why they keep going on when villains keep returning, changed, grown, more powerful. These are central questions to the central conceit of the superhero. I liked the hopeful answer. 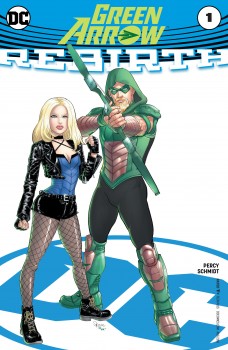 Green Arrow Rebirth: Dinah Lance is back! One of the things fans missed in the New 52 Reboot was that as all the heroes were younger, Green Arrow and Black Canary’s relationship was sort of erased.

Theirs is one of the longest running steady, healthy romances in DC, so seeing it brought back is great. The writer and artist create great chemistry between the two and the story is compelling.

Green Lanterns: Note that’s Green Lanterns plural! This is a baton-passing issue. Hal Jordan’s got big stuff to deal with for the sake of the Corps. He leaves Earth with Simon Baz, a Muslim-American and Jessica Cruz, a Hispanic-American.

I like both characters and they open up a range of stories I’m interested in hearing about. Not that I’m not going to hear about Hal Jordan and the Corps – they’re going to be in different books. And the set-up of this one shows me that the creators are aiming to do what the best fantasy does, which is to hold up a mirror to the way the world is now and comment on it. Seeing the low-level prejudice against Baz is sobering and powerful.

Superman Rebirth: The star of this story is not the Superman of the normal DCU (the one who wasn’t with Lois), because he just died, like really obviously and completely died. This is the story of the Superman from another Earth, who’d been hiding on this one for a while, with the Lois Lane from his world and their son. 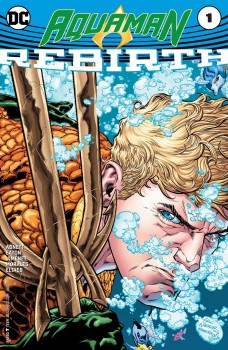 This is the story of he comes to realize he’s going to have to take over for the dead Superman of this world, despite the danger it may put his young family in. There’s a lot of drama in that package. And Supes will need a shave too…

Aquaman: This one surprised me. I’d never thought much of Aquaman, although I’d heard that Geoff Johns had expanded his mythos and made him cool. I’m looking forward to asking for the Johns Aquaman trade paperbacks from my local library.

The narrator of this one-shot isn’t revealed until the end, but it becomes immediately apparent that his royal Aquamanness is not well-liked underwater, nor universally respected above water, which lent the whole comic a tragic sort of feel. Based on this issue, I’m definitely going to check out Aquaman’s developments. 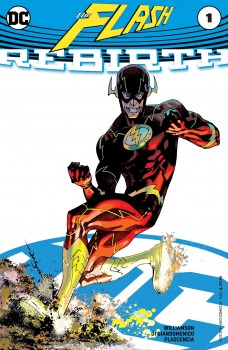 The Flash: This issue overlaps a bit with, and launches from, Rebirth #1, with Barry Allen working with Batman to figure out what the clues are to this mystery of their lost memories. And Barry and Wally have a lot of stuff to sort out personally.

Wonder Woman: I hadn’t read Wonder Woman since the Greg Ruck and Gail Simone periods, so I was delighted to see Rucka writing her again. This was more of a moody, psychological piece, but wonderfully done. Wonder Woman knows something is wrong with her.

She is legend, made of myth as much as she is of clay, and the memories of her myth and origin continue to shift, as does the past of her people and their relationship with the gods and the outside world. Other than Wally West (who was lost in the speedforce), Wonder Woman seems to be the only person powerful enough to see through the deceptions. And she happens to have a great weapon against deception, her magic lasso, which she uses on herself. Brilliant.

There’s a lot to like in DC’s course correction. There are too many artists and writers involved in these seven one-shots to list them all, but the quality of writing and art is as high as any I’m seen from the big two. I also liked the expansion of their world to increase the number of voices they have available to tell any given story.

Of course comixology.com has all these titles, and your local comic book shop would surely love to discuss any of these issues with you!

As I just commented on the first post, but probably should have said here, I bought that first issue and was underwhelmed and confused. I hadn’t read any DC comics since a smattering of the initial New 52 issues, which, except for Catwoman, I found pretty ho-hum. Rebirth No. 1 certainly didn’t help explain much, instead making things confusing and thus difficult to follow. I won’t be buying more. DC seems to be just making one set of poor decisions after another.

Hey R.K.! I totally hear you. I found New 52 confusing, as I had mostly been reading DC prior to the New 52. This sounds like it will be a resumption of the status quo, so I’m looking forward to it. If you check out other titles, let us know! DK

Been reading comics pretty much steady since 1959 but the constant rebbots and renumberings are starting to wear me out. I am NOT the target audience anymore. The New 52 did not hold together very well and actually reminded me of DC in the late 50s/early 60s when titles like Challengers of the Unknown, Doom Patrol, Sea Devils etc. seemed to be in their own little world. Of course all this changed -slowly-for DC when the Justice League of America came along and Marvel started tying everything together. The New 52 seemed more bent on separating everything. Personally I was pleased as punch to se the Phantom Stranger and Doctor Fate get a series but not so pleased with the results. Sigh. We’ll see what’s down the pike.