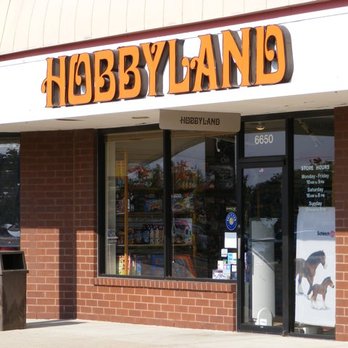 My first addiction was model trains, HO gauge engines and layouts that I was forever redesigning. Because I grew up in Columbus, Ohio, the need for new boxcars and Plasticville edifices led me without fail to a mid-sized indie shop in the Graceland Shopping Center called Hobbyland.

What I didn’t know until the summer between sixth and seventh grades was that Hobbyland had also begun to carry, mixed in with the how-to guides on paper airplanes and WW II tank models, peculiar tomes that hinted at inexplicable mysteries: Greyhawk, Blackmoor, and Eldritch Wizardry.

To enter Hobbyland in those early years of my next addiction was to experience, in its most literal form, the marvelous. Forget about the trains, planes, and automobiles. The real heartbeat of the place turned out to be the display-rack bookshelves, gray-painted, not numerous.

You remember. You recall how those early D&D books were so peculiar, so thrown-together, more like pamphlets and broadsides than the sort of book that sat on your parents’ shelves at home. Greyhawk, etc., would have sat well with quackery advertising (phrenology, anyone?) or the meditations of theosophists or Doctor Dee.

Best of all, most crucially, they promised something that the world at large seemed perhaps to lack: actual magic. Their 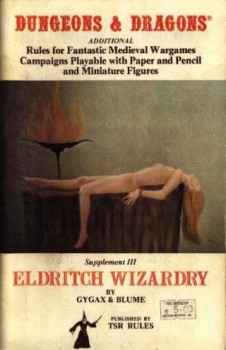 And the smell of them, that first edition of The Players Handbook in particular. It smelled (and smells, to this day) like mimeograph ink. (Those of a certain age need only recall their elementary school offices to know exactly that scent.) I have that same copy still, and when I open it… ah, history.

In writing up these thoughts, I had expected to discover that Hobbyland would be gone, swallowed up by unknown changes in ownership and our collective, foolish dependence on the predictability of chain stores, but as it turns out, it’s expanded from one to three locations and remains in business still.

But they don’t carry role-playing paraphernalia any more, at least not if their website is to be believed, and that, my friends, is a tragic loss. Those were heady moments, those early explorations of the D&D lore, an encounter with possibility: limitless, unknown, and tantalizing. To rifle the pages and contextualize the sometimes lurid cover art with the derring-do that awaited inside… bliss. 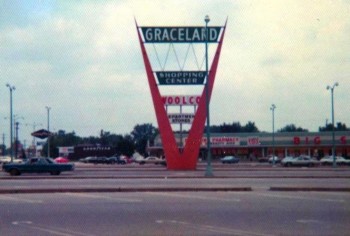 In short, the original Hobbyland was a temple, one to which I returned many times as I added rulebooks to my shelves and dice to my dice bag (purple velvet, a Seagram’s cast-off from a favorite aunt).

So this is me, raising a heartfelt, grateful glass (cabernet, tonight) to memories and turning points and those odd little shops that dared to stock the “gateway drugs” of fantasy role-playing, the tomes that brought gaming into my life –– and, I’ll wager, yours.

To which shop around the corner would you lift a glass?

Mark Rigney has published In the Wake Of Sister Blue along with three stories in the Black Gate Online Fiction library: ”The Trade,” “The Find,” and “The Keystone.” Tangent called the tales “Reminiscent of the old sword & sorcery classics… once I started reading, I couldn’t stop. I highly recommend the complete trilogy.”

Away from Black Gate, he is the author of the supernatural quartet, The Skates, Sleeping Bear, Check-Out Time, and Bonesy, all published by Samhain and featuring his semi-dynamic duo of Renner & Quist. His short fiction has been nominated for a Pushcart Prize and has appeared in Lightspeed, Unlikely Story, Betwixt, Black Static, The Best of the Bellevue Literary Review, Realms of Fantasy, Witness, The Beloit Fiction Journal, Talebones, Not One Of Us, Andromeda Spaceways Inflight Magazine, Lady Churchill’s Rosebud Wristlet and many more. His author’s page at Goodreads can be found here, and his website is markrigney.net.

While the big megillah in NYC was the original Compleat Strategist in Manhattan, on Staten Island, the place to go for D&D was Smiling Sunny’s Toys on Forest Avenue. There was a large endcap in the back of the store, past the Corgi display case and models, where every early TSR book and Grenadier miniatures set could be found. Except for a the original Gods, Demi-Gods & Heroes booklet and a few modules, the decade-gone Smiling Sunny’s is where I bought most of my early roleplaying paraphernalia.

I’ll raise a glass to the Hobby Shop or Nicol’s Hobby Shop back in Austin, MN — a tiny storefront with shelves overflowing with plastic model kits. And he did start carrying AD&D and Traveller items back in the late 1970s. The best part: He actually had a catalog behind the counter, and I could go through it and pick out the stuff I wanted him to special-order, which I’d then pay for with the proceeds from my paper route.

…As I sit here typing this reminicence into a $75 Android 5.1 phone with possibly as much computing power as the Apollo program, I suspect it’s rather difficult for “kids today” to envision life without Amazon and eBay, Halo and WoW, …and the “whole freakin’ Internet thing.” This was a time when playing an “RPG” meant a requisite gathering of geeks around a gaming table, where there were going to be miniatures moved around for no apparent reason, “no. 2” pencils and pads of graph paper that “dungeon mappers” would pore over, and dice of every size and shape clattered about (I doubt I was the only daft geek, who when it came time for your character to lay the hurt down on a nether demon, didn’t put some “extra juice” into that d20 roll! 😉

I used to ride my bike from my house in Whitehall to the Hobbyland at Town & Country shopping center. Then we’d go over to the Drowsy Dragon on the other side of Broad Street if we had time.

I bought my entire Judges Guild collection at those two stores!

Ha! That’s a good one. And you’re very welcome.

So many shops, so many memories.

And not one of them said “Wal-Mart” or even “K-Mart” over the door.

I used to go and drool at the local hobby shop, Orange Hobbies, but this was before D&D was even a gleam in Gary Gygax’ eye. I was there to gaze longingly at the HO stock, especially the few brass locos imported by PFM from Japan. I eventually was able to buy some of those, but never managed to have a running layout (lousy at wiring).

In my little town of Salem, Indiana, my junior high friends and I got our first D&D products at a bicycle shop called “Spoke and Sprocket” run by a couple of hippies. In retrospect it was something of a “dead-head” shop, selling not only bicycles, but blacklight posters, incense, cassettes, and D&D. What a hodge-podge! I can still remember my first D&D items smelling of burning incense.