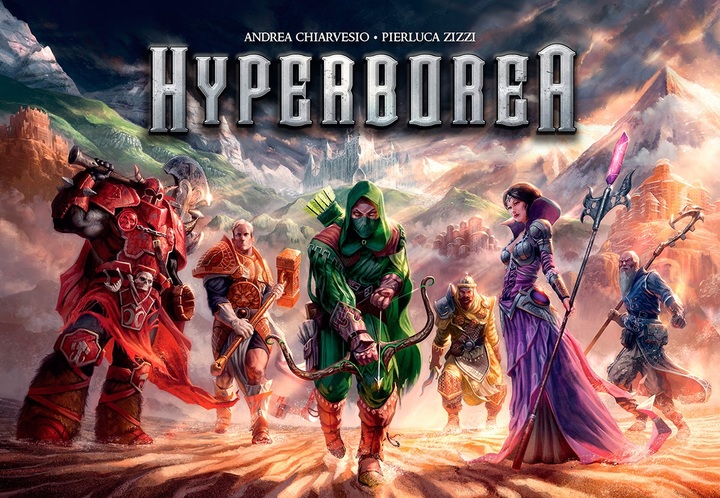 I have a certain fondness for epic fantasy games. You know the ones I’m talking about. The kind where you build vast armies, dress them up in matching clothes, and scooch them around, crushing civilizations.

I also have a fondness for saving money. And where these two interests intersect, I find a lot of personal joy. So recently I’ve been hunting up game bargains online, especially on Amazon, which has deep discounts on a number of fantasy boardgames. Why they do, I dunno. I don’t question it. I just give them my money, and get fabulous shinkwrapped treasures in return.

My most recent acquisition is Asmodee’s game of epic fantasy conquest, Hyperborea, which multiple online sellers are offering for about 60% off. It’s a 2–6 player board game that challenges players to build their mythical nation into the greatest empire in history. You do that by capturing land, defeating imposing monsters, exploiting strange technologies and magics, and building mighty armies. That you scooch around the map, crushing civilizations.

Here’s the back cover. 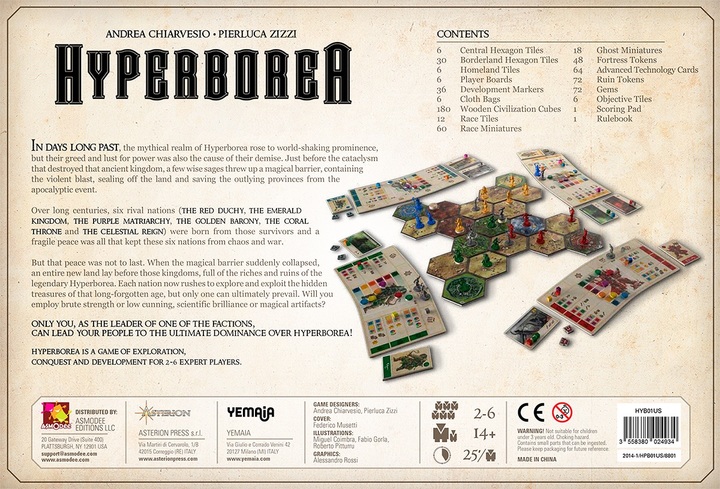 If you’re familiar with epic-scale fantasy games, you know they take a lot of time to set up and play. Hyperborea skirts much of that with an intriguing “bag-building” mechanic, which simulates some of the depth of typical civilization games, but yields a shorter play time. Every player draws from a bag containing the cubes you need to develop your nation from a fledgling upstart to a mighty civilization. 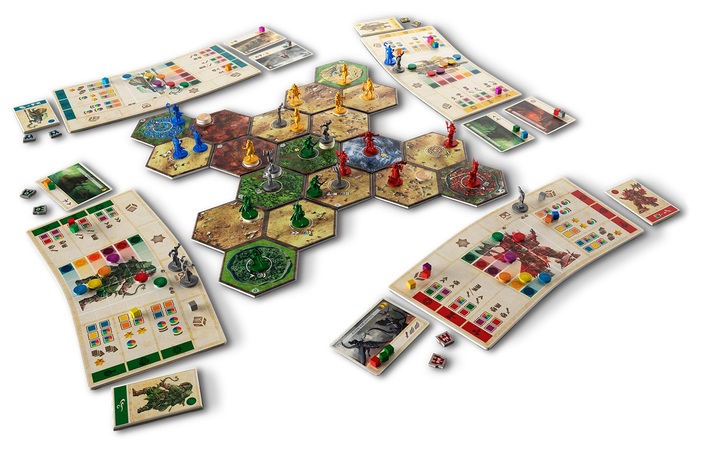 In his online review for Drive Thru Review, Joel Eddy says:

This is staying in the collection, It’s awesome, it’s fun… it’s one of my favorite games of the year, honestly… I love Clash of Cultures, I love Eclipse [and] Twilight Imperium… this hits in that same vein.

Check out his complete review here:

I could itemize all the contents for you, but it’s way less work to just link to MTGirl’s YouTube unpacking. Here it is. 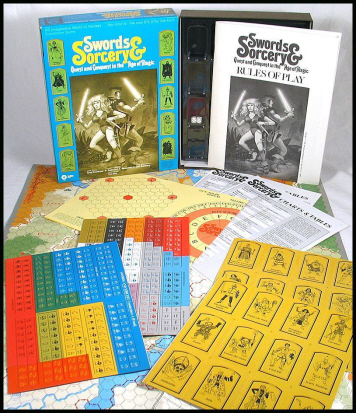 Our most recent article on bargain hunting for board games was:

Cast Your Spell on a Medieval Town in The Village Crone

If epic-scale fantasy games of grand conquest are your thing, you’re in luck — we’ve covered several in the past few years. They include:

Conquer a Dark and Dangerous Galaxy in Forbidden Stars
Vampiric Legions Versus Noble Knights: Avalon Hill’s Dark Emperor
Monolith’s Conan Board Game Raises Over $2 Million on Kickstarter
Loot The Tomb of Horrors in Style in Conquest of Nerath
Take to the Skies in Iron Battleships in Catalyst Game Labs’ Leviathans
BattleLore: You Got Your Goblins in My Hundred Years War!
Reenact Clash of the Titans on Your Kitchen Table With Mythic Battles
The Lords of Underearth
Avalon Hill’s Elric Young Kingdoms Adventure Game
Titan
Federation Commander: Klingon Border
Sword of Aragon
Lords of Waterdeep
Eclipse
Swordquest, by Task Force Games
SPI’s Swords and Sorcery
Ikusa

Hyperborea was designed by Andrea Chiarvesio and Pierluca Zizzi, and released in 2014 by Asmodee. It is priced at $99.99; new copies are available through Amazon.com starting at around $40. I don’t know how long that pricing will be available, so if you’re interested, you may want to act quickly.

See all of our recent Games coverage here.

Curse you, John! [shakes fist at screen before clicking through to Amazon and ordering a copy]

And just to return the favor, here’s a link to the Dark Souls boardgame — the Kickstarter is over (and was wildly successful) but they’re still accepting after-the-fact pledges.

I’ve been getting cursed a lot lately. I take it as a complement.

> And just to return the favor, here’s a link to the Dark Souls boardgame

Oooo… that does look fabulous. But £80 for a board game?? That’s over $116! $50 tends to be my upper limit these days. Which is why I appreciate bargain games so much…

Yeah, I haven’t quite been able to bring myself to hit the BUY button on that one either. Not yet, anyway.

I wasn’t familiar with this one, so I stepped over to The Dice Tower to watch Tom Vassel’s review of it. It’s pretty funny. “It looks exciting. See these guys? [Holds box up to camera.] They’re coming to get you! Now let’s look at them again. [Holds up handful of cubes.]”

He did like the game, although he strongly recommended playing the short version.

Yeah, that was a good review. Was it that one or another one I watched that said that really you don’t want more than 2-3 players because that causes the time (more specifically, the time during which you’re not actually doing anything) to increase exponentially?

Still, I got my copy today, am suitably impressed by the box and the contents, and am hoping to give it a go this weekend.

Yeah, he said three is great, four is okay. Five & six should not be on the box.

And I just finished a couple of two-player games of Hyperborea. Which took a heck of a lot longer than the listed time (some of which can be chalked up to unfamiliarity), but which were quite fun, and pretty close.

Glad to hear it, Joe!