Some of my fondest memories are days spent at my Nan and Grandad’s cabin in Heber, Arizona, up on the Mogollon Rim nestled in the largest ponderosa pine forest on the continent. Surrounded by that fantastic landscape, it was easy to let one’s imagination run as free as the Mogollon Monster…

The “woodpile” behind my Nan and Grandad’s cabin was mostly dirt, left over from when part of the lot was first cleared to make way for the trailer (the cabin was a large trailer home, actually, with a deck built on). The wood came from the pine trees that had been cut down, their trunks buried under the heaping dirt mound, giving the woodpile its foundation and shape.

It wasn’t so big, really, but to my cousins and me it was our own private mountain fortress. How many times did we flop down on it for cover as Injuns shot arrows at us, and then return fire over its crest with our wood-knot guns? Or, other times, the wood-knots were machine guns and we were out there fighting Nazis. 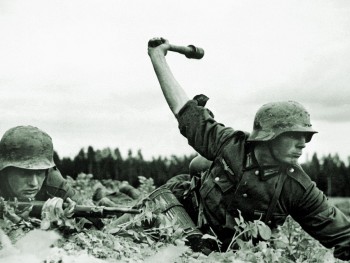 But most often we played on the woodpile with our small toys, dumping out buckets and buckets of plastic army men and knights and dinosaurs and cowboys and Indians, Star Wars and G.I. Joe action figures. Epic battles were waged on that woodpile, wars that transcended time and space: a band of horseback gunslingers taking down a T-rex? Why not? We could patch the timeline back up when we were back in school.

Sometimes a small hole would open up in the woodpile, a dark, porous cavity that tunneled down through buttresses of gnarled, worm-gnawed wood. Erosion and the pressure of many small feet would cause these holes to open. In scale with our action figures, they were gaping caverns-–and if a figure happened to fall down one, abandon all hope of ever recovering it. 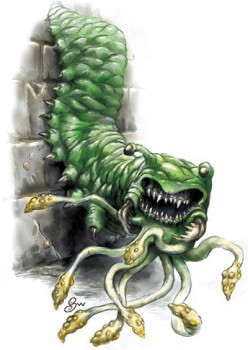 Naturally we’d dig our own holes, making tunnels and earthen-work roads and bridges for Matchbox cars, or little dirt forts and embankments for our plastic warriors to charge over. As you dug deeper, you’d turn over each scoop of moist loam and wood mulch with a little trepidation: alert for a wriggling many-legged thing that might pop up. That was a skin-crawling moment when the imaginary Lilliputian world you’d erected was invaded by the very real, alien presence of a long, fat centipede whipping and coiling in its sudden exposure to the light.

Years later, construction workers used the dirt from the woodpile to lay foundation for an addition to the trailer. My Nan recalled fondly the army men and cowboys that the diggers turned up in the dirt. Long lost soldiers stirred from their graves, testaments to those microcosmic battles that were the biggest thing in an eight-year-old boy’s life.

Oh, lying on that little mound of dirt I had lots of big, big thoughts. On that woodpile my life was epic. On the woodpile I was always a hero. 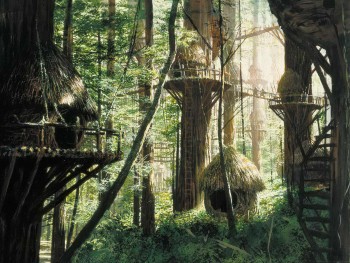 The treehouse was a freestanding fortress, a wooden tower with a single central room, hatches in three of its walls that you’d secure open with a hook-and-eye latch, and a door in the fourth, so you could look out in any direction from the eagle’s nest of your ship or the guard-tower of your castle or cowboy fort. It was only accessible by a single ladder, a ladder that looked like it stretched so high when you were standing at the foot of it, your small foot on the first rung.

A contiguous balcony bordered it on all sides, about three feet wide. Openings were cut into the balcony just large enough for two pine trees, which jutted up through and overshadowed the tower, leaking sap and thatching the roof with pine needles, so that you could also imagine the treehouse to be the dwelling of Tarzan or wood-elves or Ewoks. You had to squeeze past those trees when you made a complete circuit of the balcony, only a foot of clearance between their trunks and the railing, and they left a sticky sap residue on your jeans as you hugged against them precariously navigating past the sheer drop. Back then the railing was not enclosed.

One day Doug and I ran full tilt around and around the balcony, barely slowing to squeeze past the trees, while our sisters and cousins inside the fort tried to catch us by popping up the hatches and lobbing out pine-cone grenades as we barreled by. The plywood was still slick with snowmelt, and when I came around a turn my feet went out from under me, and I was off and over the side, falling, thudding into the brush below.

Decades later, my wife and daughter and I were driving along the Rim, and I turned off the road past the Circle K in Heber, navigated the maze of turns onto narrower dirt roads, back into the woods like I’d been there yesterday, to see the land again. We walked up to the cabin that would always be Nan and Grandad’s regardless who lived there now. I was thrilled to see the old treehouse still towering at the back of the wooded lot, with a fresh coat of paint, the railing now filled in with vertical wooden posts.

Then my wife peeked over the fence (which was a new addition) and said, “That’s the treehouse you fell out of? That’s why you have acrophobia? I always pictured it being, like, three stories tall!”

“Well, it did knock the wind out me!” I protested.

But she was right. Things were bigger back then.

You shrink the world by growing up.

Very nice Oz. You brought back some fun memories. I once went back and saw the last of where as a kid I built a bunker/trench in the middle of a desert. I got to see the old fortress before the housing development wiped it all out. I hope your playground never feels the swipe of “progress”.

Me too, Ape. I reckon that, though the specific details might be idiosyncratic, much about our generation’s playtime memories is universal.

One of the weird things about coming back to raise my kids in the neighborhood where I spent a chunk of childhood is watching them mythologize my old mythic landmarks.

How far did you ride your bike today?

Past the Poohsticks Bridge and the Climbing Rock, all the way to the lake that can’t possibly be manmade no matter what Mommy says because it’s far to big.

My treehouse incident was discovering, unlike Tarzan, I did not have the strength to swing on the rope one-handed. Then I landed on the rocks.

Sarah: That’s great! What would be really funny is if the fun, innocent-sounding “Poohsticks Bridge” was, in your childhood mythology, the Bridge of Cthulhu or Blood Bridge or something.