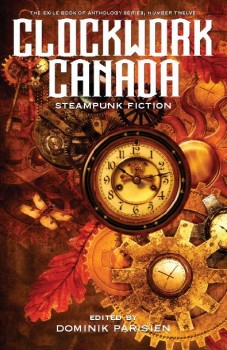 In December, Black Gate editor John O’Neill scooped the world with the cover of Clockwork Canada, Dominik Parisien’s newest offering as an anthologist. Dominik is best known as a poet and writer, but also for his editorial work with the Ann and Jeff VanderMeer and Saga Press. Exile Editions is launching Clockwork Canada this month and I wanted to chat with Dominik about his intriguing vision behind this anthology.

To set this up, I include the back-cover blurb:

Welcome to an alternate Canada, where steam technology and the wonders and horrors of the mechanical age have reshaped the past into something both wholly familiar yet compellingly different. These fifteen supercharged all-new tales reimagine Canadian historical events, explore alternate Canadas, and gather inspiration from the northern landscape to make us wonder: what if history had gone a different way?

Experience steam-powered buffalo women roaming the plains; join extraordinary men and women striking out on their own or striving to build communities; marvel as giant rampaging spirits are thwarted by a miniscule timepiece; cringe when a great clock chimes and the Seven O’Clock Man appears to terrorize a village in Quebec; witness a Maritime scientist develop a deadly weapon that could change the course of the American Civil War.

Thanks so much for the interview, Dominik. Clockwork Canada looks really cool.

Thanks, Derek! I appreciate you taking the time to interview me.

So steampunk has a long history. What’s the state of the union on steampunk in 2016, or in other words, what kind of field does Clockwork Canada enter this month?

Steampunk in 2016 is continuing along a path of diversification and expansion. Where earlier steampunk stories had a strong focus on British culture, especially Victorian England, projects in recent years have embraced other settings, cultures, and time periods, and many readers have shown an appreciation and demand for these stories.

There is, of course, still resistance to the changes. To some people steampunk is intrinsically connected to those earlier settings and time periods, and any deviation is seen as something “other” than steampunk. I find this view problematic because it makes for a stagnant field with very limited perspectives. It’s why recent projects like these are so valuable:

The Best of Spanish Steampunk (2015), ed. by James and Marion Womack
The Sea is Ours: Tales from Steampunk Southeast Asia (2015), ed. by Jaymee Goh and Joyce Chn
Steampunk World (2014), ed. Sarah Hans and the follow-up Steampunk Universe, which is open to submissions here.
Long Hidden: Speculative Fiction from the Margins of History (2014), ed. by Rose Fox and Daniel José Older (not specifically steampunk but partaking in alternate history storytelling in useful and important ways)
Steam-Powered: Lesbian Steampunk Stories 1 and 2 (2010, 2011) ed. by Joselle Vanderhooft 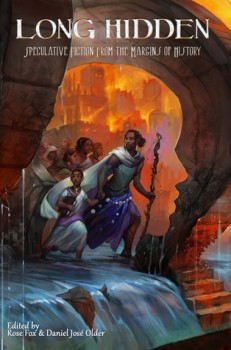 It’s said that the best science fiction and fantasy comments on the world the reader lives in. Are there particular themes that steampunk can reach that other genres cannot? What does this anthology add to the conversation steampunk is having with the specific field?

On the website Beyond Victoriana, editor and critic Diana M. Pho writes that “Steampunk, because it’s an aesthetic & a subgenre inspired by a time period fraught with a complex social and political history, is never apolitical” and she’s right. A story doesn’t need to be overtly political in order to be political.

The choice to write or publish specific perspectives or narratives is a deeply political action, and in my mind it’s always important to recognize that, especially when drawing on real historical periods.

Steampunk can be fun, pulpy retrofuturism with gadgets and doodads and amazing inventions, but because of its historical grounding it’s also in a position to make us reflect on the present. Transferring computers or automatons or technological devices to periods in which those things did not exist historically can help us interrogate our relationship to these artefacts in the present.

History tends to be cyclical rather than linear, and drawing on specific historical events can help writers engage with contemporary issues. Rati Mehrotra’s story in Clockwork Canada is a retelling of the Komagata Maru incident in British Colombia. Although the actual event occurred just over a hundred years ago, many refugees/immigrants still face terribly difficult situations when entering Canada, if they can enter it. 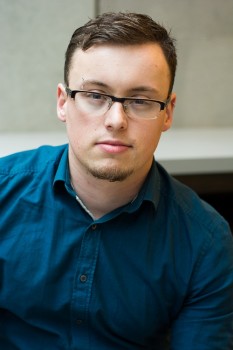 Canadians can look at the deportation of the passengers of the Komagata Maru and think “Never again!” or “Not in my Canada!”, but much of the language levelled against Gurdit Singh and his people in 1914 is similar to what is said of Syrian refugees today.

My aim with Clockwork Canada is to encourage writers (whether Canadian or not) to mine their local history for storytelling, both in steampunk and in genre in general. Specifically, to encourage critical discourse with local history and to help it reach audiences who may be unfamiliar with it.

Many of the stories either in the anthology or that I read in the submission pile had a particular preoccupation with the natural world;  part of the natural landscape often played a large part in the worldbuilding or in the plot. This isn’t unique to steampunk, and is a characteristic often attributed to Canadian literature, but it’s interesting to see it featured so prominently in a genre where the focus elsewhere tends to be on the artificial rather than the natural. 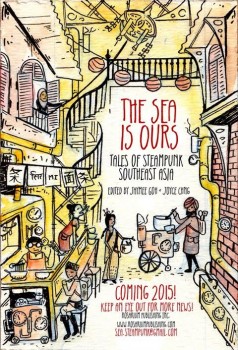 A good deal of steampunk is set in metropolises in reimaginings of our present societies set in the past. This was rarely the case with this project. Many stories were set in emerging cities or villages, or in the bush.

One might say this is simply a reflection of the time period for Canada, but it was nonetheless interesting to see how even alternate Canadas were rarely reimagined as reflections of larger, more contemporary societies as we often see in steampunk from Britain or America.

The immigrant experience also plays a key role. Although this may in part have to do with my bias as an editor – the guidelines specifically encouraged consideration of this angle – I will say that the sheer number of stories exploring immigration suggests that the subject is very much on the mind of writers in regards to Canada and steampunk.

The Canadian setting also offers writers a number of opportunities, for steampunk and other genres in general. For one, international readers – and even certain Canadian readers – are likely to be unfamiliar with some of the locations and historical characters and events on which the writer may draw. These can help set a story’s setting apart from others in a submission pile.

Canada’s early history in particular offers interesting opportunities for the exploration of indigenous steampunk as well as settler and First Nations relationships (and discussions of empire in general). The importance of the railroad cannot be overstated, and that opens a number of intriguing narratives as well.

I know an editor can’t pick favorites, but can you gush about three of the stories a bit to give us a flavor of the anthology? 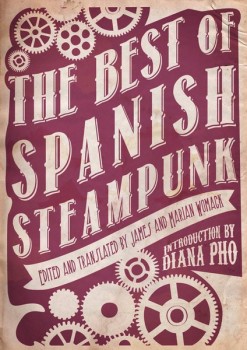 Charlotte Ashley’s “La Clochemar” follows Suzette, a French runner (coureur des bois) tasked with keeping giant rampaging manidoo spirits away from towns, and Dibaabishk, an Anishinaabe map-builder and craftsman. The setting is a late 17th century where the dominant culture is Anishinaabe with European influences. It sets the tone for the entire book: amazing gadgets! action-adventure intermixed with indictment of imperialism! combinations of the magical and the technological! multiculutural characters! a time period and setting rarely seen in steampunk! Charlotte shows just how broad, insightful, and fun steampunk can be in the right hands.

Terri Favro’s “Let Slip the Sluicegates of War, Hydro-Girl” is one of the longest pieces in the anthology, featuring a world in which the War of 1812 endured until the turn of the century. In her Canada, technology and religion are one and the same: The Good Book is Hawkins Electrical Guide, A Progressive Course of Study for Engineers, Electricians and Those Desiring to Acquire a Working Knowledge of Electricity and Its Applications, and prayers are directed to saints such as Sir Alexander Graham Bell, Sir William Thomson Kelvin, and The Most Reverend Nikola Tesla.

Her tale chronicles the storied life of Lady Laura Filomena De Marco – a reimagining of the Canadian heroine Laura Secord – from her humble beginnings as a camp follower to her eventual rise as the Patroness of the Royal Niagara Hydraulic Fusiliers and Defendress of the Realm. Terri’s story showcases outstanding worldbuilding, memorable characters, and thoughtful commentary on class dynamics.

Karin Lowachee’s “Gold Mountain” might be a controversial inclusion for some readers. A gorgeous, quiet tale about trauma, loss, and magic, Karin’s story is the least traditionally steampunk narrative in the anthology. In it a woman named Jules travels up the mountain where her husband died in an avalanche and encounters Lin, a Chinese hermit. 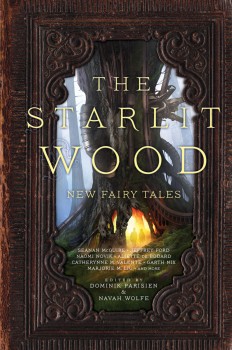 Unlike the other stories in the anthology, “Gold Mountain” does not directly showcase steampunk elements. Instead, it takes place on the periphery of steampunk: the aftermath of the construction of the Canadian railroad looms over the story and the character of Lin.

Thanks so much for the chance to chat, Dominik. In terms of your other literary work, what’s keeping you busy?

Thanks so much for interviewing me, Derek! I recently finished co-editing the first of several anthologies with Navah Wolfe, The Starlit Wood: New Fairy Tales. The book consists of original cross-genre fairy tale retellings and features Naomi Novik, Garth Nix, Seanan McGuire, Catherynne M. Valente, Jeffrey Ford, along with many other talented authors.

More details are available here. Navah and I are already hard at work on a second anthology, set for a 2017 release, also from Saga Press.

If you want to check out Clockwork Canada, you can visit Exile Editions. If you want to know more about Dominik, he tweets from @domparisien, and his website is dominikparisien.wordpress.com.

Derek Künsken writes science fiction and fantasy in Gatineau, Québec. He tweets from @DerekKunsken. His latest story, “Flight from the Ages” is a very far, far, far… far future tale appearing on newsstands right now in the April/May issue of Asimov’s Science Fiction.