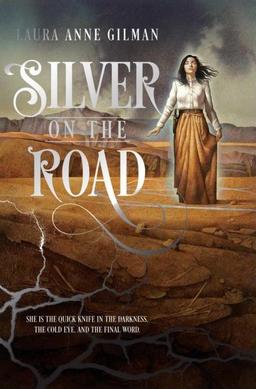 For years fantasy writers, and to some extent SF writers, have been looking for new worlds to write about, and wondering what the next big thing is going to be. I don’t mean just “are werewolves the new vampires” or what we can do to make zombies more interesting. Those are, if I can put it this way, single-trope problems.

More complicated is the general feeling that we’ve pretty much exhausted Celtic mythology as the magical/supernatural basis for our stories, and the pseudo-middle-ages as the setting of choice. Not to say that many wonderful stories aren’t still being told using those tropes – and being welcomed enthusiastically by mainstream audiences (even my Spanish cousins are reading/watching Juego de Tronos) but it’s getting more and more difficult to come up with something that feels fresh and innovative.

Of course we’ve already seen successful forays into non-white, non-western mythologies and cultures, but those of us who are white, and western, tend to tread carefully when we borrow from other cultures. No one wants to be guilty of any kind of appropriation.

On the other hand, we’ve also seen successful use of areas of western culture that don’t involve cousins of the Green Man. Dave Duncan’s Alchemist series successfully mines the European Renaissance, for example, while the success of Naomi Novik’s Temeraire series, set in the Napoleonic era, just proves how hungry we are to see dragons in a new light. And let’s not forget the Victorian Steampunk phenomenon, which has fired the imaginations of Fantasy and SF writers alike.

There is, however, a previously under-explored area of history, of culture, and of magic: the North American west. Of course the western is a genre in itself. There are western novels, western TV shows, and western movies. And now there’s western Fantasy and SF. The phenomenon is so prevalent, that Barnes and Noble offers us a sampler of available novels. 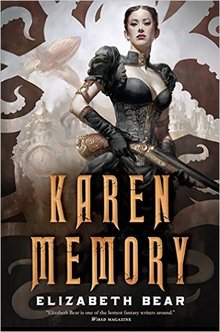 However, they don’t mention two brilliant new books, that I’d like to bring to your attention.

Black Gate editor John O’Neill has already had a quick look at my first example, Laura Anne Gilman’s Silver on the Road.  This book is in my top five list of books I’ve read in the last couple of years. It’s a kind of alternate history, where North America is divided between the Spanish Protectorate and the United States, with a sizable portion belonging to the Devil smack between them.  It’s pretty clear – sort of – that the Devil isn’t the Christian one, though the Catholics of the Spanish Protectorate think he is. Not everyone who lives in the his Territory makes a deal with him, but Isobel does. She’s sent to walk the Territory, in its way a magical landscape, encountering all the denizens of that world, and learning just what it is that holds the world together.

I’d also like to recommend Elizabeth Bear’s Karen Memory. Completely different from Gilman’s novel, it’s a steampunk western. Set in Rapid City, a fictionalized version of Seattle, in that staple of all western and mining towns, the local bordello. Narrated in the first person by Karen Memery, a “seamstress” as the ladies of the house are called, it’s partly a murder mystery, and partly a tale of politics and greed. And while there are airships, the steampunk elements are also very personal, and practical. A sewing machine you can wear – now that’s something I’d like to see.

Both of these books are rich – rich in detail, in humour, and in great writing. Do yourselves a favour and saddle up.

Violette Malan is the author of the Dhulyn and Parno series of sword and sorcery adventures, as well as the Mirror Lands series of primary world fantasies. Find her on Facebook, on Twitter, or on her website www.violettemalan.com.

A good post. However, no discussion of the New Old West would be complete without a nod of the ol’ dusty hat to Arianne Thompson’s “One Night In Sixes”, which Jon O’Neil has already done: https://www.blackgate.com/2014/08/04/new-treasures-one-night-in-sixes-by-arianne-tex-thompson/

Was there ever a sequel to that book, Adrian? It seems like there should have been…

Indeed there was! You even talked about it right here. https://www.blackgate.com/2015/06/12/new-treasures-medicine-for-the-dead-by-arianne-tex-thompson/