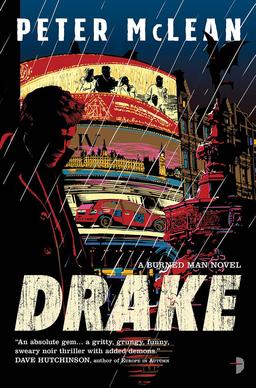 The incredibly addictive TVTropes.org website has this to say about the trope :

Merriam-Webster defines trope as a ‘figure of speech.’ For creative writer types, tropes are more about conveying a concept to the audience without needing to spell out all the details.

It’s important to understand that this doesn’t make the trope a cliché, but rather a sort of shorthand for writers to convey an image or concept or character to the reader in as few words as possible.

Now I agree some members of the trope herd have got a bit long in the tooth and are probably due for culling. No one really needs to read another fantasy novel where a simple farmboy turns out to be the Chosen One / Long Lost Heir who is foretold by prophecy and destined to save the world, do they? No, so the “Farmboy” trope is probably due to meet the huntsman, and I think the “Damsel in Distress” has probably had her day too.

You very rarely if ever see these tropes in modern fantasy now, and that’s because everyone got sick of them. An overused trope can eventually outstay its welcome and evolve into a cliché, a completely different critter, and that’s when the huntsmen need to come after it. And that’s fine. The world moves on, as Stephen King would say.

But I don’t think we should tar the whole herd of tropes with the same brush just because some of them get old and go bad. Healthy tropes can be useful little critters. Tropes are what help to stop every novel being 1000 pages long.

I’ll give you an example – when I was writing Drake I needed a minor antagonist as a bit-part character, a guy I ended up calling Gold Steevie. Now Gold Steevie himself isn’t really important to the story, and he isn’t important as a character either. He’s background, someone who exists in the story purely as a plot point to make Don Drake’s life a little bit harder than it already is and to force him to make a decision that is important to the story, and is ultimately important to Drake’s character development. So he has to be there as a plot point, but he doesn’t in himself matter.

This is a good time to deploy a critter from the trope herd. Enter the London Gangster. 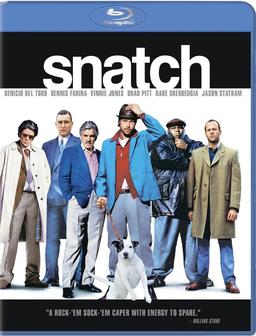 TVTropes even has an entry for the London Gangster, that’s how well you already know this guy. You’ve probably already seen Lock Stock… or The Krays or Snatch or Goodfellas or something similar. You already know this bloke, whereas you’ve almost certainly never met a real gangster in real life (I have, but that’s another story).

So this is one of the times when it’s useful to deploy a trope and cut through the need for pages and pages of character building and description of a guy who’s going to be in the book for maybe ten minutes of actual ‘on screen’ time. He wears a sharp suit and a sovereign ring and he slicks his hair back, he carries a shooter and swears a lot and he has minders and a flash motor. He’s a Kray Twin expy, he’s familiar and slightly ridiculous and still scary all at the same time. He’s the London Gangster trope, and you already know him.

Gold Steevie makes a comeback in Dominion (Burned Man #2, released November 2016) but again he’s a one-scene character and again you already know him, because of our little friend the trope. That means he can walk onto the page unannounced with just enough description for you the reader’s subconscious to fill in the blanks because you already know him.

Now at this point someone is bound to be saying “that’s just lazy writing!” but I don’t agree. I think it’s efficient writing. That’s writing that has saved you from reading five or six pages of me building a subverted or deconstructed trope of a totally different type of London gangster just because someone declared it to be open season on tropes.

To me that’s not storytelling, that’s reinventing the wheel.

Why would you want me to do that, for a character that gets ten minutes of screen time? That’s a waste of your reading time and my writing energy, when we could be getting on with the story instead. That, after all, is the important thing.

Now don’t misunderstand me, tropes need to be used sparingly and not confused with their elderly relative the cliché or their evil cousin the prejudiced stereotype. It’s always open season on those two, but I think the trope still has its place in the literary ecosystem.

So please don’t hunt the trope to extinction, or we’ll all be stuck reading 1,000 page novels.

And no one wants that.

Peter McLean was born near London in 1972, the son of a bank manager and an English teacher. He went to school in the shadow of Norwich Cathedral where he spent most of his time making up stories. By the time he left school this was probably the thing he was best at, alongside the Taoist kung fu he had begun studying since the age of 13. He grew up in the Norwich alternative scene, alternating dingy nightclubs with studying martial arts and practical magic.

He has since grown up a bit, if not a lot, and now works in corporate datacentre outsourcing for a major American multinational company. He is married to Diane and is still making up stories.

His last article for us was On Writing Modern Noir Fantasy.

>>”No one really needs to read another fantasy novel where a simple farmboy turns out to be the Chosen One / Long Lost Heir who is foretold by prophecy and destined to save the world, do they? No, so the “Farmboy” trope is probably due to meet the huntsman”<<

Try and find one these days. I happen to like that one, but haven't come across a GOOD one in many years. I like the surprise, positive growth, good guy succeeding aspect of this plot line. There's plenty of nourish, grim dark good-guy-loses fantasy these days, so the young person comes out of nowhere and becomes savior king is a relief, as I say, when you can even find a good one.

Mr. McClean, I’m wrapping up Drake today as a matter of fact, and I really dig this book.
I’m kinda so, so about Urban fantasy, not really a big fan, but when I read that Drake was like Lock, Stock, and Two Smoking Barrels, I was all in.

So to your point, I think readers love troupes. I agree they should be used sparingly and there are troupes like you mentioned that have been done for 50 years already, so they have no more stories to tell, but others are endearing to us.

Keep on using them!

I would even go so far to say that all storytelling, and perhaps even all of human communication, is entirely trope based. And time you mention something and expect the audience to have a general idea of what you’re talking about. The word “horse” can simply mean a phyiscal horse or an abstract ideal of all physical horses. But when you put the word “horse” in a story, it always comes with a huge amount of bagge attached.Who has horses? To what purpose do the have horses? How are they using horses? What meaning does the possession of a horse have? What kind of other physical objects are expected to come with a horse when mentioned in a given situation?
You could possibly argue that “horse” is too generic to be considered a trope for practical purposes when talking about storytelling devices. But a “warhorse” or a “knight’s steed” are already really very specific in their meaning and expected context.

But I am also in complete agreement that any complaints really are about cliches.

[…] TROPE CONSERVATION. Peter McLean on “Why We Shouldn’t Hunt The Trope To Extinction” at Black […]

[…] Peter McLean has a great post on Blackgate on Why We Shouldn’t Hunt the Trope to Extinction. It’s a little bit of a solution in search of a problem, but he brings up some good points […]

Friday Links (this is not great edition) | Font Folly