The building in this photo looks a bit strange. It appears European but also has a style uniquely its own. One might be excused for thinking that this is European Colonial architecture in some far-off colony, but in fact it was built by one of Ethiopia’s most anti-colonial emperors.

The Emperor Fasiladas reigned from 1632 to 1667 and was a strong ruler right from the start. Like the Merovingian kings and the Moroccan sultans, Fasiladas had to contend with powerful noble families who had close connections to their local tribes and clans. Ethiopian emperors would spend much of their time in the saddle, going on “visits” to their provinces with large armies in tow. 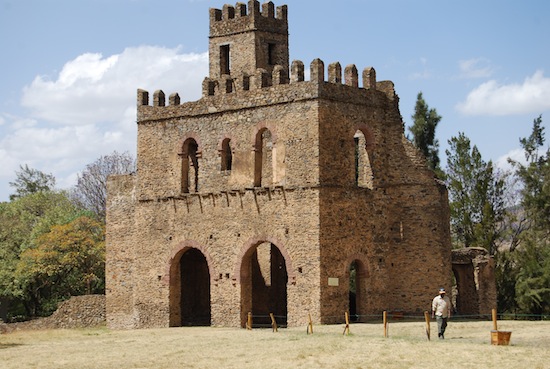 Fasiladas also had another power to deal with–the Europeans. According to the Chronicle of Susenyos, his father the Emperor Susenyos was pro-Catholic, allowing Jesuits to preach to his people. Ethiopia had been Christian since the Empire of Axum declared it the state religion in 330 AD, making it the second oldest Christian nation after Armenia. A distinct Ethiopian Orthodox Church grew up from this, but by the 17th century, with Europeans making deep inroads into Africa, Susenyos shifted his allegiances to the Catholics.

This angered many Ethiopians, both from the Christian community and the large Muslim community. So when Fasiladas ascended the throne he ejected the Jesuits, strengthened the local church, and made an alliance with the Ottoman Empire, which already had a foothold on the Red Sea with the port of Massawa. This despite having been recognized as the legitimate heir by Pope Urban VIII. 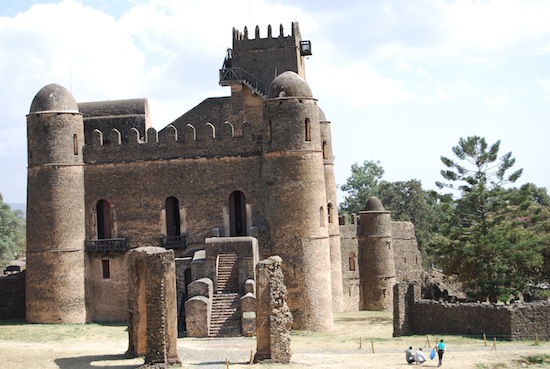 A brilliant general, Fasiladas was able to quell rebellions in the provinces to such an extent that he did what few emperors before him had been able to do–build a permanent capital. That capital was Gondar, founded in 1636 in a lush valley in what is now northern Ethiopia but what was then at the center of his domain.

While the buildings are Ethiopian, they show a number of influences, including styles taken from longtime Arab and Indian trading partners, plus a Baroque flourish introduced to the region by the Jesuits before Fasiladas showed them the door. The city was on a grand scale, with numerous palaces and churches as well as a surrounding wall that ran for 900 meters. By the end of the 17th century the population had swelled to 60,000. It remained a center for Amharic culture until it was twice sacked in 1887 and 1888 by Mahdists invading from the Sudan.

Now Gondar is a UNESCO World Heritage Site and is a popular attraction for domestic and international tourists. An expanding middle class has sparked a rise in Ethiopians going to see their heritage, and we shared the site with several Ethiopian families and school groups as well as a Japanese Rastafarian. The buildings are well maintained in a broad, open field set a little away from the modern city. Besides birdsong, the only sounds we heard came from the loudspeakers of modern Gondar’s many churches, where priests read out sermons that echoed across the valley.

Ethiopia has plenty more history to offer. I’ve written about the ancient empire of Axum previously on Black Gate, and I’m hoping to get back to Ethiopia sometime in the next year or two. Stay tuned!

Sean McLachlan is the author of numerous novels, including the post-apocalyptic novel Radio Hope, which you can download free from March 10-14. Find out more about him on his blog and Amazon author’s page. 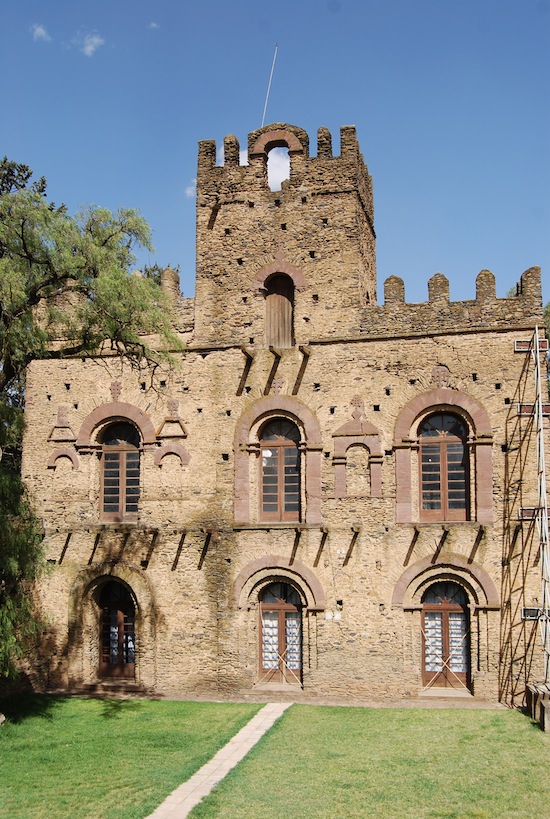 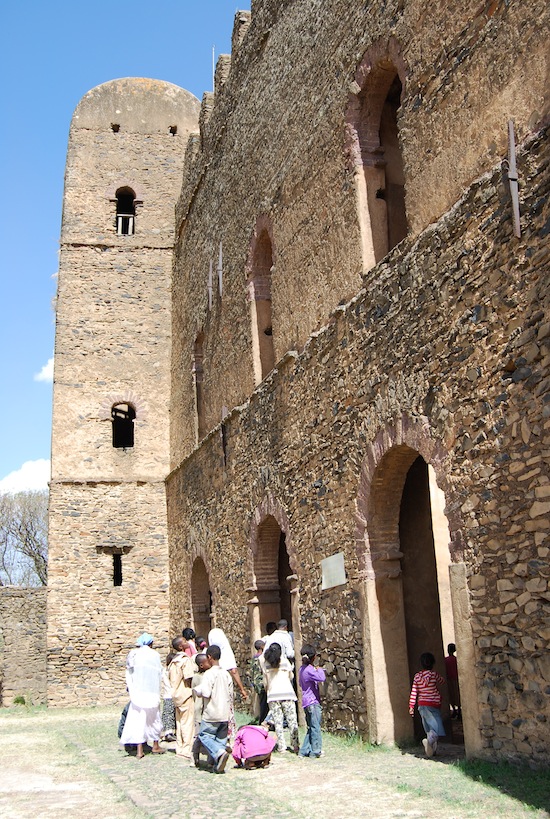 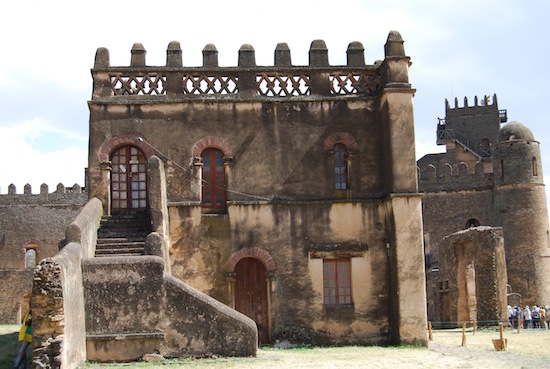 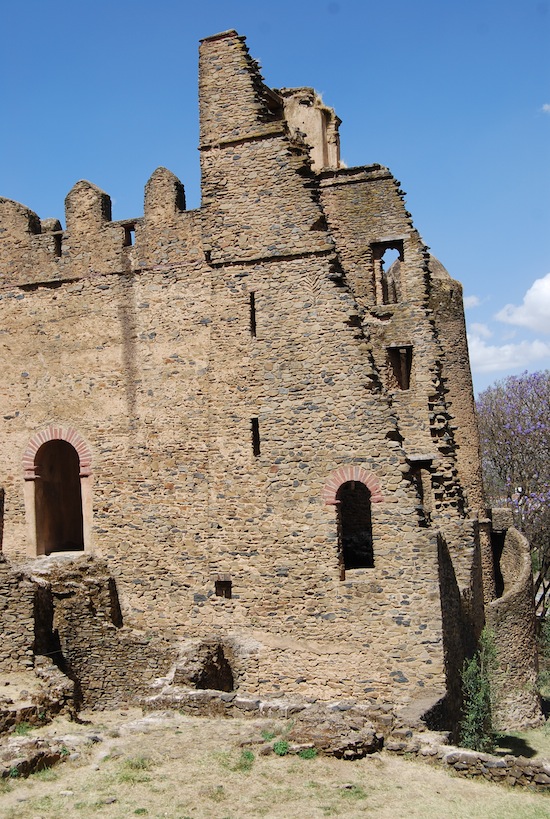 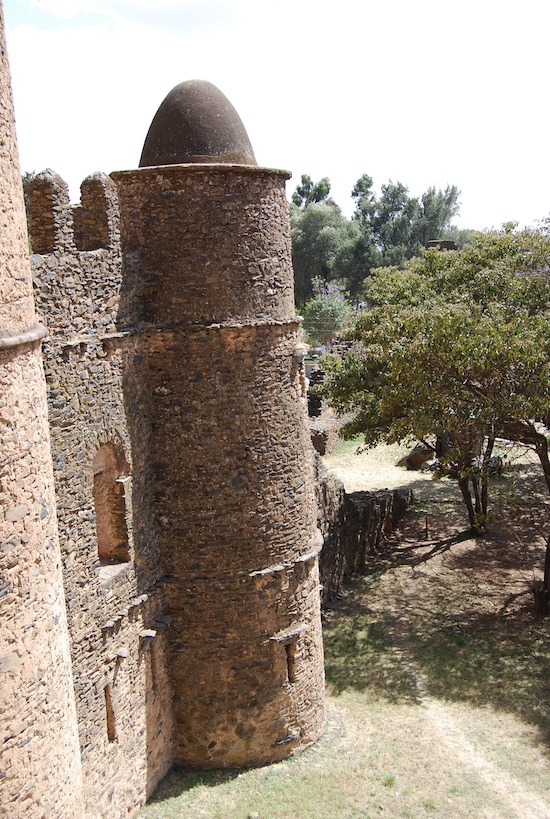 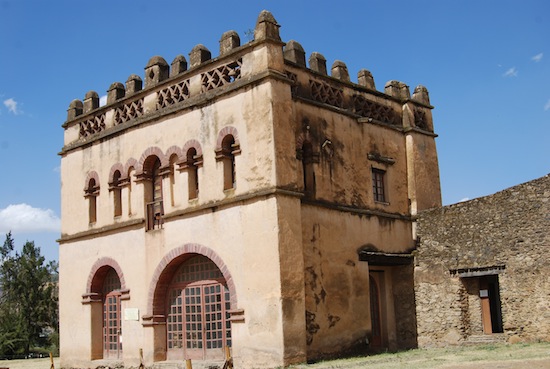 Yes, many people have said a lot about this attraction. The 17th century Castles of King Fassiladas was home Ethiopia’s past emperors, the medieval capital of Africa and home of the most famous single of ecclesiastical art in East Africa. It is one of Ethiopia’s World Heritage Sites registered by UNESCO IN 1978. Please visit http://www.hiscultours.com for more information on that.

The beautiful and thoroughly positive capture of the Gondar castles by Sean McLanchlan is highly appreciated. We look forward to more articles on Lalibela and other Ethiopia antique architectures which have mushroomed at different stages of Ethiopia’s history.

I am really getting surprise when a foreigner write about Ethiopian histories while hearing some Ethiopian denying the fact. Anyway many thanks for blogger

Just wanted to say that I’ve really been enjoying all of these posts.

I can really see how Fasiladas is playing jazz with the Baroque melody in some of those photos. Your posts are always delightful.