We lost David Hartwell on January 20th. This is our sixth article in a series that looks back at one of the most gifted editors in our industry.

With the publication of The Dark Descent and The Ascent of Wonder, David quickly established himself as the go-to guy for big genre survey volumes, and he produced many of them. These massive books were popular with libraries and book clubs, and many stayed in print for years. David had found a fine niche for himself that showed off his considerable talents for genre scholarship (not to mention his excellent taste), and he continued to compile these giant books for the rest of his life.

Here’s the back covers for both volumes. 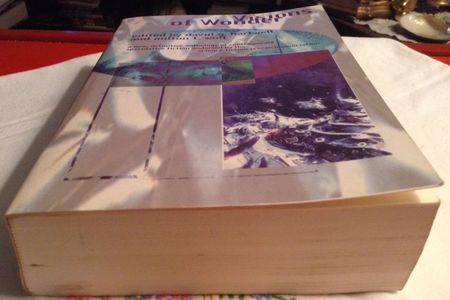 I don’t know how successful Visions of Wonder was as a textbook, but David also meant it to be a fun volume for readers, and it is a delight to browse. I have a few volumes of SF criticism on my shelves, but truthfully, nothing I tend to come back to very often. Visions of Wonder was the book that reminded me that SF criticism can be just as vital (and delightful to read) as our best fiction.

Here’s a taste from Damon’s Knight’s article Critics, for example, originally published in his seminal 1956 work In Search of Wonder.

What we get from science fiction — what keeps us reading it, in spite of our doubts and our occasional disgust — is not different from the thing that makes mainstream stories rewarding, but only expressed differently. We live on a minute island of known things. Our undiminished wonder at the mystery which surrounds us is what makes us human. In science fiction we can approach that mystery, not in small, everyday symbols, but in big ones of space and time.

Visions of Wonder makes a fine intro to some of the more popular authors and series in SF. Among much other fine fiction, it also contains a Berserker tale by Fred Saberhagen (1965), “Ender’s Game,” the first Ender Wiggin story by Orson Scott Card, a Newford novelette by Charles de Lint, “The Ship Who Sang,” the first Ship story by Anne McCaffrey — and even an excerpt from Robert Jordan’s The Eye of the World.

My usual complaint with survey volumes of this sort is that they tend to favor shorter tales, which make quick classroom assignments, over longer ones. But the editors don’t stint at all on longer fiction, packing in no less than five classic novellas: 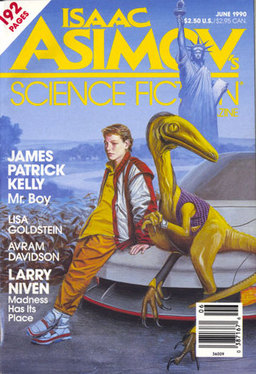 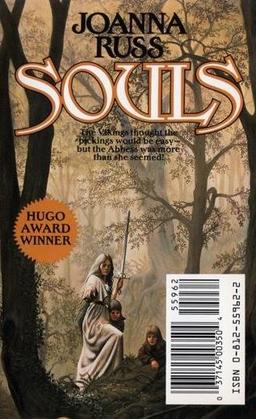 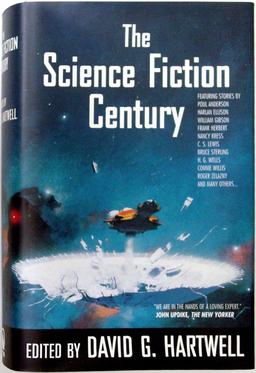 Visions of Wonder was published by Tor Books in November 1996, simultaneously in hardcover and trade paperback. The hardcover is 798 pages, priced at $35. It has now been out of print for 20 years, and there is no digital edition.

The Science Fiction Century appeared a year later. An even bigger volume, it made no attempt at scholarship beyond a four-page intro by Hartwell. It is purely a reader’s delight, one of David’s best anthologies, a marvelously comprehensive look at a hundred years of top-notch SF. Here’s the description from the jacket flap:

“Science fiction is the characteristic literary genre of the century. It is the genre that stands in opposition to literary modernism.” So says David G. Hartwell in his introduction to The Science Fiction Century, an anthology spanning a hundred years of science fiction, from its birth in the 1890s to the future it predicted.

David G. Hartwell is a World Fantasy Award-winning editor and anthologist who has twice before redefined a genre — first the horror field with The Dark Descent, then the subgenre of hard science fiction with The Ascent of Wonder, coedited with Kathryn Cramer. Now, Hartwell has compiled the mother of all definitive anthologies, guaranteed to change not only the way the science fiction field views itself but also the way the rest of literature views the field.

The Science Fiction Century includes stories from the founding fathers of the field, such as H.G. Wells, C.S. Lewis, Jack London, and Rudyard Kipling; beloved mainstays of the genre, such as Philip José Farmer, Roger Zelazny, Jack Vance, and Poul Anderson; noted female writers, including Connie Willis, Nancy Kress, and James Tiptree, Jr.; and writers who have hit their stride in the last two decades, such as Bruce Sterling, William Gibson, Michael Swanwick, and James Morrow. Hartwell has also included writers widely recognized outside the genre, such as E.M. Forster, Michael Shaara, and John Crowley; and translations of foreign writers’ formative works, including Dino Buzzati and Wolfgang Jeschke. This is must-have anthology for all literary interests.

As mentioned in the description, David looked beyond English SF to fill out this volume, reprinting a half-dozen stories in translation. It’s also crammed full of award-winning SF from the top names in the genre, including James Blish, Algis Budrys, Michael Swanwick, William Tenn, Frank Herbert — and the very first story by James Tiptree, Jr.

There’s an Instrumentality of Mankind story by Cordwainer Smith, a Shaper/Mechanist novelette by Bruce Sterling, a Space War Blues short story by Richard A. Lupoff, and a Sleepless novella by Nancy Kress. 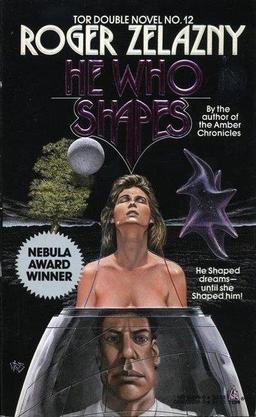 Speaking of novellas, with so much space to play in David is once again generous with longer fiction, including no less than ten novellas:

“A Story of the Days to Come” by H. G. Wells
“The Rose” by Charles L. Harness
“The King and the Dollmaker” by Wolfgang Jeschke
“The Scarlet Plague” by Jack London
“Great Work of Time” by John Crowley
“Rumfuddle” by Jack Vance
“Consider Her Ways” by John Wyndham
“He Who Shapes” by Roger Zelazny
“Beggars in Spain” by Nancy Kress
“Blood’s a Rover” by Chad Oliver 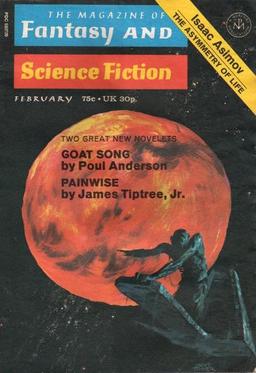 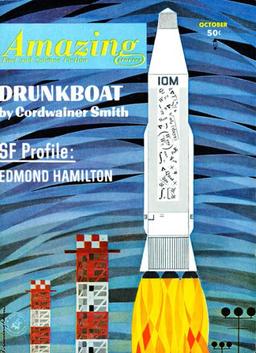 The Science Fiction Century was published by Tor Books in November 1997. It is 1005 pages, priced at $40 in hardcover. The cover is by John Harris.

Tor/Orb published a trade paperback edition in two volumes in March and October of 2006, using classic pulp art for the covers. Here they are.

It is currently out of print. There is no digital edition.

The previous articles in our David Hartwell tribute series are:

John, do you plan on doing any posts on Harwell’s non-fiction? I don’t know much of it but I read his The Futurians last year and really liked it.

I hadn’t planned on it, actually. But I should do at least one post on his magazine, The New York Review of SF.

[…] REQUESTING MORE CONTENTS, FEWER TABLES. Black Gate continues its Hartwell tribute with “The Books of David G. Hartwell: Visions of Wonder and The Science Fiction Century”. I’m all in favor of paying tribute to Hartwell, I’d just like to see more in these posts than […]

Dear god, I want _all_ of Hartwell’s anthologies to get eBook releases — just imagine how well-stocked one’s Kindle would be …