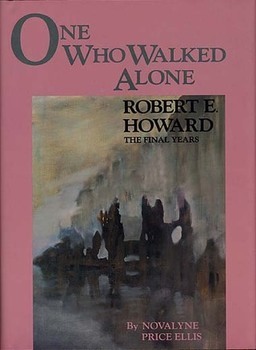 For those of you who searched for the right way to describe your feelings for that certain special someone on February 14, Robert E. Howard might have been be a good source. After all, he was a wizard with words. And he did have a novel approach when it came to romance. As Bob Howard explains to Novalyne Price Ellis in her book One Who Walked Alone:

[M]en made a terrible mistake when they called their best girls their rose or violet or names like that, because a man ought to call his girl something that was near his heart. What, he asked, was nearer a man’s heart than his stomach? Therefore he considered it to be an indication of his deep felt love and esteem to call me his cherished little bunch of onion tops, and judging from past experience, both of us had a highest regard for onions. (106)

REH expanded this “indication of his deep felt love and esteem” in future letters to include:

“My very dear little Bunch of Radishes” or “My very dear Beans, Cornbread and Onions” or “My dear Sausage and Big, Brown Fluffy Biscuits as well as sliced red beets with butter over them.” (110)

Even his compliments could be tongue-in-cheek. When Novalyne remarks about another girl’s looks and wishes she was that pretty, Howard tells her she is pretty and then adds, in his usual inimitable, style:

“Why you’re a mean pretty,” he said. “Like tonight when you came to the door, I thought to myself, “God, she’s pretty.” Last Sunday, when you had on that sassy hat and was all fixed up, I thought, “My God, she ain’t pretty; she’s beautiful.” Saturday a week ago, I saw you at the post office and thought, “Now how in the hell did I ever think that girl was pretty?” I just ask you, who would want a woman to be the same pretty every time he saw her? Hell. Not me. A man wants variety. He wants a woman who is beautiful once in awhile, pretty once in a while and downright ugly twice a year. My God, variety is the spice of life. A woman who, is mean pretty is always different. That’s what every woman ought to be.” (162)

I could feel a great weight lifting off my shoulders. A mean pretty? A woman who’s different! I’d never have thought of a thing like that. I looked at Bob, intent on the road, and I liked him a lot! He was good looking in a big, substantial way. But more than that, he was understanding. A good writer.

He always knows the right thing to say to make a girl feel good. Important. And — Yes. Beautiful.

On a day that started off all bad, a compliment like that could last a long, long time. (162) 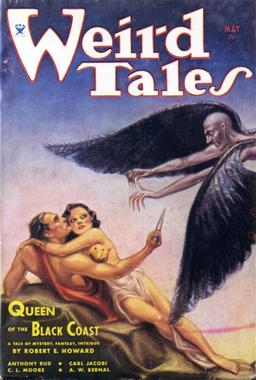 Tongue-in-cheek aside, REH also wrote seriously about romance. In the “Queen of the Black Coast.” Bêlit, the pirate queen tells Conan:

There is life beyond death, I know, and I know this, too, Conan of Cimmeria” – she rose lithely to her knees and caught him in a pantherish embrace – “my love is stronger than any death! I have lain in your arms, panting with the violence of our love; you have held and crushed and conquered me, drawing my soul to your lips with the fierceness of your bruising kisses. My heart is welded to your heart, my soul is part of your soul!   Were I still in death and you fighting for life, I would come back from the abyss to aid you – aye, whether my spirit floated with the purple sails on the crystal sea of paradise, or writhed in the molten flames of hell! I am yours and all the gods and all their eternities shall not sever us!

And she proves it too. When Conan’s life is in danger, she distracts his adversary long enough for Conan to free himself from a shard pinning him down and grab his sword. The fact that Bêlit is dead does not affect the strength of her love for Conan.

Howard’s “For the Love of Barbara Allen” (from the August 1966 issue of The Magazine of Fantasy and Science Fiction) which shares its title with the folk song, is perhaps one of the most romantic and neglected of his tales.

The narrator, a young man named, John Grimes, is listening to his grandfather strum his guitar and sing “For the Love of Barbara Allen.” The song reminded the old man about the Civil War and he begins to talk of it and about his brother, Joel, who was killed in battle. He tells his grandson that Joel left behind a sweetheart, Rachel Ormond, whom he had loved since he first met her. He was singing “Barbara Allen” as he rode down the road. She heard him and came out of the laurel beside the road to listen.

When Joel saw her standin’ there with the morning’ sun behind her makin’ jewels out of the dew on the bushes, he stopped dead and just stared like a fool. He told me it seemed as if she was standin’ in a white blaze of light.

She never married, never looked at any other man. When the Ormonds come to Texas, she came with ‘em. Now she’s dyin’ up there in their house in the hills. That’s what they say; I know she died years ago, when news of Joel’s death came to her. 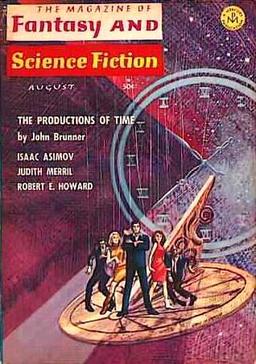 Shortly after when John Grimes goes to the stable to stop two horses from fighting, one of them rears and gives him a glancing blow to the head. When he comes to, he is in the body of his Uncle Joel in the battle that killed him. In his pocket he draws out a picture of a girl smiling bravely, “a beautiful girl with tender lips and brave eyes.” As the battle begins, he rides down the defile toward the fighting.

I was like two men — one that rode and shouted and slashed right and left with a reddened saber, and one who sat wondering and fumbling for something illusive that he could not grasp. But the conviction was growing that I had experienced all this before; it was like living an episode forewarned in a dream.

Joel dies as predicted. After being unconsciousness for only a few seconds in the stable, John wakes up.

Yet in those brief seconds, I had travelled through the eternities and back. I knew at last my true cosmic identity, and the reason for those dreams of wooded mountains and gurgling rivers, and of the sweet face that had haunted my dreams since childhood.

John saddles his horse and goes to see Rachel.

…and I saw an old, old woman lying on a bed. Even in her old age her vitality was apparent, though that was waning fast. She lent a new atmosphere even to the miserable surroundings. And I knew her and stood transfixed. Yes, I knew her beyond all the years and the changes they had wrought.

She in turn recognizes “Joel,” and asks him to sing to her again, pointing to his guitar hanging on the wall.

I took up the ancient guitar and though I never played one before, I had no doubts…my voice was weird and golden. I saw and recognized the picture I had seen in the defile of the dawn. I saw youth, and love everlasting and understanding.

“Joel” sings the last stanza of “For the Love of Barbara Allen.”

Sweet William lies in the upper churchyard
And by his side, his lover,
And on his grave grew a lily-white rose,
And on hers grew a briar,
They grew, they grew, to the church steeple-top,
And there they grew no higher,
They tied themselves in a true lovers’ knot,
And there remained forever.

When Rachel dies with a smile, John Grimes tells the doctor who had been attending her,

She waited long for him; now she must wait somewhere else. That’s the hell of war; it upsets the balance of things and throws lives into confusion that eternity cannot make right.

Howard didn’t write any romantic poetry for Valentine’s Day. In fact, “A Pledge” is the only one specifically mentioning the holiday. It doesn’t have any cupids or entwined hearts and flowery phrases — it’s much more practical than that.

Or ever they spiked good beer with rum,
Or poured their brandy there,
I was a Limehouse gutter-bum,
And you were a barmaid fair.

Never a shilling in my purse
To meet mine host’s demands,
But many a mug of ale I quaffed,
Drawn with your own fair hands.

Paradise was a place to me
Where I’d drink free ale from a tub,
But I found a Paradise on earth
In that little Wapping pub,

Where, when the boss was doing time,
And you tended bar alone,
And out in the fog the fishwife’s howl
Vied with the cabman’s moan,

You fed me on rolls and hot roast beef
Till I was ready to burst,
And poured out gallons of foaming ale
To quench my horrible thirst.

And that was a hundred years ago,
In a land across the sea,
But now, with drink that would sicken a dog
In this country of the free,

With reeling gait and glassy stare,
And a wildly waving stein,
I pledge your ancient charity—
In the name of Saint Valentine.

My own Valentine message for REH? In this case, considering what is closest to his heart, it would read:

Again, no phrases about “hearts and flowers” — but chances are good he would have appreciated the sentiment.

Prior posts in our ‘Discovering Robert E. Howard’ series:

This article was originally published at The Cimmerian.

Barbara Barrett’s last article for us was Just Call Me Folklore: A Whimsicality on a Whimsical Character.

One Who Walked Alone was the basis for a little-known 1996 movie, The Whole Wide World, with Vincent D’Onofrio as Robert E. Howard and Renee Zellweger as Novalyne Price. It’s a terrific film and well worth seeking out – D’Onofrio especially is just amazing as REH.

I think this is the best REH post I’ve read.

Thomas, Thanks for mentioning Whole Wide World. This movie was my introduction to REH. I read her book and then began to look for whatever REH stories and poetry I could find.

FYI. The schedule for Friday June 10 at Howard Days in Cross Plains Texas shows:
1:30 pm: The Whole Wide World and One Who Walked Alone. Guest of Honor Michael Scott Myers [who was the screenwriter] will discuss the movie, the book and Novalyne Price Ellis, as interviewed by Mark Finn. http://www.rehtwogunraconteur.com/category/howard-days/

Wild Ape: Glad you liked the article! Bob Byrne’s “Discovering REH” series has given fans a chance to see the variety of Howard’s prose and poetry. It’s a wonderful resource and lots of fun too.

Mike–thanks for the pingback. I’ve discovered another great website.
Barbara

@Barbara–I’ve been reading Bob’s columns and I’ve enjoyed them too. His Sherlock Holmes articles are the bomb.