Anyone who has grown up in a small town knows how much of an unrelenting pest, nay enemy, boredom can be. And if you grew up in the days before the internet, or before fairly inexpensive computers or game systems, and when cable television was just getting going, boredom was even more of a specter. However, my young friends and I had one constant respite from boredom: role-playing games (RPGs)! And like most from my generation, Dungeons and Dragons (D&D) was our starting point.

It’s hard to communicate just how new and different D&D was from other games that had previously been around. Before RPGs, most games were known for having a point or area of physical attention, e.g. a game-board with pieces, or playing cards. And most of these games had a “winner.” D&D had none of this. You had your player character (PC) sheet, pencil, dice, and graph paper to make a map. And though one’s PC could survive with treasure in a D&D adventure, there weren’t really any “winners,” meaning the game could go on and on and on… sometimes for days or weeks.

Of the many and varied D&D books we kids had in playing the game, some of the names and labels on these began to become very familiar to us — foremost: E. Gary Gygax and TSR, a company in Lake Geneva, Wisconsin. I had no idea at the time that Gygax had invented our beloved game, much less the very concept of RPGs and had founded and ran TSR (which originally stood for Tactical Studies Rules). I just knew he wrote many of my beloved D&D books. It would be many, many years later before I found out who this guy really was.

Or at least I thought I knew who he was.

Some time in early 2008 the death of Gary Gygax was reported in the news. Fueled probably more by nostalgia than anything else, I began reading various articles about Gygax on the internet and listening to podcasts from people who had worked for him. I began to have a greater appreciation for the man who had originally invented this game that I love. 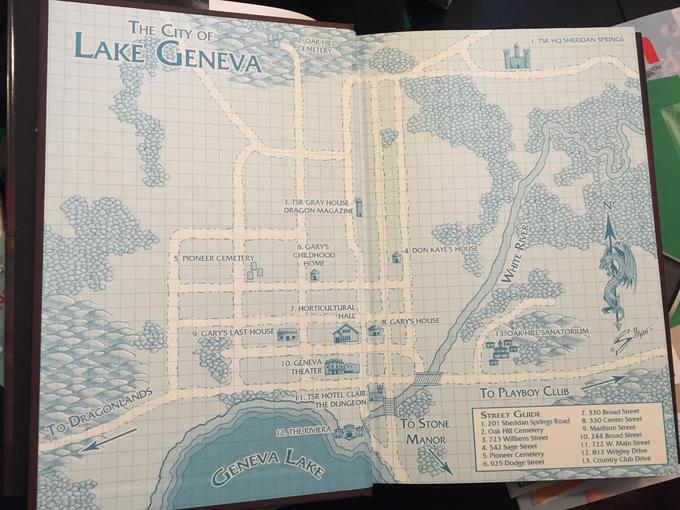 Empire of Imagination inside cover

But there was much, much more.

Enter Michael Witwer’s newly published book Empire of Imagination: Gary Gygax and the Birth of Dungeons and Dragons. For an old-school gamer like myself, Witwer (who is clearly an old-school gamer himself) has written a book that is an absolute gem. I flew through it in a just a few days. Needless to say, it was a very readable biography of Gygax, as well as an insightful history of D&D, TSR, and to some degree, the RPG industry as a whole. It’s filled with lots of information about Gygax, including many interviews and photos from family members, close friends, and former TSR employees.

Witwer’s book is much more than a simple history or biography though. As he clarifies in the introductory author’s note:

While the story’s narrative is based on an extensive research and interview process, I have also used a bit of imagination and informed judgment to fill in the gaps of this dynamic yet largely unknown story. In many cases, scenes and dialogue have been re-created, combined, and in some instances imagined to best support the known documentary record. 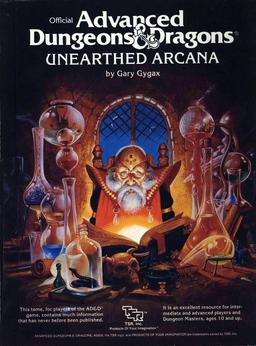 Though this might sound like a claim of being “based” upon a real story but actually nothing more than an artistic extrapolation, in practice Witwer’s book reads like a factual history with entry point or breakaway scenes that naturally compliment the history. In my opinion, it was a very interesting and creative way of presenting material without violating the factual historicity of the narrative. The result is an informative and entertaining biography while also conveying a sense of intimate closeness to the person of Gary Gygax, as well as others, such as his family.

For scholarly folk like myself, Witwer’s book also supplies an excellent panoply of very helpful resources such as a bibliography, index, notes, and a couple of good appendices. In short, Empire of Imagination gives evidence of being a very well researched work, fully documented, and providing suggestions for further research. Witwer has fully whetted my appetite for other RPG historical works.

But there is other evidence that Witwer’s book was a definite love of labor for an old-school gamer. As you can see from the cover, and if you’re familiar with the famous D&D 1985 book Unearthed Arcana, the art is very similar.

Why? It’s the very same artist who did both: the famous D&D artist Jeff Easley. Moreover, within the covers of the book is an old-school blue and white graph paper map of Lake Geneva, along with historical places marked such as the original headquarters of TSR, Gygax’s childhood home, the home he live in when he invented D&D, and others. (See the pic above.) Very cool attention to detail!

This is an excellent and enjoyable read. A biography worthy of the creator of my beloved childhood game and genre of gaming. Thank you Mr. Witwer!

Just a hint, but this would be a great holiday gift or stocking stuffer for any old-school gamer!

James McGlothlin’s last review for us was Ernest Cline’s Armada.

Sounds like the kind of book any grognard or OSR fan would really enjoy. I just hope that Dave Arneson gets a little loving, too.

And for a crowning moment of awesomeness, Jon Peterson, author of Playing at the World, a general history of roleplaying, and author of the bottom blurb on the back cover of Empire of Imagination, was invited to play in one of EGG’s original scenarios, in The Basement, for the 40th anniversary of D&D at GaryCon in 2014.

Arneson gets some love as well as a little drubbing. Arneson and Gygax’s relationship was complicated, at best. I think Witwer does a good job of trying to present the facts evenhandedly.