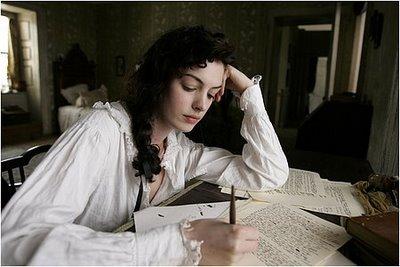 Over on Facebook, where I posted a link to last week’s article, “Ignore the Market Guidelines at Your Peril – How (Not) to Build a Career” – a writer asked in response:

So. What SHOULD I put in my cover letter? Don’t really know. I don’t think I’ve ever included a cover letter with a short story submission, because, well, I don’t know.

That’s an excellent question. Here are the answers I’ve gathered from reading dozens of market guidelines, listening to editors talk at cons, and gauging my response to cover letters I’ve received.

1. What I heard over and over again at the recent Nebula weekend is that any writer who mentions having been nominated for or won any writing awards, ever, immediately bypasses the slush pile. It doesn’t matter how long ago it was, or, in most cases, what award it was. (With the exception of awards made up by a small writers workshop who then hands them out to each other so they can say they’re all award-winners.) The nomination or win for a significant writing award will generally get your manuscript bumped to the top of the To Be Read pile.

2. A short summary of your publishing history. Authors who have been at it for decades will summarize in broad strokes. But if you’re still more or less unknown, you should list a couple of examples — go with the biggest or best known markets you’ve sold to that are in the same general genre as the story you’re submitting. Science Fiction, Fantasy, Horror, and even Mystery sales can all be relevant to each other. But SF markets don’t care that you wrote the cover article for the most prestigious national dentistry magazine, and vice versa. Editors also aren’t much impressed by your friend’s website. 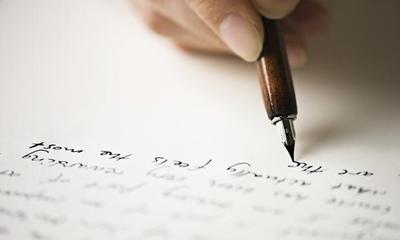 Choose credits that are recognizable and impressive to the editor you’re submitting to, even though they may not be your most recent credits. The easiest way to word it is something like this: I’ve had fiction appear in the magazines Shimmer and Uncanny, and have a story forthcoming in the anthology Gaslight Ghouls (Chaosium Inc.) It is a good thing to put the publishing company name in parenthesis after a book title. Editors won’t recognize every book title, but they know who the publishers are. Again, go with the biggest relevant publishers. You don’t need to include the story titles, though it won’t hurt, if you do.

3. If you have met the editor, or the editor gave you a personalized rejection that included an invitation to submit again, say so, in a polite way. Be friendly, but not overly chummy. Don’t mention how much they or you had to drink. Don’t do any variation of the Monty Python “wink wink, nudge nudge” scenario.

4. If you have a specific area of expertise, knowledge, or a life experience that sets you up as an expert on the topic you’re writing about, you should mention that. If you’re submitting a ghost story, and you grew up in a reputedly haunted house where strange things happened or you make a living as a paranormal researcher, mention that. (Though realize that coming across as a TRUE BELIEVER can get you branded a flake and can hurt your chances.) If you’re a sword fighting instructor at the community college and your fantasy adventure story features a lot of sword play, mention that. But don’t, at any point, tell the editor that the story is based on your RPG campaign, even if it’s true… especially if it’s true. 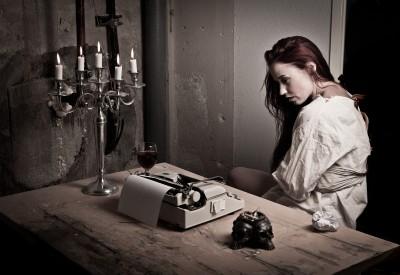 5. Include anything else the guidelines (aka GL’s) request you include in your cover letter. Most often that includes the story title and word count. They may request you include your full name, in addition, if they do blind submission readings. (In other words, their system strips the name of the author off of the story so that they’re certain they’re buying a story because they like it, and not just because they’re impressed by the credentials of the author.)

6. And of course, if the story’s a reprint, you should include the full publishing history of the story.

So, I hear you some of you saying, “What if I haven’t won any awards, haven’t made my first sale, haven’t met the editor, or been encouraged to send another story in?

7. If you’re short on credits, but have joined one of the professional writing organizations, such as Science Fiction and Fantasy Writers of America (SFWA), Horror Writers Association (HWA), or Broad Universe, for example, you can mention that. It shows that you’re pursuing this as a serious career.

8. If you have a relevant college degree or are currently working toward a degree in Creative Writing, English, Literature, Mass Communication, Astrophysics, Medieval Studies, or the like, you can mention that. 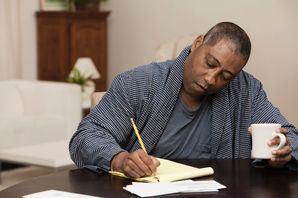 9. If you are a graduate of any of the genre writers workshops, such as Clarion, you can mention that.

Do NOT, unless the guidelines specifically ask for this (and I’ve never seen any that do), summarize your story.

Do NOT say that your story is great, it’s the best thing they’ll read this year, they’ll be stupid if they pass up this amazing opportunity to publish you, they’ll be left crying if they reject you when your story gets published and wins all the major awards… or anything remotely like a sales pitch. Let your story sell itself.

And yes, some wannabe authors do this. I received multiple cover letters that said some or all of those things. I rejected the stories without looking past the cover letter. Someone with that much insecurity and that big a chip on their shoulder is going to be way too big a pain in the backside to deal with, whether the story is any good or not.

If none of the To-Do’s apply to you, you don’t need to give up in despair. Every author had a first time when they were submitting but hadn’t sold anything yet, and they sold their story. Every editor I’ve ever talked to loves to brag about the authors they discovered — the authors who made their first sale to them. You don’t have to have anything to brag about in your cover letter. If you don’t, then something like the following is just fine:

Dear Black Gate editors, [If the market’s website lists the editor’s name, go with that.]

Thank you for your time. 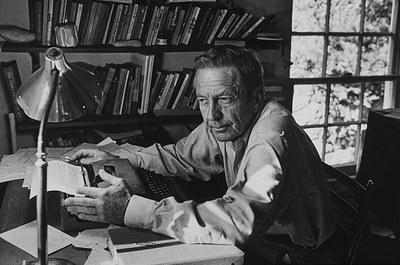 The most important thing you can do with your cover letter is make sure it is polite, AND perfectly proofed. Spelling or grammatical errors make a terrible first impression. I am not very good at proofing, and my natural spelling inclinations suck. But there are amazing aid devices known as dictionaries, spell-check, and friends who are good at such things that can help you. Proofing, especially on your cover letter, really matters.

I once received an email from a young author who wanted to start working as a freelance copy editor and proofreader. He sent a blanket email out to about 20 authors, editors, publishers, and college teachers. He heard nothing back, even from the ones he counted as personal friends. Knowing me better than some of the others, he wrote me a personal email and wanted to know why no one had even acknowledge receiving the note. I pointed out that his email had at least 10 spelling, grammar, and punctuation errors in it. (Those are just the ones I spotted, even with my poor proofreading skills.) “But it was just an email. That stuff doesn’t count in emails!” he said. Real, born to the blood copy editors and proofreaders can’t turn that skill off and on. And a cover letter — whether it’s announcing a start up freelance business or introducing your short story — is a first impression. And it’s hard to overcome a bad first impression.

Ultimately, a story can sell itself. You can torpedo your chances with a rude and error-filled cover letter, but listing a host of stories sold and awards won won’t convince the editors to buy a story that isn’t right for the market. So, be polite, and let your story do the work it was made to do.

Meanwhile, you can check out my other blogs:

Seven Common Approaches to Stories That Use Mythology, Fairy Tales & Other Established Source Material
No TV for You (when it comes to publicizing your book)
Peer-Pressure Writing: Offering Encouragement & Just a Little Shame
A Story Analysis Worksheet
Tricks for Writing in Public
Location, Location, Location! or How to Find and Maintain Your Writing Space
What Should You Put In a Cover Letter?
Ignore the Market Guidelines at Your Peril – How (Not) to Build a Career

Tina L. Jens has been teaching varying combinations of Exploring Fantasy Genre Writing, Fantasy Writing Workshop, and Advanced Fantasy Writing Workshop at Columbia College-Chicago since 2007. The first of her 75 or so published fantasy and horror short stories was released in 1994. She has had dozens of newspaper articles published, a few poems, a comic, and had a short comedic play produced in Alabama and another chosen for a table reading by Dandelion Theatre in Chicago. Her novel, The Blues Ain’t Nothin’: Tales of the Lonesome Blues Pub, won Best Novel from the National Federation of Press Women, and was a final nominee for Best First Novel for the Bram Stoker and International Horror Guild awards.

[…] Jens lays it all out quite thoroughly. My two cents: If you have pro credits, you already know what to put in a cover letter. If you […]

Interesting that awards and award nominations can do so much in the slush pile. I’ve been hearing that awards, even the biggest ones, have almost no effect on book sales these days, so I wouldn’t have guessed they would matter much to acquiring editors. Thank you for your post. It’s always helpful to know what the word on the street at the Nebula Awards is.