The David Gemmell Legend Award is a fan-voted award administered by the DGLA. The Legend Award for Best Fantasy Novel was first granted in 2009, and has now been awarded six times: 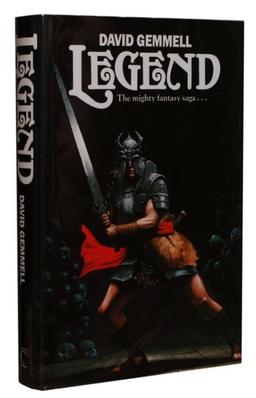 See all the 2014 nominees here, and last year’s winners here.

The Legend Award is named for David Gemmell’s first novel. The trophy is a scale model of Snaga, the axe wielded by Gemmell’s famous hero Druss. It is created each year by Simon Fearnhamm of Raven Armoury. The awards presentation will take place on Saturday August 8th, at Nine Worlds Geekfest.

Voting for the award opened on Monday June 1st, and will close at midnight on Friday July 17th. Visit the DGLA website to cast your vote.

The Gemmell Award is not the only award administered by the DGLA; every year it gives out two others: The Morningstar Award for Best Debut novel and The Ravenheart Award for Best Fantasy Cover Art. Note that the Ravenheart award is for the UK covers.

Congratulations to all the nominees!