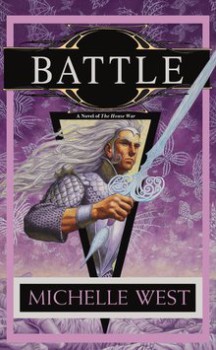 I been known, when on my way to my writing desk, to stop to do the dishes, fold the laundry, clean the cat box, repaint the spare bedroom – you know, anything to avoid actually sitting down to write. And this despite the fact that I have a contract to do so, and a deadline.

What about deadlines? How well do they work as motivators? Some people, like Michelle West, just can’t write with something looming over them like that. Others can’t seem to write without one. It reminds me of the time a bunch of us were sitting around in the pub talking about “pulling an all-nighter.” The excuse for this procrastination (and we’ve all used it) is usually “I do my best work under pressure.” On this particular day, I heard the perfect response to that excuse: “Honey, you do your ONLY work under pressure.”

I don’t know anyone who hasn’t, at some point or another, for one reason or another, had to motivate themselves to write. The question is: How?

Most of us really intend to write. Most of us are okay once we get started. Daily word count is actually is a pretty good motivator to keep going once you start; the trick is to get started.

Many people use a form of peer pressure. They’re part of a critique group, say, maybe for NaNoWriMo, and they’ve got to produce a certain amount by the time the group meets or shares or whatever. But, I hear you saying, that’s really a deadline, isn’t it? Sure, but the idea of showing up empty handed on the day, when everyone else there has something to show, can be a great motivator for people, much more so than the idea of sending an apologetic email to your editor. 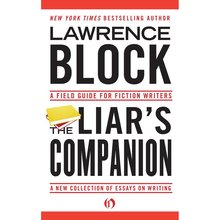 I know a couple of people who agree to report word count at the end of their writing day, and just the knowledge that they have to report something or lose face is sufficient motivation to get them started.

Great. So now that you’re motivated to start, how do you actually, um, you know, start?

One thing I’ve found is that if I’m working steadily, I’m thinking about the story all the time, even when it looks like I’m doing something else – even when I don’t think I’m thinking about it. When that happens, I’m in the zone, and the story itself prods me to begin. I know what’s going to happen next, and I sit down and write it. I’m not frightened by the prospect of the empty page, because I already know how I’m going to fill it.

At other times, however, I manage by tricking myself into starting. Maybe I feel a little dull today, maybe I don’t know exactly what’s going to happen next in the book. Maybe the word count or the number of hours I have to put in feels more daunting and unachievable than usual. That’s okay though; you know what? I’m not going to worry about that today; maybe I’ll take the day off. All I have to do to give myself the day off is read over what I wrote yesterday for, you know, fixing the commas and such. That’s all, no pressure, just read over yesterday’s stuff. Or, if I’m revising, just read over my notes, that’s all. Nothing scary, nothing daunting in that, is there?

You know how often doing this has resulted in my actually taking the day off? Not once. Every time, reducing what I was doing to some manageable part of the whole, I was able to trick myself into starting to write. I’m fully aware that I’m “tricking” myself, and it still works. 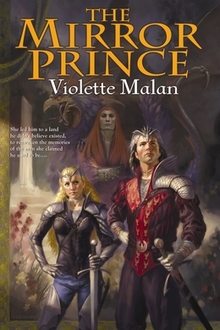 Will it work for you? Who knows?

Then there are those moments when the ideas just don’t come – not even the idea for the very next sentence. That’s an entirely different dilemma from the one that controls motivation, and has to be dealt with differently. Keep in mind that I’m not talking about writer’s block, which I think is a true psychological condition like depression, but just a stall, a stutter of the brain, like an old vinyl record skipping. An inability to get past the point you’re at.

Sometimes, when this happens, skipping ahead is the thing to do. There was a point in writing The Mirror Prince when I just couldn’t get my characters out of a locked room. I kept writing and I kept writing. The chapter got longer and the chapter got longer. And those two miserable bastards were still in the room. I had occasion to speak to my editor, and when I mentioned my problem, the conversation went something like this:

SG: Do you know what the next scene is?

SG:Skip to it. You can come back and get them out of the room later. You may find that once they’re actually out, you’ll know how they did it.

Skip ahead. Come back and fix it later. Wow. Why didn’t I think of that?

Wait a minute. What about that “fix it later” thing? This revising topic is starting to haunt me, so I’ll write about that next time.

Violette Malan is the author of the Dhulyn and Parno series of sword and sorcery adventures, as well as the Mirror Lands series of primary world fantasies. As VM Escalada, she writes the soon-to-be released Halls of Law series. Visit her website:www.violettemalan.com