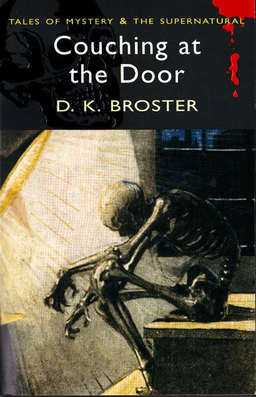 Thomas Parker’s article on Ghost Stories for Christmas yesterday inspired me to look through my own collection for Victorian era ghost stories. I was intrigued by his suggestion to revive the ghostly tradition of Christmas past, by reading classic ghost stories out loud to my kids around the fireplace on the cold evenings of December.

Of course, my children are all teenagers. Which means they’ll be checking their smartphones, playing games on the iPad, and generally rolling their eyes when I suggest a 100-year old family entertainment. They don’t even like to watch movies from the 1980s. Or technology of any kind released before 2010.

Well, that’s parenting. You need to endure a little eye-rolling before they come around. I think I’ll start with W.F. Harvey’s “The Clock,” from The Beast with Five Fingers, which John C. Hocking called “a masterful short piece… Truly one of the finest examples of what H.P. Lovecraft called ‘spectral fear’ ever put on the page.” Or maybe a ghost detective story from Mark Valentine’s The Black Veil & Other Tales of Supernatural Sleuths. Or a Sherlock Holmes pastiche from The Game’s Afoot.

Of course, all three of these books have one thing in common: They’re all part of Wordsworth’s Tales of Mystery & The Supernatural (or TOMAToS, for short). It’s the perfect line of books if you’re looking for great Victorian horror tales…. or great ghost stories, period.

I need a book that will keep them on their toes, an author who mixes supernatural mysteries with even stranger weird tales. And after looking through my Wordsworth collection, I think I have just the thing: D.K. Broster’s Couching at the Door.

Dorothy Kathleen Broster (1877-1950) is best known for her historical novels. But there is a darker side to her writing, glimpsed in her early poems — “The Second of September” (1792) is a fine example — and finding full expression in the stories she wrote after she had become a highly successful novelist. Sometimes — as in “The Window” or “The Pestering,” or “All Soul’s Day” — these are what we might call ‘explainable’ ghost stories: apparitions or hauntings whose origin is to be found in some violent or unjust action in the past. Other stories, “Couching at the Door” and “From the Abyss,” have little or no explanation, even in supernatural terms. Add to these an elegant reworking of the Persephone myth, “The Taste of Pomegranates,” the downright bloodthirsty “Clairvoyance,” and the psychological studies, “The Promised Land” and “The Pavement” which so well merit the heading ‘Madness and Obsession’, and you have a collection to disturb and unsettle the strongest nerves.

Couching at the Door is a slender book — just 192 pages, without even an introduction to sketch out some details of Broster’s life. It was originally published in 1942, and technically, the stories within aren’t Victorian ghost stories at all… they were all published in the 20th Century. But many have the flavor of Victorian ghost stories, and that’s good enough for me. 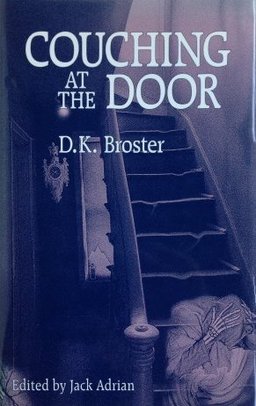 If you’re a completest, you may prefer the Ash Tree Press hardcover, edited by Jack Adrian and published in 2001 (at right). It includes one additional story, “All Souls’ Day” (from 1907), as well as the poem mentioned above, “The Second of September, 1792” (1911), and an introduction by Jack Adrian. Otherwise, it is identical to the 2007 paperback.

Both the Ash Tree version and the paperback edition include “The Taste of Pomegranates,” an unpublished short story found in Broster’s papers by Jack Adrian, which first appeared in the Ash Tree hardcover in 2001.

John, we read “The Clock” three or four years ago! It’s a good one.

Good to hear it went over well, Thomas. It’s short enough to be a quick read, and I think more than creepy enough to get everyone’s attention.

Short is the key, I think. I’m not sure I can hold their attention for more than 8-10 pages…

It helps to assume a specific persona when you read. Mussolini has always worked well for me.

Ha! I have no idea what Mussolini sounds like. I always find myself gradually slipping into a faux Scottish baroque when I read…

I was kidding about Mussolini, but you knew that…right? Actually, I find that with these kinds of stories, the best reading is a flat, matter-of-fact one; no straining for effect. Let the story itself do the heavy lifting.

That’s probably true. But no matter how hard I try, by the time I’m five minutes in, my narrator always sounds like he hails from Edinburgh…

[…] Crimson Blind and Other Stories by H.D. Everett Couching at the Door by D.K. Broster The Casebook of Carnacki The Ghost Finder by William Hope Hodgson The Beast with […]