I was introduced to fanfiction after The Empire Strikes Back came out in 1980, when I was around fifteen. This was long before the Internet, and fanfic was printed in fanzines, fan-produced magazines that were mimeographed or xeroxed, or if the editor could afford it, offset printed. But finding them, if you didn’t already know someone who knew about them, was nearly impossible.

As a lonely, feral, anxiety-ridden, teenage fan, my only connection to the fandom world at all was Starlog magazine. Back then, Starlog was a lifeline for me, and it not only featured articles and news about TV shows, movies, and books, but also fan groups and conventions. (I chose the university I went to because Starlog had an article that mentioned its student SF/F club and convention, but that’s another story.)

The magazine also had a section of small cheap personal ads in the back for fan-related merchandise. One issue, a fanzine called Facets, dedicated to fanfic about Harrison Ford’s various characters (mostly Han Solo and Indiana Jones) bought an ad, and I sent my money in (I don’t remember how much, probably less than $10) and bought a couple of small fanzines.

I was hooked. The back of each fanzine was filled with ads and flyers for other Star Wars fanzines, and I dived in and ordered more.

At their height of popularity in the 80s and early 90s, Star Wars fanzines were gorgeous productions. There were zines that were more than 300 pages long; with color covers and black and white illustrations; and filled with stories, poems, and cartoons. The best editors would copyedit the stories and some made suggestions and asked for revisions, helping the writers produce their best work. 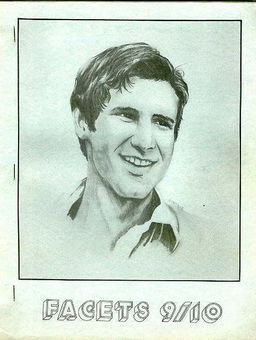 If this sounds like a lot of unpaid work for writers, artists, and editors, it was. The zines were all labors of love, and though the editors did charge a cover price, between printing costs and shipping, the editors either lost money or only made just enough for seed money for the next issue. But it was an enormous amount of fun, and it was a connection to a group of people who liked the same things you liked.

And most of the fanfiction and fanzines were produced by women. I was a terribly lonely teenager, and I didn’t know anybody in person who liked what I liked. Reading about other people who loved SF/F books, movies, and TV shows in Starlog had been important to me. Stumbling into this world of women, some my age but mostly older than me, who enjoyed the same things with passion and intensity, and who were funny and creative and generous and argumentative and wrote and drew and made beautiful fanzines, was a revelation.

It was also an important part of my development as a writer. Without it, I don’t think I would have had the motivation and encouragement to keep learning how to write, and the confidence to let other people read my work. And it was just a hell of a lot of fun.

Media fanfiction fanzines had been around for quite a while by that time, at least since Star Trek. These zines were centers of a community that interacted via the letter columns in each issue (where the readers gave feedback on and discussed the stories) or letterzines, which were exactly what they sounded like, zines where the readers carried on general discussions and chatted via letter, like a printed version of an Internet forum. Except for the lucky few who were able to go to fanfiction-oriented conventions, this was the only way to interact.

And yes, people still had fights and bitter disagreements and flame wars via letter columns and letterzines, terrible earth-scorching flame wars; they just had them very, very slowly. 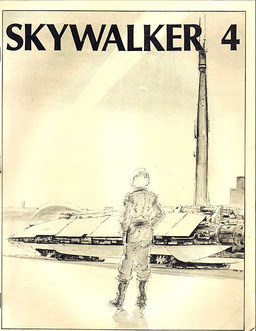 Besides being hard to find for fans not already connected to the fanfic community, there were other downsides to fanzines. The big zines were expensive to produce, and even the smaller cheaper ones were expensive to ship internationally. Many fans couldn’t afford to purchase them at all and others couldn’t afford the shipping on any zines printed outside their own country. They were time-consuming and labor intensive, and most editors usually managed to produce only one or two issues each year, if that.

Fanzines were also divided into separate categories, with some zines allowing only general PG-rated stories, others allowing explicit stories but no slash (characters in romantic or sexual same-sex relationships), and others allowing only slash. If you wanted to read all three, you had to buy more fanzines. And the legal status of fanwork wasn’t well understood back then, and some editors were justifiably afraid of being sued for copyright violations, and it made people paranoid, and made zines harder to find.

As more people got access to the Internet in the 90s, fanfic and the fan communities surrounding it moved to email mailing lists and web archives and sites like Live Journal and more recently Tumblr. (There are still some print zines being produced, but not nearly as many, and archives like the one at the Cushing Memorial Library and Archive collect the older ones for preservation.) And of course the best thing about Internet fanfic and fanart is that it’s free and there’s lots of it, anybody anywhere in the world with an Internet connection can find it, and you don’t have to worry about the post office losing it or an overworked editor getting fed up and quitting. This allows readers to explore all kinds of fanfic, to follow their favorite writers from fandom to fandom, and to discover new books, movies, comics, and TV shows from all over the world through the fanfic those sources inspire.

It was a great feeling when that zine you had waited six months or a year for finally arrived, with gorgeous color covers and stories by your favorite writers and art by your favorite artists, but being able to get online and look for new stories when you’ve had a horrible crappy day is pretty darn nice, too. And it’s still a hell of a lot of fun.

Martha Wells is the author of over a dozen fantasy novels, including the Books of the Raksura series (The Cloud Roads, The Serpent Sea, The Siren Depths), and the Nebula-nominated The Death of the Necromancer, as well as the YA fantasies, Emilie and the Hollow World and Emilie and the Sky World. She has had stories in Black Gate, Realms of Fantasy, Stargate Magazine, Lightspeed Magazine, and in the anthologies Elemental, Tales of the Emerald Serpent, and The Other Half of the Sky. She has also written the media-tie-ins Stargate Atlantis: Reliquary, Stargate Atlantis: Entanglement, and Star Wars: Razor’s Edge. Her most recent books are a two-volume collection of novellas set in the Books of the Raksura world, Stories of the Raksura: The Falling World & The Tale of Indigo and Cloud. Her website is www.marthawells.com.

Great post, and I think you should write about AggieCon or maybe Cepheid Variable, or both for us, too.

Fanfiction and Me | Fanfic Journal

[…] This is a link to an article I wrote for Black Gate on how I found fanfic and early Star Wars fanzines: Fanfiction and Me: http://www.blackgate.com/2014/10/22/fanfiction-and-me/ […]

Thanks, Bill! And that could be fun, I’ll have to try to do one about that.