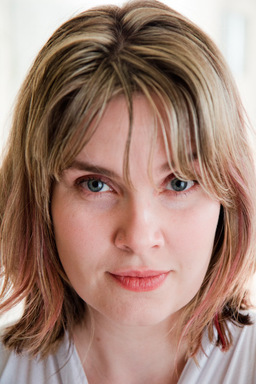 Today I’m turning over the Black Gate rostrum to the talented Erin Evans. Take it away, Erin!

I have a confession to make: I have a word count problem. I always have. Short fiction is a struggle. My short stories are secretly novelettes, the few true short stories I’ve written begun as flash. I struggle mightily to keep my novels leashed, but, readers, I mostly fail.

There are those that say a novel has no business being over 100,000 words, and from an editor’s perspective, I agree. More than that and there’s certainly fat to be cut, scenes you don’t need and characters cluttering up the page. More than that and you’re asking a lot from a reader — a narrative that stretches that long risks becoming meandering and slow. It risks losing your reader’s attention. It risks being put down.

But for all I know “the rules,” I love a big, fat tome of a book. Epic fantasy is my jam — and I know I’m not alone. So it’s not surprising my latest book, Fire in the Blood, eventually broke free of the leash and came in twice as big as it was supposed to be. I turned in the final manuscript, waiting to hear back that I needed to cut a whole novel’s worth of words (or more).

But my editor couldn’t cut it by much. This story was meant to be big. “I think you found your stride,” she said. “Congratulations: you’re meant for epic fantasy.”

Words every long-writing author wants to hear. Here’s how I got them. 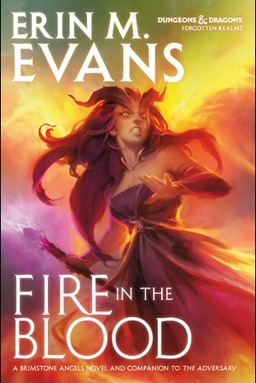 Lean and Mean and BIG

Those bits of advice about word count aren’t wrong. Chances are excellent you don’t need that many words, and even if you do, there’s a good chance the needless ones have snuck in. Unnecessary scenes are going to be the biggest contributor to your word count.  My earlier drafts had a romantic subplot I couldn’t commit enough time to, several twists that added time not complexity, and points that explained things that readers were perfectly capable of figuring out. All of that can go. Scenes got summarized. Redundant bits got condensed. Descriptions pared down and dialogue shed.

This is basic first draft stuff, but writing a big book doesn’t mean you don’t need to do it with a vengeance. My last book, The Adversary, was a thick one too — it went on a 17,000 word diet before my publisher would commit to a page count. Earn every word.

If the book’s meant to be a big one, it’s going to be because you have a big story. You might be able to write 200,000 words about a missing fan, but if it doesn’t grab your readers, they might never get to the interesting parts. 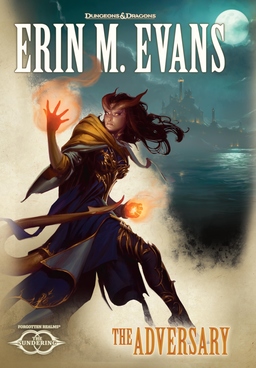 Even if your story’s meant to be a doorstop, that’s a lot of narrative to keep moving. The classic three-act structure gets a bit strained when you extend it that far. So cheat: Break it into parts. Each part has its own arc that builds into the bigger story. Each break gives a reader a spot to stop and sort out their thoughts, before continuing on. It’s a hallmark of epic poetry and it can work for you.

Moreover, framing each part with its own title, a little bit of text, can help put your reader in the right mindset. For Fire in the Blood, I used three parts and an epilogue. Each is introduced by a description of a piece of art hanging in the Royal Palace, depicting one of the four Swords of State.

The swords and the art are recurring elements in the book — you get double duty here, a bit of setting and a sort of thematic tuning fork. For example, Part II is named for Orbyn, the Edge of Justice, so we get:

THE BLADE THAT SHINES BRIGHTEST IN THE HALL OF GAZES IS THE EDGE OF JUSTICE — here it ends the tyranny of Thauglorimorgorus, there it stops the heart of a traitorous nobleman. Stitched in silver thread, its oldest depiction hangs at the far end of the passage, a tapestry said to have been embroidered by Queen Engrane, Duar’s first daughter-in-law: King Duar Obarskyr at battle with Magrath the Minotaur, the pirate who would have ruled Suzail. The king, embroidered all in gold, springs like a lion toward the ragged beast, Magrath’s death leaping ahead like a bolt of lightning. In most works the blade has already done its deed, but here, the moment before Cormyr is saved, it is clear that justice flows not only through Orbyn, but in the blood of the Obarskyr.

That section of the book moves largely on the actions of four characters who all come from the Obarskyr family. For the rest of the characters, it’s very much the part where they’re taking matters into their own hands, trying to right wrongs even as they discover there’s more going on than they ever expected. The introduction to the section sets the tone and hopefully guides the reader through it.

Writing epic-length fantasy is not for the weak-hearted or squeamish. But finding ways to manage your story can mean a larger-than-life adventure for your readers to enjoy.

Erin M. Evans is the author of the Brimstone Angels saga, including the most recent installment, Fire in the Blood (Wizards of the Coast, 2014). Erin graduated from Washington University in St. Louis with a degree in Anthropology – a course of study aimed at fieldwork, but it works well for fleshing out fantasy cultures, which gets fewer botflies in her socks. She lives in the Seattle area with her husband and son. Find her on Facebook, Twitter, and at slushlush.com.

“To produce a mighty book, you must choose a mighty theme. No great and enduring volume can ever be written on the flea, though many there be that have tried it.” Herman Melville

[…] Crossing the Threshhold: Making Ultra-Long Fiction Work For You […]