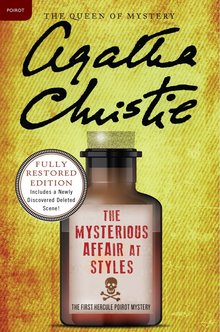 A frequently heard complaint about a series, whether in book or TV form, is that the characters never change, and that they keep doing the same things over and over. Another frequently heard complaint is that the characters have changed out of all recognition from the ones we first knew and loved, and why do we never see them doing some of the things they used to do?

Why does this happen, you ask? Because writing a series is more complicated than it looks.

For one thing, you don’t actually know you’re writing a series until you’re on your third, or even your fourth, book. Sure, you may be planning to write a series long before that, but you’re not actually writing one until then. It probably isn’t until your third or fourth book that you have to consider one of the all important factors: will my characters age?

Agatha Christie famously regretted making Hercules Poirot a retiree when she wrote her first book about him, The Mysterious Affair at Styles, but she didn’t realize then that she’d be writing those novels for another 50 years. Rex Stout’s Nero Wolfe and Archie Goodwin, along with their recurring secondary characters, simply don’t age. Even though the world goes on around them, with very few exceptions each of their stories is told as if it was a single, stand alone novel.

Of course, if your characters aren’t human, this is something you may not have to worry about. But there usually are human, or human-substitute, characters in anything written and read by humans, so someone in the series is aging, even if it isn’t the main character. In fact, the type of problem I’m talking about is relatively recent to Fantasy and SF writing, since the series format in our genres is a far more recent phenomenon than it is for, say, the crime writer. We see the problem quite easily, however, when it comes to TV – the main characters age, because the actors do. That might not be a problem for someone in a crime or military series, but what if your main characters are vampires?

Not a problem if your show only lasts a couple of seasons, but what if the show becomes popular? How do you keep Angel from aging? Then again, if you’re Dr. Who, someone has already come up with a solution to that problem. Less drastic solutions also include simply changing the protagonists, something that the Law and Order franchise has done quite well.

The Harry Potter series – books and movies – gives us a clear illustration of how the aging of characters works both for the readers and against them. Harry starts out the same age as the intended audience for the books, eleven, if I remember correctly. Then he, and his readers, aged approximately a year by the time the next book came out. That’s more or less correct, if you consider publication schedules; it takes about a year for the next book in a series to appear, maybe a little more than that for the movie. Even the adults reading the books aged at that same rate. 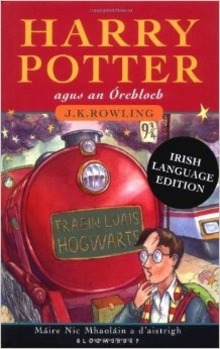 Once the series is finished, however, that timeline no longer applies. Anyone can sit down and binge-read the books, or binge-watch the films, without that chronological “rest” that the first readers/viewers got. Anyone can sit down and read them straight through. Including any 11-year old, who now doesn’t wait to get older before reaching the more mature material of the later books.

Why don’t YA series last more than three or four books? Because the characters age, and they’re not young adults anymore.

Binge-reading creates other problems besides the aging of the characters, and that’s the problem of the messed up detail. I think we’ve all had the experience of finding something in a later episode, or book, or movie, that flatly contradicts a detail that came before. Sometimes this happens, as I suggested earlier, because the writers didn’t know they were writing a series when they started out, and therefore didn’t realize this particular detail was going to come back to haunt them.

Sometimes it happens because they simply didn’t notice. After all, the reader/viewer gets to do all that binging – they might read Book Seven only days after reading Book One. The writers wrote the books once, and several years apart. As for TV, sometimes it’s not even the same writers.

One last thought. We all know that sometimes “series” are made, not born. LOTR was written as a single book, as most of us know, and broken up into a “trilogy” because it was simply too large to deal with from the publishing point of view. We’ve seen this done more recently with film versions of books. We might think (from the size of some of the volumes we see nowadays) that publishers don’t do this anymore, but some do. In Spain, it’s routine for large books by, say, Stephen King or George R.R. Martin to get broken up into smaller volumes for publication. Each smaller volume costs pretty much what we pay for the whole thing, by the way.

Why don’t YA series last more than three or four books? Because the characters age, and they’re not young adults anymore.”

The Narnia effect, as it were, yeah.

I’ve wondered about the chronological series ‘requirement.’ The Conan books by Robert E Howard and the Sherlock Holmes (Arthur Conan Doyle) and Solar Pons (August Derleth) tales weren’t written and published in time order. They jump back and forth (the first Conan story is near the end of the timeline!) to no ill effect.

Is it just that the convention is no longer ‘acceptable?’ Could a modern detective or fantasy series be reasonably successful (or at least well liked) with the books moving back and forth in the protagonist’s lifetime?

@Princejystin: I think Lewis was the first one to address the problem directly.

@Bob: Someone’s going to have to try it, and who would risk it? The chronological timeline that runs in the “background” of a series is relatively recent, as you note, possibly post-WWII, and it certainly is the acceptable format at the moment. Christie and even Sayers can be read with equal enjoyment out of order, with the exception of Sayers “Harriet Vane” books, the chronological timelines are coincidental rather than planned.
Do you think it might be a nod to the fact that people do reread and binge-read series now, and it the past they didn’t? Or at least it was thought they didn’t?

The only modern series I can think of that bounce around the timeline like that are Steven Brust’s Jhereg books, and Steven Erikson’s Malazan Book of the Fallen. Athough Malazan is kind of a different beast in that I get the feeling that it was all mapped out beforehand.

Didn’t Patrick O’Brian say that if he knew that he’s be writing all those Aubry/Maturin books, he wouldn’t have started the sequence so late in the Napoleonic Wars?

@ FitzoliverJ: The nice thing about dealing with an historical figure is that his lifetime is already mapped out, which might make it easier for you to dip back-and-forth. A little like the Holmes pastiches fitting themselves into the canon.

@JoeH: I’m not familiar with Erikson’s work, thanks for mentioning them

@Thomas: I wouldn’t be at all surprised. Let that be a lesson to all of us.

George MacDonald Frasier found a neat solution in his Flashman books. Each volume represents a different “packet” of the old reprobate’s long-hidden, loosely connected memoirs, so Fraser was free to write about whatever phase of Flashy’s career he liked and let the reader worry about the sequencing. The only complaint I’ve ever hear about the the books is that there aren’t more of them…

[…] Last time I talked about writing a series and how there can be other things, besides how a character ages – or whether they age at all – that can complicate things for the writer. I mentioned the type of detail that can catch a writer flat-footed in a contradiction or even a simple change, which likely occurred because the writer, unlike the reader, didn’t write all of the books in one sitting. […]