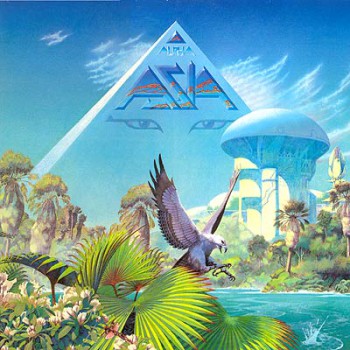 There was a time back in my middle-school days when friends of mine were allowed to join those ‘record clubs’ that you could find in magazine ads. You might remember these deals, where you’d pay like a penny and get twelve cassette tapes if you promised to buy six at regular price over the next year. Now for an eleven-year-old, this was a pretty significant addition to a small tape collection, so imagine my chagrin when I’d see friends show up with all this new music and me still with such a modest collection.

It was during one of these bulk purchases that my best friend at the time, Jason, picked up a copy of Asia Alpha. Jason eventually moved away after 7th grade, but years later, we became roommates in college during our freshman and sophomore years in the dorm. During our time together, around 1990, I purchased an Asia collection (Then and Now) on disc and Jason asked what I’d purchased. When I told him, he replied ‘I don’t know that band’, and I was like, ‘What!? You owned Asia Alpha back in middle school!’ and he was like ‘I did?’ I guess the moral of that particular story is that when providing twelve tapes at once to an eleven-year-old, it might be more about the bragging rights and cool factor than the music.

Anyway, the prime reason I’d remembered he had the tape was that the album cover was so incredibly cool. It was far beyond anything I’d seen at the time and to this day I’m still pretty enchanted with it. Many years would pass before I discovered that the artist was Roger Dean, and that he’d been doing funky and incredible alternate fantasy images for more years than I’d been alive. 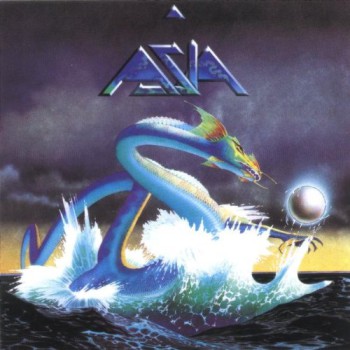 Dean is a product of Ashford, England, where he was born in 1944. His art career started in the late 1960s when he did his first album cover for The Gun’s album Gun in 1968. Although his work continued to gain popularity, it probably wasn’t until he did the cover for the Yes album Fragile that his artwork really hit the mainstream. 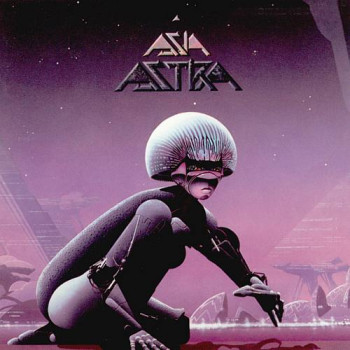 Although certainly a fantasy painter, Dean himself considers his work to be more about landscapes and design. That may be true, but the reality to me is that his landscapes are all so alien and otherworldly that therefore they should be classified as science fiction and fantasy. And it was for that reason that I was so captivated by his work when I first saw it on Asia Alpha.

That particular album work on Asia, along with his Yes art, shows just how important an artist can be to a series. Much like a successful writer’s work might be covered by the same artist (Jordan/Sweet, Moorcock/Whelan, Howard/Frazetta, Salvatore/Lockwood), Dean’s work helped establish a viable and easily distinguishable brand for these bands.

Having gone back over the years, I’ve had the opportunity to enjoy all the Dean album covers in some form, either from the album itself or in print form. Each cover is both distinct and emotionally charged, with a kind of humanistic wanderlust that just begs to be explored further. That, in my mind’s eye, is the beauty of all landscapes, be they inspired by Earth or some alien dream. 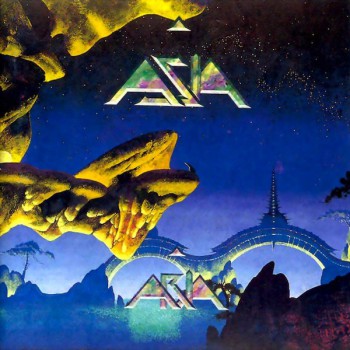 Some might argue that Dean’s work is past its prime and that it reflects too much of the 1970s, but I’d say that is perhaps its greatest compliment. It is rare that a piece of artwork, or an artist, has so thoroughly dominated a time period that it gets forever attached to him or her. Dean managed this in grand fashion, and thanks to several bands, and my friend Jason, I’ve had the pleasure of being inspired by the work as it bleeds over into my gaming table for thirty years.

If you like what you read in Art of the Genre, you can listen to me talk about publishing, and my current venture with great artists of the fantasy field, or even come say hello on Facebook here. And my current RPG Art Blog can be found here.

Fine. I’ll listen to Asia again. [runs off to Spotify]

I owned one of the Asia cassettes back in the day. I have several Asia songs on my iTunes. One of the things that I enjoy besides the Asia music is seeing the artwork on the screen when an Asia song comes up. I think it’s still stunning.

I was in a Half Price Books last year and was able to pick up a couple of brand new Roger Dean coffee table books on the cheap. All of the Asia and Yes art was within–a great find!

James: Indeed, a Dean art book can be very inspiring! I listen to Alan Parsons Radio on Pandora sometimes and Asia gets played there, so I always grab the iPhone and check the cover for a quick smile 🙂

No other title did this for me more than Anderson Bruford Wakeman Howe. Dean’s artwork there captured the ethereal nature of the music quite well but also sent this Dungeon Master off in search of ways to incorporate the floating islands into his campaign — either through alternate planes of existence or magical lands that were much different than their neighboring countries.

Michael: Right! That is another stunning cover, and yes, it has a eagle! I’d love to do something like this with perhaps a space campaign in which players have crashed on an alien world. Could be very fun! 🙂

A lot of the art was wrap-around on the LPs, and the full image wasn’t there on many cassette and CD covers.

I’d really like to find those art books, too. Asia’s still one of my favorite bands, so I usually have the Asia, Alpha, Astra and Aqua albums on my iPod.

One of the more recent pop culture reference to the Dean artwork was on Venture Bros. The albums and their artwork were cited by Rusty (aka Doc Venture) as one of his inspirations, and that his son Dean was was named for Roger Dean. He even makes Dean listen to the albums.

Basara: Venture Bros is fantastic, and hearing that tale reminds me of the South Park episode where Cartman gets the U.S. Congress to do the pat.. pat,pat..Clap! of Asia’s Heat of the Moment. Parker and Stone are my age as well, so we all ‘get it’, and obviously have been inspired by it.

Dean got me INTO “Progressive Rock”.
Well, part of it was I’d listened to it in tie dyed diapers… But the adults who played it now only -kinda- remember the “Folk” stuff. While I love Phil Ochs, Baez, Donovan it was like being a child again after years of liking Dean’s art going “Okay, I’ll buy the CD and see if it’s for once as good as the cover…” heh, love it when there’s the exception to “You can’t judge … by its cover”!

Green: Very well said, and thanks for the look into your past! 😉

Dean got me into Uriah Heep. How could I not at least try The Magician’s Birthday. (Plus the red/blue cover has a lot of illusionary movement.) I believe he also did the cover on Demons and Wizards, but it’s not his best work.

What I really love is his architecture.

Jeff: His architecture, with its smooth lines and bulbous molds is so incredibly organic and beautiful that I’m in awe each time I see it.

Aonghus: Bedside Manners Are Extra would make a fantastic DM Screen! Heck, if you have the vinyl, you could just open it and tape your maps and stats to the inside and use it. Now that would be cool! 🙂

Yep, Dean helped get me, too, into prog rock: I wanted to hear the aural soundscapes that expressed (or were expressed by) those landscapes! I most love his Yes covers, with those “smooth lines and bulbous molds . . . so incredibly organic and beautiful.”

Another cover that fired my young imagination was PeterLloyd’s for the Kansas album Point of Know Return — what a trippy visual that is, with the sailing ship going over the world’s edge into some vast Unknown…

Nick: Nothing like those smooth lines! And yes, the Lloyd Kansas was inspiring.

Point of Know Return had a good cover, but I preferred the cover of Leftoverture. It had a scroll! With words!

It would be pretty cool, ST – what better way of establishing your credentials as a DM, than with a screen which features some mysterious, many-armed god as its centrepiece?

Jeff: Thumbs up, brother, thumbs up! 🙂

Aonghus: True that! I wish they would allow pictures in these comments because I found a shot of the LP opened up to look like a screen. Totally imposing and classic. 🙂

Another thing I wouldn’t mind as a poster or GM screen was the paper sleeve from inside the dust jacket of the Led Zeppelin album with “Stairway to Heaven’s” lyrics and that B&W art on it.