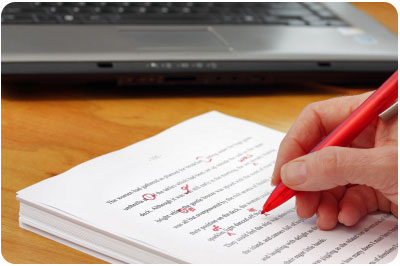 Novels can depict events that take place over a span of generations or just a couple hours. Yet no matter how long a time period your story covers, there is always something that came before it. Those events that impact the storyline are called backstory.

Many aspects of backstory can be inferred by the reader. For example, if your main character is a cop, most readers will understand that she knows police procedure, the laws of her jurisdiction, and how to handle a firearm. You don’t need to walk us through every day of her academy training to tell us this (although writers will happily do so). However, the more of a character’s past that you tell your readers, the more they can identify with her.

Backstory is one of those things that, when done right, is almost seamless. You don’t even notice it. But when it’s done with a clumsy hand… well, it can be obnoxious.

The flow of information from the writer to the reader is like a dance. A striptease, actually. Of course, the reader wants to see the goods right away, but on some level they also want to be teased, to have it parceled out in little bits that leave them wanting more.

So how do we accomplish this? If you’ve spent any time around writers, writing courses, or online writing forums, you’ve no doubt heard of the dreaded information dump. Or infodump, for short. Big lumps of raw backstory dumped into the narrative are no longer in style (if they ever truly were). They bog down the narrative and distract from the main story. Today’s author must disguise the backstory within other techniques.

“Okay, Bob. Hold still while I inject you with this H-PAC serum.”

“You mean the serum that will double my IQ and make me irresistible to women, Hank?”

“That’s the one, Bob. As you know, I’ve spent ten years developing this formula.”

“Oh, yes, Hank. I know this because I’ve been visiting you here in the lab every day since we both graduated from M.I.T. in 2004.”

This comes off as insulting to the reader, so don’t do it.

Another technique is marbling, where the information is tucked into the story in small chunks to spread it out. So when we meet your main character’s step-father, we aren’t immediately launched into a twenty-page description of his life’s story. Instead, you give us a few details, perhaps describing him physically and making an observation, such as:

He was a big man, several inches over six feet, and physically imposing like a buffalo. Like the kind of beast that could knock you over and crush every bone in your body without realizing what it had done. His small, gun-metal eyes said he wouldn’t feel bad at all if that happened.

Then, perhaps in another scene, you tell us a little about the step-father’s past or his job down at the steel mill, or whatever you think is important.

It all comes down to the question of how much backstory is enough. I’m more of a minimalist. I aim to give readers just enough information to keep the story moving. I believe that while backstory can add depth to a character, such as providing motivation, the most important part of a story is what is happening now. But obviously that’s not the only way to skin the proverbial cat. You should do what feels right to you and rely on your first readers for feedback about whether you’ve gone too far.

Backstory is a valuable tool to add depth and verisimilitude to your story, but you should be mindful not to dump it in by the truckload. Like pepper, a little bit can spice up a story, but too much will make it unpalatable.

I’ve gone back and read through some of my favorite writers and their stories. Backstory is a tough balancing act but I get the gist of what you are saying. Great post. These are valuable to me.