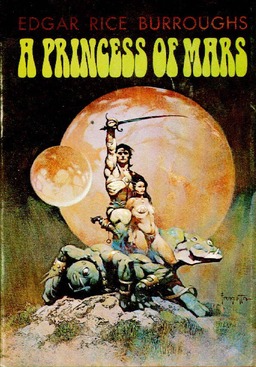 Last week I talked about my Window Theory of Emotional Response and I got some responses from people telling me about some books and films they’d encountered after the window had closed for them – and one or two who talked about works they’d loved once, but no more. Works where the window had once been open and was now closed.

It was pretty clear that I wasn’t talking about stuff we merely liked, or thought well of, but rather stuff that changed the world for us. Where the earth moved, the stars realigned and our understanding of the world was either fundamentally reordered or fundamentally approved.

We all know you can’t go home again. You’re not going to be able to relive that feeling of shock and awe, that feeling that the world just re-oriented itself, by rereading the book that did it for you or re-watching the movie or the TV series. Sometimes it happens that revisiting Parnassus leads us to feel it’s just a hill in Greece.

With luck, we revisit and while the earth no longer moves, we see why and how it did in the first place, and we see, furthermore, that it still retains its position. Or we see that we’ve strayed from our preferred position and revisiting reminds us of where we want to be and restores us to that place.

Sometimes, we wonder what it was about the thing that moved us in the first place and we realize that there wasn’t anything inherent in the thing itself, but that it was a combination of the thing, the place, the time; and that without all these things, it not only can’t be recaptured, we question if the earth even moved in the first place. That’s the window theory again.

What’s important, as a couple of people reminded me, is that we don’t stop looking for that feeling. There are still lots of windows out there.

It was pretty obvious from the books and films that I mentioned last week – and the ones I often refer to – what I’ve come upon myself, when the windows were open: Leiber’s Fafhrd and Grey Mouser stories; the original, as my niece puts it, “unf—d with” Star Wars films; LOTR; The Chronicles of Narnia; The Princess Bride; Star Trek. One of the great things about present day technology is that we can easily meet and get to know so many people who have the same windows and we can recognize each other easily, often just by the use of a single phrase.

My husband read the Edgar Rice Burroughs’s John Carter of Mars books more than 30 years ago. He read them once. Every now and then, at appropriate moments, he turns to me and says, “We still live.”

Violette Malan is the author of the Dhulyn and Parno series of sword and sorcery adventures, as well as the Mirror Lands series of primary world fantasies. As VM Escalada, she writes the soon-to-be released Halls of Law series. Visit her website www.violettemalan.com

I think a lot of it has to do with the historical context and the age you were at the time. ‘Star Wars’ made a huge impression on me as a teenager. I was young. Dublin was a pretty dull place, back then. And Star Wars differed from other SF movies (which tended to focus on some pristine space station or space ship) for its sheer breadth of vision – this was Space Opera with knobs on – but also because Lucas cleverly chose to make the technology look old and battered.* Nobody had ever seen anything like it before. I certainly hadn’t.

Also, the humble VCR had yet to make an appearance when the first film came out. Most people in Ireland only had access to two TV stations, and Black-and-White televisions were still commonplace. I guess this is what I mean about the historical context. To understand the impact of ‘Star Wars’ you also need to have a clear sense of the times.

* I think Spaghetti Westerns achieve a certain faux versimilitude for the same reasons. Their historical inaccuracies are outweighed by the emphasis on dust, sweat, heat etc; the physical realities of a place and a time.

I get this. When I was 14 I hadn’t really read any fantasy genre. But some how I found R.A. Salvatore’s Cleric Quintet on a shelf in Barnes and noble and bought it.

It changed my life forever. I loved every page of it. I’ve reread it once since. It might not give me the same feelings but I still enjoy it and I can still get caught up in the story.

Aonghus: You’ve essentially nailed my Window Theory; has to be right place, right time, right person. And you’ve essentially described my own (and my husband’s) experience with Star Wars, if you substitute Toronto for Dublin.

Glenn: the same thing happens to me, even with books I know really well, like Narnia or LOTR. I once put on Princess Bride just to check a particular line, and ended up watching the whole movie again.

I think what you have described is the writer’s highest achievement. When someone is filled with marvel it can be a life changing experience. Storytellers were highly respected people in some cultures. They’ve shaped values.

Somewhere I heard or read that 12 is the magic age for boys and the kind of fiction that they read.

Thanks for the nostalgia Violette.

Also, as a secondary note, and please forgive my blunt and crude commentary, I’m an ape after all, ERB had it all wrong with women. It was cool to see Deja Thoris in her “sensible” attire on the cover and my 12 year old eye was attracted by the artist’s rendition of her–uh, natural talents but that wore off quick. Girls who were dainty, submissive, and fawning gave way to strong independent types. After the Mars series I came upon Red Sonja. There is something sexy about a woman with a gun (or broadsword) in a chainmail bikini that makes my beasty heart pound faster. The girls who faint at the first sight of a Warhoon don’t belong in my tree house.

LOL, I felt much the same way. I was always a little disappointed that they weren’t (any of them) naked. I too grew to love other female characters more, though I was tickled that Dejah Thoris was always described as “the incomparable . . . ”
My husband has something to say about that too. When we come upon a female character who faints (or equivalent) at the equivalent of a Warhoon, he says, “ah, she must be incomparable.”
I’m afraid I sometimes find Buttercup a teensy bit incomparable.

“What’s important, as a couple of people reminded me, is that we don’t stop looking for that feeling. There are still lots of windows out there.”

C. S. Lewis has an interesting theological theory that these, what you’re calling windows, are small glimpses of the divine. As far as I know, the clearest attempt to explicate this theory is in his biography Surprised by Joy.

Even if you disagree with Lewis, it’s an interesting explanation of a person trying to make sense of why he’s always in search of these windows, and why he rarely finds them. I recommend it.

James: I have read it, and thank you for reminding me, as it’s been many years now. I’ve read quite a lot of Lewis for a number of different reasons, and something else of his I’d recommend is his critical work on Milton’s Paradise Lost. I found it really useful at one time, and of course he writes so well.
I always thought of this emotional response I’ve been writing about as something akin to the 18th-century idea of the sublime: a moment in which the finite mind grasps the infinite, or rather, the feeling that accompanies that moment.
Thank you so much for your comment.

It’s funny that you mention the sublime. I once read Rudolph Otto’s The Idea of the Holy where he talks a lot about the sublime and it reminded me of parallels with Lewis.

Also, it seems to me that Lovecraft’s discussion of cosmic horror has some parallels with sublimity. An odd connection indeed since Lewis and Lovecraft’s world views are so opposite!

Exactly James. And that is why Heaven is the Beatific Vision…since the Divine is perfect and infinite, the wonder and joy of discovery never cease.

To me, great art of any sort is that in which the window never entirely closes, no matter how many times you go back to it. It’s that book or story you pick up for the 10th time even though you have a stack of unread material sitting right next to it.

And that opposition is part of why Lovecraft’s stories carry such a sense of horror!

Sometimes you go home again and realize it was quite different than you thought.

Like Michael Swanwick’s reaction to re-reading Lord of the Rings as an adult.

Uh, for those of you guys who like the “incomparable” Dejah Thoris–did you know that she has her own art book and pin up calendar?

I was looking up John O’Neil’s recommendation of Old Mars when I stumbled across it. This also makes me think….I wonder if there is a Star Trek Green Women calendar too? It would be nice to have a man cave where no matter where I looked I would know what day it was.