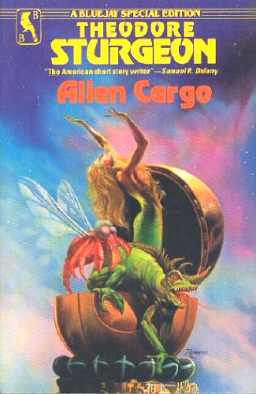 The most popular article on the Black Gate website in July was our report on the departure of James Frenkel from Tor Books.

News articles like that are usually good for some decent traffic. It seems everyone had something to say about Frenkel stepping down from his post at the most powerful genre publisher in America and all that attention generated a lot of clicks.

Most conversations, however, dwelled on the circumstances of his departure, and overlooked his many accomplishments. During his years at Tor, Frenkel sure was busy. He acquired and edited some of their most important books, including volumes from Frederik Pohl, Dan Simmons, Jack Williamson, Timothy Zahn, Greg Bear, Andre Norton, Vernor Vinge, and many others.

But even before he joined Tor, Frenkel made major contributions to American SF and fantasy, particularly as publisher at Bluejay Books in the mid-80s. It’s Bluejay, and the beautiful books they produced before going out of business, that I want to talk about today.

Bluejay was active just as I was really discovering American fantasy and SF in the early 80s, haunting bookshops in downtown Ottawa. They were pioneers in the trade paperback market, hired excellent cover artists — including Rowena Morrill, Tom Kidd, Barclay Shaw, John Pierard, Jill Bauman, and others — and published many of the top writers in the field, such as Theodore Sturgeon, Philip K. Dick, Harlan Ellison, Vernor Vinge, and many more.

That was a powerful combination, and it meant that Bluejay was an imprint with enormous prestige — at least in my mind. I kept an eye out for their books on the shelves and always gave them special attention.

That prestige extended to all their titles, not just the authors I recognized (part of the magic of having a strong and easily recognizable visual brand). It also extended to the new authors they discovered and championed.

And they championed quite a few. As publisher, Frenkel took chances on a number of unproven authors. The blurb on the back of A Coming of Age, for example, described the novel as “A Psi-Tech Thriller from a Great New Talent.” 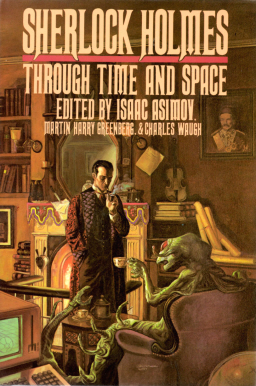 The talent  in question? Timothy Zahn.

Something else that made me an instant fan: They published a lot of original short story collections, from folks like Nancy Kress, Timothy Zahn, Barry B. Longyear, and Joan D. Vinge. Short fiction was how I discovered SF and fantasy and I never really lost my love of it. It was a delight to find a publisher who offered a rich assortment of collections in attractive editions.

They also did some excellent anthologies — such as Sherlock Holmes Through Time and Space, edited by Marty Greenberg and Charles Waugh, and Worlds of IF, edited by Fred Pohl.

Perhaps most notably, they published the first three volumes of Gardner Dozois’s groundbreaking The Year’s Best Science Fiction series, which just celebrated its 30th volume with publisher St. Martin’s Griffin, who took over when Bluejay folded.

Frenkel accomplished a major coup when he negotiated the rights to the back catalog of several big names in the genre, including Philip K. Dick, Theodore Sturgeon, and Harlan Ellison. Bluejay re-released some of their most important works in handsome and sturdy permanent editions, including Deathbird Stories, The Stars are the Styx, and The Zap Gun.

But Bluejay really made a name for itself with their novels. They published Dan Simmons’s first novel, Song of Kali (1985), winner of the 1986 World Fantasy Award; Greg Bear’s EON; Diane Duane’s The Door Into Shadow; Vernor Vinge’s The Peace War; and many other acclaimed works from a host of talented writers.

Below is a sample of 48 Bluejay releases (with the two images above, that brings it to an even 50) — just a few of the titles you could find in bookstores in the mid-80s. It’s an extremely impressive catalog. Most titles appeared first in hardcover, followed shortly thereafter by a trade paperback edition (to my knowledge, Bluejay did no mass market paperbacks). Most titles are readily available today on sites like eBay; I haven’t had much trouble tracking down most of them.

Click on any of the images for larger versions.

I’ve owned/own a few of these (The Zap Gun trade was the first PKD I ever read — it’s illustrated!). Copy of Sturgeon’s Dreaming Jewels was definitely mass market, though I suppose it’s possible someone else used the same cover for a mm release? I’ll see if I still have it. 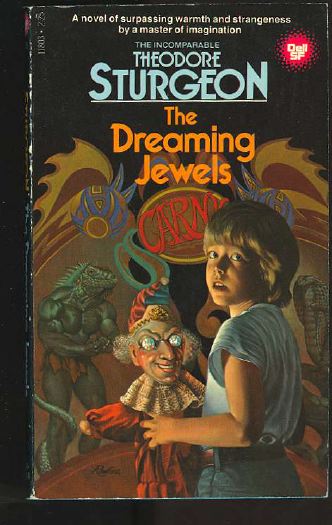 I think that may have happened with a few of the Bluejay editions.

And I hadn’t realized THE ZAP GUN was illustrated! I may have to track down a copy of this edition…

It looks like I owe my mid-teens obsession with Harlan Ellison to Bluejay Books. I’m of several minds about that.

I bet you are. I keep running into this phenomenon… which of course is why we have the maxim “Never meet your heroes.”

I had a similar problem with Orson Scott Card. I adored ENDER’S GAME and SEVENTH SON… and now I find I can’t pick up a Card book without thinking of his blind hatred towards, and crusade against, homosexuals. I haven’t been able to enjoy his writing in years.

[…] Black Gate posts a fond reminiscence of Jim Frenkel’s career as an editor…all without mentioning that he is a serial sexual harasser.  This is how harassment is minimized and erased and it’s not okay. […]

As Bluejay he also screwed some writers badly.

I hadn’t heard that. Do you know who?

[…] Bluejay Books did permanent hardcover editions shortly after the Dell paperbacks appeared, all with Rowena covers — and even published an additional one, Alien Cargo (see them all here). […]