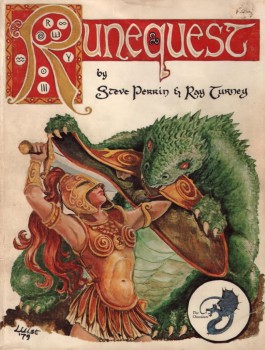 The death of Gary Gygax, co-creator of Dungeons & Dragons and one of the fathers of the roleplaying game, provided added impetus to the already-extant (in 2008) re-evaluation and appreciation of what have come to be popularly known as “old school” roleplaying games. An important part of that re-evaluation centers on the literary origins of RPGs, particularly the books that fired the imaginations of their designers. Gygax helpfully provided us with a list of the authors who were, in his words, “of particular inspiration” to him. This list is now known quite widely simply as “Appendix N,” since it first appeared as just that, a lettered appendix at the back of his Dungeon Masters Guide (1979).

Appendix N has been much discussed over the last half-decade, becoming a significant talking point for those interested in the origins of the hobby of roleplaying. For example, there is much debate regarding the extent to which D&D truly captures the spirit of the books Gygax presented as being “the most immediate influences.” So energetic has the discussion of Appendix N become that it has not only spilled over into the wider world of fantasy (including this very site), but it has led to a mini-revival in pulp fantasy, with authors such as Abraham Merritt, Fletcher Pratt, and Margaret St. Clair (to cite but three on Gygax’s list) receiving more attention in recent years than they probably have in decades. Within the roleplaying hobby itself, Appendix N is well on its way to becoming a “brand,” with at least one RPG, Goodman Games’s Dungeon Crawl Classics, heavily promoting its own adherence to Gygax’s canon as one of its major selling points.

The creators of other early roleplaying games were usually not as forthcoming in acknowledging their literary inspirations, though there are, of course, exceptions, such as Steve Perrin and Ray Turney’s RuneQuest. First published in 1978, RuneQuest is, in its own words, “a departure from most FRP (as they are abbreviated) games” in that it is “tied to a particular world, Glorantha.” The brainchild of Greg Stafford, Glorantha is a fantasy world evocative of ancient history and myth and one of the most enduring settings in the hobby. For that reason, Glorantha is also frequently described as being both complex and idiosyncratic to the point of being inaccessible to newcomers.

I do not share this judgment of Glorantha, but I understand why some might make this claim. Fortunately, its designers offered some insight into their own inspirations in a bibliography that they coincidentally also labeled “Appendix N,” a full year before Gygax would use the same designation. Like Gygax’s own list, it is not exhaustive, but only “contains those [books] we felt exemplary or exceptional.” RuneQuest‘s Appendix N one-ups Gygax, in my opinion, by being an annotated bibliography, which provides additional insight into not just what books and authors were inspirational, but why. 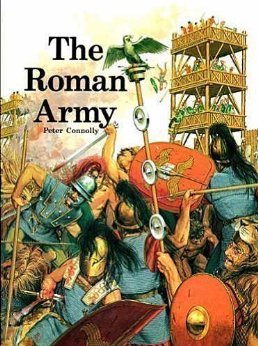 Interestingly, there are a fair number of non-fiction books on the list, starting with the 1961 popular archeology book, Four Thousand Years Ago, by Geoffrey Bibby (mistakenly called George Bibby in RuneQuest). This book discusses life in the second millennium B.C., which fits the generally Bronze Age feel of Glorantha. The authors add that “anything by Bibby is recommended.”

Another archeology book to make the list is John Coles’s Archaeology by Experiment (1974), which discusses “the practical side of archeology,” including the use of ancient techniques to build artifacts and structures.

Perhaps not surprisingly, given that most of the creators of RuneQuest were involved in the Society for Creative Anachronism in California, Appendix N is also filled with books on historical arms, armor, and military history. The Roman Army (1974), The Greek Armies (1977), and Hannibal and the Enemies of Rome (1978), all by Peter Connolly (misspelled as “Conally” in the list), appear, as does John Keegan’s The Face of Battle (1976), the latter of which is described as “a must for anyone wanting to know some truth in grisly detail about ancient and medieval warfare.” The list includes several more non-fiction works, primarily in this same vein.

Where RuneQuest‘s Appendix N is most interesting to me is in the field of literature, which includes almost equal parts historical texts and 20th century fiction. Both King Harald’s Saga and Njal’s Saga get a nod, with the former being lauded as proof that “you do not need fantasy to create legend.” Le Morte d’Arthur is also listed, which is no surprise if you are familiar with Greg Stafford’s later roleplaying game, Pendragon (1985), which he often calls his “gaming masterpiece.”

The first fiction writer to be mentioned is Robert E. Howard for his Conan (and other) stories. Conan is described as “the archetypal noble and savage barbarian,” whose adventures are “written with muscle and guts.” Fritz Leiber’s tales of Fafhrd and the Gray Mouser are called “a basic source of modern fantasy,” a phrase used again in reference to Michael Moorcock’s Elric novels. Clark Ashton Smith, a personal favorite of mine, is recommended as an author “which everyone should at least taste.” Rounding out the fiction entries is J.R.R. Tolkien, whom the authors say “is rightfully accorded as the Master of fantasy, and if you have not yet read LotR please do yourself a favor.” 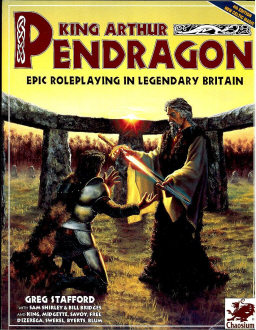 The entirety of RuneQuest‘s Appendix N offers a fascinating peek into what makes this fantasy roleplaying game both similar and different from others, both before and since. For one, the majority of books in this bibliography are non-fiction, which only makes sense given the game’s emphasis on ancient history and myth. The literary entries follow a similar pattern, with nearly half of them being the products of past cultures.

Furthermore, the modern literary entries seem to have been included more as general examples of contemporary fantasy rather than as books that contributed specific ideas to the development of the RPG. RuneQuest is alternately praised and derided in the gaming world for its differences from contemporary fantasy. Compared to Dungeons & Dragons, Tunnels & Trolls, or Chivalry & Sorcery, three games already on the market in 1978, RuneQuest shows comparatively few direct borrowings from Howard, Leiber, or Tolkien (there are no hobbits or “halflings” in Glorantha, while they can be found in all three of the aforementioned RPGs).

The Appendix N concept is one I find invaluable as both a player of roleplaying games and as a reader of fantasy literature. By revealing the books and authors that a game designer has found of particular inspiration, to borrow a phrase, we are given some insight into not just the influences upon him but also how he wished the game to be played. Seeing that the vast majority of Gary Gygax’s reading list was published prior to 1970, for instance, gives us a window into how he saw Dungeons & Dragons, as surely as seeing large numbers of historical and archeological texts in RuneQuest‘s bibliography gives us the same.

This is not to suggest that any work of art is forever bound to its creator’s particular vision. Indeed, of all works of art, roleplaying games quickly take on lives of their own, as players and referees across the world make them their own, often going in directions unanticipated by their creators. Even so, there is value in understanding a creator’s intentions and Appendix N and similar bibliographies provide just that.

Nice to have you back James!

They were both coincidentally called “Appendix N”? That gets my crazy-synchronicity award of the day!

James, I was a fan of your old blog, and it’s great to see you here at Black Gate.

I’ve played a bit in Glorantha, and I wish I’d seen their ‘Appendix N.’ I remember having a difficult time getting my head around the basic feel of the game, what the essence of it was supposed to be, what kind of stories it was facilitating. As you point out, there is sometimes value in knowing a creator’s intentions, and I wish I’d better understood the intentions behind Glorantha.

james is back. good to see him again.

I am a long time RuneQuester, but cut my teeth on RQIII (Avalon Hill version). Never saw an appendix N in that version. Interesting read and looking at the sources it makes huge sense as RQ was always more bronze age and lethally military orientated IMO.

Glorantha, got all the RQIII supliments and nice reading and awesome ideas here and there. It has inspired great works such as the Griselda stories and Penelope Love’s The Widows Tale, but to be honest my group never bothered to try play there – then again we always tended toward wanting our own world that workes the way that makes snese to us.

I didn’t know about this list but the greater realism and historical influence in RQ is evident in the rules. Nice to see you writing again James!

Big fan of Glorantha and Grognardia. Fun piece. Is there a full listing of RQ Appendix N out there?

Thought you guys might be interested to know that Moon Designs, who now the rights=holders and publishers of Glorantha have a new encyclopaedic reference to Glorantha coming out.

Systemless, it was funded by a really popular Kickstarter that raised $250K. See the project here: http://www.kickstarter.com/projects/224590870/the-guide-to-glorantha/posts

it will have an Appendx G, derived rom the original Appendix N, but incorporating a host of material that writers and fans have drawn on over the years.

In interest of full-disclosure, I write for Moon Designs)

[…] recently posted here at Black Gate by James Maliszewski in his article “The Other Appendix N,” the very first Appendix N bibliography of inspirational reading ever printed in a […]

What’s great about this is how LITTLE the upcoming Appendix G has changed from this list. The number of recommended texts has expanded but the core remains the same.

[…] the sources for Steve Perrin’s original version of RuneQuest in his Black Gate post The Other Appendix N. In his article for us last October, Pete Nash examined the influences on his new edition, which […]

[…] has broadened his scope in the past year, with his Black Gate articles “The Other Appendix N,” detailing the recommended reading list in the 1978 edition of RuneQuest, and — one of my […]

To be clear, RQ was paying homage to Gygax and not the other way round. RQ Appendix N appears in second edition which was released in 1980 after AD&D DMG. RQ1 has no appendix but does have a bibliography.

[…] additional comment, googling turns up hits on Black Gate and […]

[…] life of its own within the role-playing community. Gygax’s list has been studied, dissected, and emulated. There’s even an Appendix N Book Club. Blogger James Maliszewski called Appendix N the […]