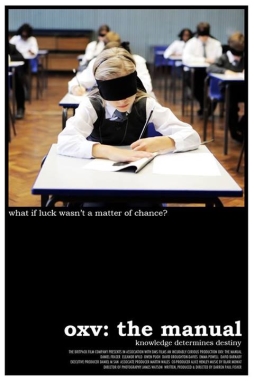 The 2013 edition of Montreal’s Fantasia film festival is well underway and I’ve been able to see three films so far, with more planned. A few days ago, I watched The Garden of Words, a visually spectacular 45-minute slice-of-life anime, and at noon yesterday took in After School Midnighters, a kid-oriented 3D animated movie that nicely balances plot and wackiness. Then, later that afternoon, I attended a showing of OXV: The Manual, a science-fiction film premiering at the festival. I was impressed enough to want to write about it here.

OXV is an exceptionally strong film, not flawless, but dedicated to its ideas and the science-fictional notions driving its plot. At its core are questions of determinism and free will, questions the movie builds to and explores rigorously. Around these themes it subtly but surely builds a kind of alternate reality, then over the course of its story develops that reality in ways that we don’t expect. The structure of the film is complex without being hard to follow, and opens up into a larger tale than we might at first suspect. Overall, it’s hard not to think of Primer while watching it; it’s not that the two films are similar, but they’re both good films that tell truly science-fictional stories on relatively limited budgets.

In a world, and specifically an England, where people’s relative levels of luck have been measured scientifically, an absurdly unlucky boy falls in love with the luckiest girl in the world. The boy has a low ‘frequency,’ the girl a high one; they cancel each other out and create wildly improbable events if they spend more than a minute together. Young Isaac Newton — in this world, people are named for great scientists and thinkers; Isaac’s known as Zak — persists in loving Marie anyway, despite the fact that a side-effect of her high frequency is a lack of emotion. With his friend, Theodore Adorno Strauss, he struggles to come up with a way to change his frequency. They succeed, developing a ‘manual’ that suggests words that alter the speaker’s luck. The movie develops from there, exploring ramifications and unintended consequences of their discovery. 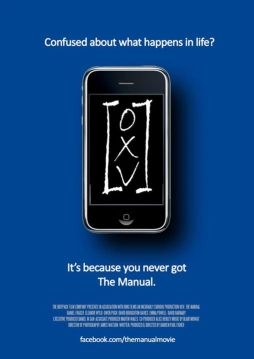 The acting in the film is uniformly strong, which is impressive since the story spends a fair amount of time in the childhood of its three main characters. Not only are the child actors good, but both child and teen actors seem to have the same affect and mannerisms of their adult counterparts; the film succeeds exceptionally well at pulling off the illusion of passing time. The adult leads (Daniel Fraser as Zak and Eleanor Wyld as Marie) are both very good, creating credible characters out of material that I can imagine might be unusual for an actor. Wyld in particular does a fine job depicting Marie’s slow awakening into the world of emotion without losing her sense of high intelligence.

But ultimately this film is the vision of producer/writer/director Darren Paul Fisher. Visually, he’s made strong and subtle choices. For one thing, he uses several unobtrusive techniques to establish different points-of-view for different characters in different parts of the story. I found he had a strong sense for the emotional rhythm of a scene, for bringing out dramatic undercurrents with a good choice of palette or camera placement or sound cues. Perhaps most impressively, though, he builds an alternate world by establishing small but noticeable changes in technology and fashion. This is not a high-budget blockbuster, but it feels like a complete reality of its own. 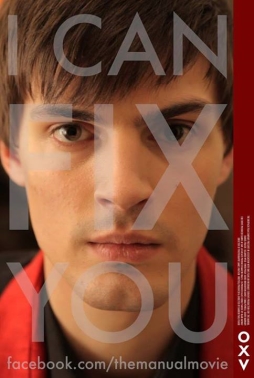 The writing is strong enough to support the sense of a detailed alternate history because the character-based drama is strong enough to ground the film in recognisable emotion. In a Q&A that followed the screening, Fisher commented that the film began with its ideas — it’s being sold as “the world’s first Scientific-Philosophical romance,” which in fact sounds like someone reaching to describe a pre-Gernsback science fiction story. He observed that given that focus on philosophy, on ideas about fate and free will, he knew it would be important to make everything else as strongly emotional as possible; hence the boy-meets-girl love story. Still, the romance doesn’t feel tacked on. It’s unconventional, insofar as it deals with a fundamentally science-fictional obstacle to true love, but successful in that the characters always feel like real people, acting as we’d expect in their given situations.

More than that, the film’s structurally clever, moving back and forth easily through time, and finding new angles to its story and central idea when you least expect it. And it lets that central idea resonate: this world’s division of people into lucky and unlucky allows for a pointed metaphor for social inequality. The idea of measurable ‘frequency’ becomes a symbol of a specifically science-fictional type, seeming to refer to specific contemporary issues but never quite reducing itself to any one certain allegory. 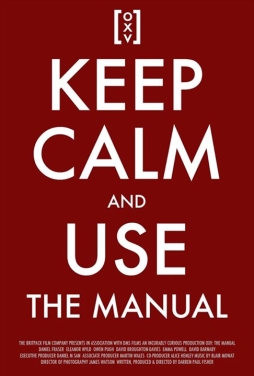 That said, there are weaknesses to the movie. One of them is the lack of actors of colour in speaking roles; there aren’t many speaking parts in the film, but the apparent ethnic homogeneity raises presumably-unintentional questions about how this society deals with race. (Did World War II go differently?) There’s also an attempt to extend the idea of frequency manipulation into the past that feels underdeveloped, raising more questions than it answers; and this ties into the issue of cultural homogenity as well, since frequency turns out to have to do with sound and music, specifically traditional western musicology as it developed at a certain time. One wonders how it interacts with other musical systems (Chinese, for example, or Indian). Since one of the character’s been given the name of Theodore Adorno, who composed in the twelve-tone system, the film even seems to raise the question itself. I just don’t know how to answer it.

Still, the film succeeds overall. If the depiction of frequency through history seems a bit facile, it still makes sense for the characters to believe what they do about the past, and it doesn’t directly affect the unfolding of the story. So the movie’s controlled investigation into its central questions are never less than involving. There’s something almost principled in the way it works with theme and narrative. And it does not lack for clever flourishes: the story opens with the fall of an apple, as in the anecdote of the original Isaac Newton, but here the name of the character responsible for the fall suggests another level of meaning and irony, and by the end of the story that apple’s mirrored with another fruit, suggesting a Kubrickian reference. There’s a constant understated intelligence to the movie that’s somehow unusual — it feels to me somehow more like science fiction, true idea-oriented science fiction, than an art-house film.

(So much so, in fact, it occurs to me that the film might have to be marketed carefully in wide release; I can see a general audience being confused if they come to it expecting a love story, and having the film suddenly change tack more than halfway through. Personally, coming to it knowing nothing beyond the science fictional high concept, I took it as a story that began by investigating its novum, its high concept, at a personal level and then expanded to more fully interrogate the world it created. That type of structure seems to me to be fairly common in sf. I honestly don’t know whether it’s a kind of story-shape a general audience would recognise and relate to.)

In the Q&A after the movie, Fisher said that he’s had some interest in the film since its first screening last Wednesday. He spoke of being able to enter it in more festivals, and a possible general release (if all goes well) sometime in 2014. I hope it works out. This is an intelligent, controlled film that I think deserves a wider audience.

Wow, that looks really good. I’m always looking for smart sci-fi films, a la “Another Earth” (*not* “After Earth”!).

[…] couple weeks ago, I discussed one of the movies I saw at this year’s Fantasia film festival, OXV: The Manual (which has since won the festival award for Most Innovative Feature Film). The last film I saw at […]

This is an amazing and unusually nonviolent movie. I would recommend it to anyone interested in deep ideas, or in a reality beyond the one with which we are familiar. I have watched this movie about five times so far, and still see new and interesting details. It reminds me of Primer, which has roughly eight layers of time travel.

I especially liked the part where nonsense words were shown to create a resonance in the nervous system that creates many interesting effects. This is surprisingly similar to the way that mantras work during transcending.