I was introduced to roleplaying in as a teenager in the early 90’s, and the game that did it was 2nd edition Advanced Dungeons and Dragons (AD&D). However, I’ve never had a real strong sense of nostalgia, so years ago – when I switched over to D&D 3rd edition – I got rid of my old 2nd edition books.

Since then, I’ve occasionally missed the streamlined simplicity of 2nd edition and lamented the loss of these books.

So imagine my pleasure when I received a package yesterday from Wizards of the Coast containing review copies of the three core 2nd edition rulebooks, repackaged and re-released for a new generation: 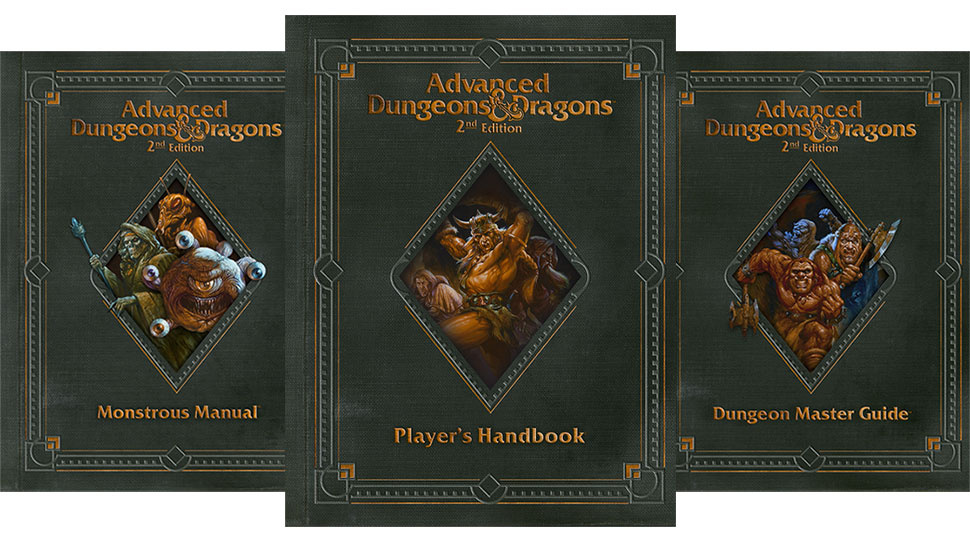 Diving into the Player’s Handbook, I am amazed at the number of little things that I’d completely forgotten about. Just a few of the tidbits that had slipped my mind … and which may be of interest to those who are more familiar with 3rd edition and later:

Overall, this last point is what stands out about 2nd edition: the characters are much more defined by race and class, with less flexibility in the core rules system. Though I’m spoiled by the customization options that are available today, there’s something to be said for a game where you can have a character fully created in a few minutes.

The thing that stands out to me with the Dungeon Master Guide is that it’s an extremely mechanics-driven book. Most modern gaming books for gamemasters have at least one chapter devoted to storytelling or running a campaign, but there’s nothing like that in this book. The 2nd edition designers had faith that dungeon masters would be able to come up with settings and stories on their own, without much direction on how to do this. If you give them the mechanics and let them work it out, you’ve got all the tools you need outside of your imagination.

If there’s a book that hasn’t changed much from 2nd edition, it’s probably the Monstrous Manual. With about 370 pages of monsters, though, it’s a dense collection of monsters with concise stat blocks and useful descriptions of how to incorporate the monsters into the game. But it’s a pragmatic book, not prone to fluff and flowery prose. 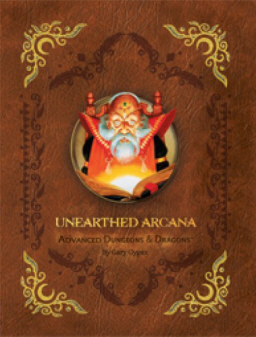 These reprints are part of an overall strategy for Wizards of the Coast. While they focus their efforts on creating D&DNext (the 5th edition of Dungeons & Dragons), they’re taking the opportunity to delve through their archives. They’ve released a whole slew of classic books digitally through RPGNow, and then have also gathered together some classic values to release in reprinted “Premium” editions. Two 1st edition books have gone Premium prior to this batch:

If you’d like some reminiscing about the creation of 2nd edition, I suggest hopping over to Wizards of the Coast to listen to their recent episode of the Dungeons & Dragons podcast, where they interview Steve Winter. It’s definitely interesting to learn about why some of the decisions were made … including some hints about how they’re trying to bring back some of the simplicity into D&DNext without losing the customization possibilities.

Disclaimer: Review copies of the books were provided by the publisher.

Dwarves and halflings can be clerics? My how restrictions were loosened between 1e and 2e … 🙂

And I’m glad they’re skipping right over the Monstrous Compendium (the wildly impractical three-ring binder filled with looseleaf pages) and going straight to the Monstrous Manual.

Sweet!
How much are these? I’ve been meaning to try D&D but have never really found and entry point.

As I recall, the shift from 1e to 2e wasn’t as radical as from 2e to 3/3.5 or from 3.5 to 4e — mostly it was cleaning things up and rewriting the core books in non-Gygax prose (which made them a lot more understandable but lost some of the charm of the originals).

[…] Wizards has expanded the premium reprint series well beyond the scope of their original announcement last August. They have already reprinted all four of the original AD&D rulebooks — including Unearthed Arcana — and in May moved on to Second Edition (examined in detail by Andrew Zimmerman Jones here.) […]