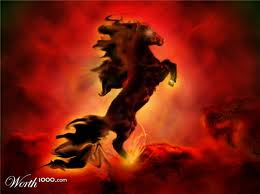 Once upon a time, I had the crazy idea that if a book was good, it would stay in print. I also figured that a “best-of” volume would probably have all the good stories from an author, and I was actually naive enough to think that if a work by a favorite author was out of print, it probably wasn’t as good as the work that was still on shelves.

I had a lot to learn.

Sure, it’s true that a lot of the classics never go out of print. And in my own experience, Sturgeon’s Law seems to hold pretty true — at least 90% of all art is pretty bad, which partly explains why things go out of print. That’s why, when I used to wander through a used bookstore past ranks of shelves holding books with titles and authors I’ve never heard of, I was pretty sure I wasn’t missing much.

The problem is, though, that sometimes I am. Sometimes there are fantastic works that slip past our attention.  Maybe they were ahead of their time. Perhaps they were badly marketed, or poorly distributed, or had a lousy cover. Maybe readers were all distracted by the second installment of the next big thing and word just never got out about this author or title.

I learned a couple of lessons while uncovering Harold Lamb texts. In the mid-to late ’60s, a number of Lamb’s great Cossack stories had been collected in anthologies. As much as I loved those stories — and I truly did, ranking them up there with Leiber’s Lankhmar tales — I didn’t bother trying to track down Harold Lamb’s other fiction for years. I had mistakenly assumed that editors would properly have taken care of his work. They hadn’t, of course, and I still remember the delight of finding fantastic Lamb novels and short stories unreprinted for almost a century and wondering to myself how I could bring them to the wider audience they deserved. I found a way, but most neglected authors aren’t lucky enough to have a crazed fan with editorial training promote their work.

I then made another mistake: I incorrectly concluded that the old pulp historicals where Lamb had been printed were probably brimming with great fiction. A few years of research showed me that Sturgeon’s Law held up for fiction published in old Adventure magazine as well. At least ninety percent of it was crap.  A handful of authors were as good as Harold Lamb, but none were as consistently excellent. Lamb blew the curve — the exception, not the rule. I didn’t come out of that research with a big list of authors who needed the same kind of care, but I did turn up a number of fine stories that deserve not to be forgotten. Unfortunately for them, it will have to be some other crazed fan who rescues them, because I am low on spare time. 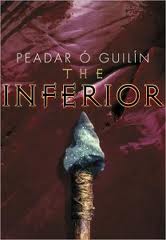 Now that I’m published myself, I’ve met authors with hard luck stories. There are a lot of them, and it is all too easy to dismiss the complaints and say, ah, that author didn’t play it smart, she shouldn’t have made that choice,  how could he have thought that idea would sell, and so on. You know the questions. I guess the unspoken assumption by a lot of us is that if a book doesn’t sell well, the author must be making excuses and the real issue is that the book is no good. Keeping in mind that Sturgeon’s Law really does seem to hold true, nine out of ten of those books probably aren‘t that good. But that means that some of them are. And some of them might be very good.

I recently read an overlooked book that was excellent, Peadar O’Guilliln’s The Inferior. Peadar wrote about his own experience with the book and the series just last month. Now that I can personally vouch for how compelling The Inferior was, I can point to it and say hey, this is a LOT better than many books that have sold exponentially better. That doesn’t really help Peadar, though.

What to do? I wish I could tell you. I wish I could offer advice to other writers about how to not experience the nightmare of having your work sucked into limbo… yet I’m not sure what can be said, because I’m always a little worried that the same thing might happen to me. Maybe all authors are.

Now when I walk past those rows of dusty books in used bookstores, I can’t help wondering not only how many great books there are, unknown to me, but how many of those authors meant to launch a career with those books, only to have something go wrong and have the dream yanked away. It can take a long, long time to get your writing over the editorial desk and into book covers. How must it feel to have worked for so long, to come so close, only to have it snatched away?

I hope that I never find out. All I can do, personally, is to remember to have a little humility the next time I hear a hard luck story. The nightmare CAN happen to any of us.

>Now when I walk past those rows of dusty books in used bookstores I can’t help wondering not only how many great books there are, unknown to me,

When I was younger, about 25 years ago, I spent time trying to read everything that was published in the SF genre. I felt overwhelmed, because there was so much stuff being published that I knew I could never read it all, and I was worried that I would miss “something good”. I still worry that I will, but I have come to accept that the great stuff will eventually appear. The Harold Lamb books are a great example, I bought both Desert and West after reading reviews here.

Self publishing may be the only way to ensure that your work will continue to exist and be available to readers. If you self-pub it as an ebook through Kindle, and paperback through Createspace, you not only guarantee it will stay in inventory as long as you want it to, but you also make more money per book sold. The self-publishing stigma is becoming a thing of the past. More “name” writers are doing it. I know one NY Times best selling author who had a book that was actually rejected by his publisher mostly because the subject matter (terrorism) was too sensitive right after 9/11. He has published it himself and it’s selling. The traditional publishing paradigm is beginning to become a thing of the past. I would never have thought this five years ago, but times they are a-changing. Perhaps publishing contracts should now contain a clause that allows the author to self-publish once the publisher remainders it. Or just eliminate the middle man and do it yourself.

Thanks for the kind words, Howard. Nobody will leave you on the shelf, don’t worry 🙂

Occupational Hazard, this is. (Or that’s how Yoda would put it.) I think the trouble is especially great with fiction. First, there’s more of it than anyone can possibly read. Second, a lot of it is essentially of its time…and doesn’t age well. Third, the publishing model almost guarantees that “Out with the old, in with the new” is the only thing they understand. Curiously, academia does better. My book DEAF SIDE STORY has sold fewer than 500 copies but remains in print a decade after its publication, and continues to sell a few copies here and there each month. Go figure.

Interesting and a little heartbreaking. It sucks when good and great books fail to get the attention they deserve. But, I think John Whalen is right that there are new options out there. Self publishing,having an established writer serve as mentor/ champion,decent amounts of self promotion, etc. can all help. What matters, perhaps, is for writers to constantly be aware of what the industry is up to (and what options they have). And to always remember why we write.

I’m trying to figure out if it’s actually worse for new & midlist authors these days, or if I’m just more aware of the situation because of social connections (Facebook, Black Gate, etc.) and because I’ve been around long enough to see a couple of generations now.

JLB, it’s true — having a community of folks to recommend things does help to avoid missing things — or point out treasures that you’ve missed. Like that film that Mark Rigney discussed in his article today.

John, I think self-publishing is a great and wonderful alternative. I’m not ready to throw traditional publishing under the bus yet, though — I have had a great deal of help from my publisher, starting with some excellent editing help. Of course, I have heard that not all writers have as good an experience with editorial as I’ve been fortunate enough to have.

sftheory1 — I think that’s good advice. Remembering why we’re doing this crazy writing thing in the first place can give us perspective when we lose our way.

Joe — I just don’t know. I didn’t really understand the discussions until I was in the middle of them myself. I hear stories that it used to be easier, and, fan of pulp fiction that I am, I read enviously of a time when an author could make a living writing short stories in a variety of magazines. Ah well.

Well, as a reader I’ll keep doing my part. At least until my condo collapses into the downstairs unit under the weight of groaning bookshelves.