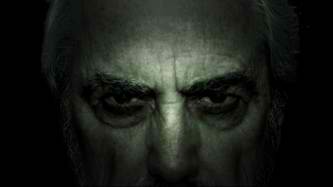 Norbert Jacques’s criminal mastermind was immortalized in three classic Fritz Lang films made between 1922 and 1960. As in the original bestselling novel, the title character in Lang’s epic 5-hour silent film, Dr. Mabuse der Spieler, served as the incarnation of post-war German decadence.

A decade later, Lang returned to the character in the classic The Testament of Dr. Mabuse, imbuing the character with an occult influence as Dr. Baum becomes obsessed with the institutionalized Mabuse to the point where he believes he is possessed by his recently-deceased patient’s spirit. Fleeing Germany shortly after the film’s completion, the Jewish Lang proudly noted that in this film, Mabuse served as a critique of the Nazi Party that had recently risen to prominence.

At the end of his career, Lang returned to the character for The Thousand Eyes of Dr. Mabuse, but the mesmerizing criminal genius was now awash with Cold War paranoia amidst a tale that painted the inexplicably reborn Mabuse as the personification of the Big Brother-style East German communist government forever spying on the people it seeks to control.

These three unique films are just as potent for post-9/11 audiences as they were in their original eras. Each stands as a chilling reminder of what it was to be a part of Germany in each period of the 20th Century being portrayed.

Lang’s swansong paved the way for a series of low budget Mabuse crime thrillers in the 1960s. While lacking the sophistication and artistry of Lang’s films, the sixties Mabuse series helped bridge the gap between Edgar Wallace krimi and James Bond imports for German audiences of the decade.

French New Wave director Claude Chabrol took his own stab at paying tribute to Lang and Norbert Jacques with his cult classic, Docteur M, which sought to use the Mabusian Dr. Marsfeldt as a human representation of the Berlin Wall.

The character of Dr. Mabuse had a pivotal role to play as a signpost for German society over a seventy year period, but the property had quickly begun to fade from audience memory, except among film buffs who revered Lang’s three classic films. Talk of a revival by German director Cyrill Boss a few years back appears to be mired in development hell. Fans of the cult crime series had all but given up hope of ever seeing the sinister Mabuse return to the screen. 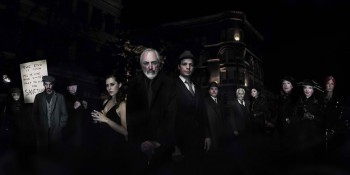 While far from a household name, Hollinsworth Productions is the brainchild of 20 year-old Ansel Faraj. Despite his youth, Faraj is a veteran writer-director with numerous direct-to-DVD productions to his credit in a great variety of genres. When Doctor Mabuse is released in May 2013, it will represent Hollinsworth Productions’ step up to professional actors and equipment. The stars of this contemporary low budget thriller, which seeks to capture the feel of the original series, are three familiar faces from the cult 1960s vampire soap opera, Dark Shadows. Jerry Lacey takes the title role of Mabuse, while Kathryn Leigh Scott and Lara Parker are the female leads.

The trailer for the new Mabuse film debuted at the stroke of midnight on November 1 and can be seen on YouTube or on the official website, http://www.doctormabuse-themovie.com

As with Chabrol’s effort, Faraj has chosen to pay tribute to the past with the names of several of the new film’s characters. Kathryn Leigh Scott plays Madame Von Harbau, a nod to Thea Von Harbou, Fritz Lang’s wife and writing partner who scripted the first two films in the series with the legendary director, as well as his other early cinema classics such as M and Metropolis. David Graham’s character of Oscar Lang is a nod to both the director and the man who played Dr. Baum in The Testament of Dr. Mabuse, Oscar Beregi.

Inspector Lohmann, the protagonist of both Lang’s classic crime thriller M and the otherwise unrelated The Testament of Dr. Mabuse, became a recurring character in the 1960s films where he was played by Goldfinger himself, Gert Frobe. Indeed, Inspector Lohmann has his own tribute here in the form of Nathan Wilson’s character, Inspector Lohemann. 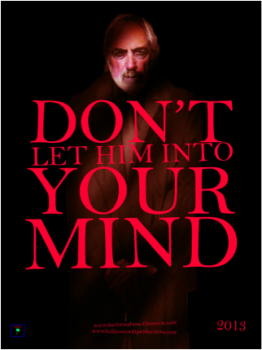 The appearance of John C. Smith as The Apocalypse Man and Annie Waterman as Madame Hecate demonstrate that Faraj has rooted his film in the same occult trappings that Lang mined when he sought to revive the character. Norbert Jacques’s original novel and Lang’s first film made strong use of seances and Tarot card reading, so the progression was a natural one for both Lang and Faraj.

While for many genre fans, it will be the draw provided by the stars of Dark Shadows that encourages them to seek out the film next May, fans of Fritz Lang and those cultists who have fallen under the spell of the mysterious figure who could be anyone will certainly welcome the dread doctor’s long-awaited entry into the 21st Century.

If you have never sampled the chilling madness of Dr. Mabuse’s world, I would encourage you to seek out the original films now and see if you are not hooked. You too will then welcome the new film, for we always knew at some point someone would intone, “Permit me to introduce myself. My name is Dr. Mabuse,” and our world would never be the same again.