Every society has magic. In some, it’s kept underground. In others, it’s incorporated into the fabric of accepted religion. The Byzantine Empire had both.

Of the forbidden magic, time and Church censors have erased all but a trace. The accepted or at least tolerated magic, however, gives us a fascinating glimpse into the minds of a society that considered itself a continuation of the Roman Empire.

Late last year I was sent on assignment to write a series about travel in Greece. One of the highlights was a visit to the Byzantine Museum in Athens, which had a display on Byzantine and early modern Greek magic.

Apotropaic magic, which protects the user from evil influences, was very popular in the Byzantine era. It’s unclear what particular evil these charms protected their wearers from. 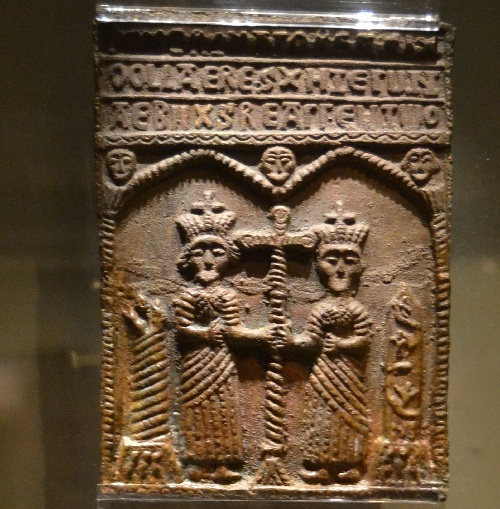 Magical plaques could be placed in homes or shops to protect the occupants from evil. 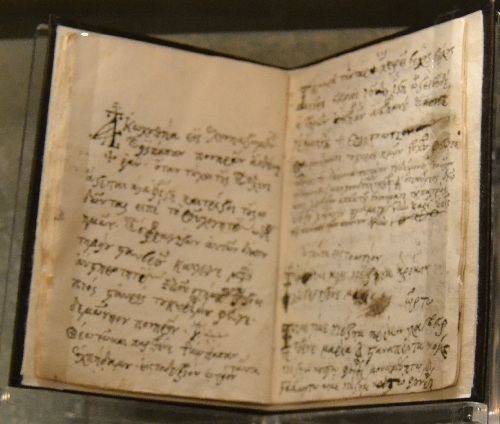 Magical practices that were accepted by the Greek Orthodox Church survived longer. This manual for exorcism dates to the 18th century. 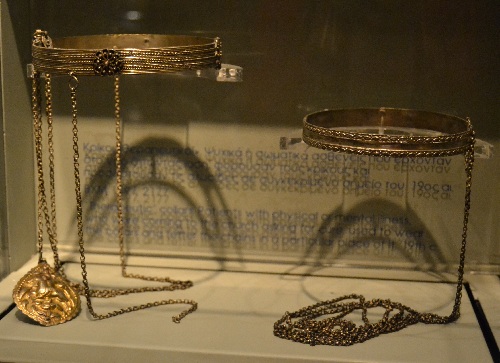 Another long-standing practice was the use of these magical collars. They were put around the necks of the physically or mentally ill who came to the Church in the hope of a cure. 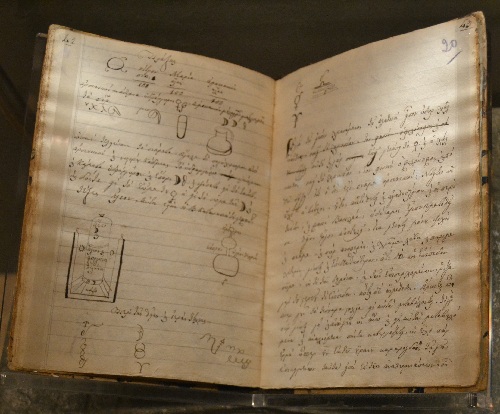 The Greek world didn’t miss the Renaissance and early modern craze for alchemy. This alchemical treatise and workbook dates to the 18th century. 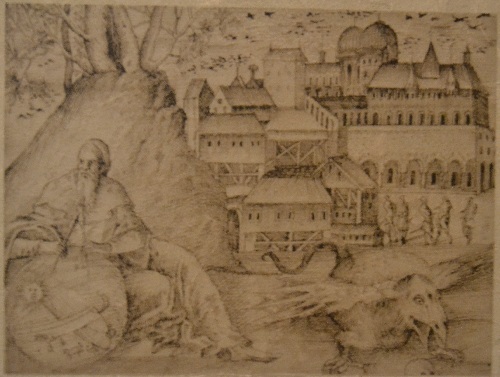 Another field of study that was looked at askance by the Church was astronomy. Many early astronomical drawings are loaded with symbolism reminiscent of alchemical symbolism. This 1592 engraving is titled, “The Astronomer Nitos in the Land of the Sun.” 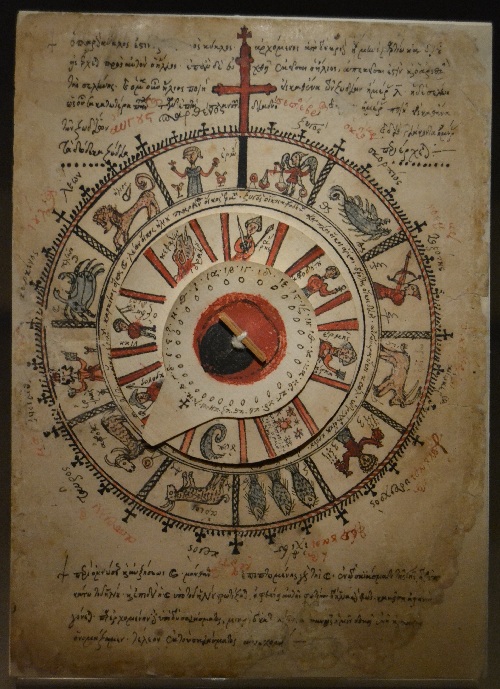 The Church did resort to astronomy at times. This table with zodiacal signs from the 16th century was used to calculate the dates of Easter and other moveable feasts.

Greece is a fascinating destination for anyone interested in the Middle Ages. While its ancient ruins garner the most attention, the country is filled with sites dating to the Byzantine, Crusader, Venetian, and Ottoman periods, including some of the best castles in Europe. Travel in Greece is safe and cheap, and they could really use your help right now!

Sean McLachlan is a travel, history, and fiction writer who divides his time between Spain, England, and Missouri. His historical fantasy novel A Fine Likeness is set in Civil War Missouri. His novelette, “The Quintessence of Absence,” will appear in the next issue of Black Gate. Visit him on the web at his blog and Facebook page.

I find the history of Byzantium and Constantinople (now Istanbul) fascinating. By any standard, this often-overlooked and understudied empire of the Western Romans was very successful, lasting over a thousand years.

While the rest of Europe was in the grips of the Dark Age, Constantinople, the wealthiest city of the time, was enjoying its golden age.